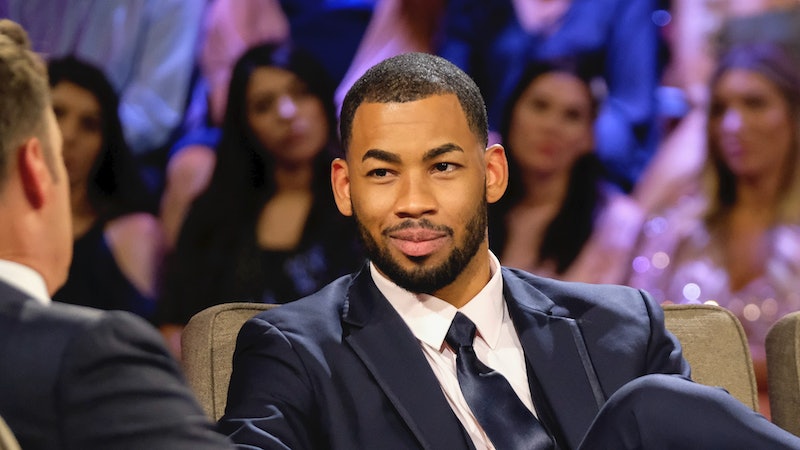 Despite rumors to the contrary, it turns out Mike Johnson and Demi Lovato's relationship may not be over, as the Bachelor Nation star teased during a Wednesday, Oct. 23 interview on Power 105's The Breakfast Club. When pressed by co-hosts Charlamagne tha God, Angela Yee, and DJ Envy about his current relationship status, Mike played coy, not revealing whether he is or isn't "with somebody" right now.

A source told People in September that Johnson and Lovato were "having fun and getting to know each other." Then, during a Sept. 29 interview on Ben Higgins and Ashley Iaconetti's Almost Famous podcast, he admitted they'd gone on more than one date and Lovato "kisses really well." Johnson also gushed that he's "all about" the singer, describing her as "a really humble, really cool, really fun, down-to-earth person."

Weeks later, Mike was much more reluctant to discuss their potential romance during an Oct. 14 appearance on GMA3: Strahan, Sara & Keke — leading some to belive the pair may have split. Instead of addressing the relationship, the Bachelorette contestant decided to ask Keke Palmer out on a date during his interview.

During his Breakfast Club chat, Johnson explained he was "deflecting" Palmer's question because he "didn't want to be asked about" Lovato and had "made a mistake" by being so open publicly about their dates. Johnson added that he was trying to be "playful" and that the on-air proposition was "innocent." Even so, he conceded that criticism over asking a Palmer on a date while she was working was "fair" and that he's "new to this."

Sharing a clip of their exchange on Instagram, Palmer wrote "even at the workplace" adding the hashtag #imtakenbymyjob. Later, she explained her flustered reaction to Johnson's pickup line during the Oct. 16 episode of GMA. Palmer shared that she wouldn't take Johnson up on his offer because she gets "real spooked about entertainers or reality [stars]" and that she felt he "ambushed" her by asking her out "in front of everybody."

Also during his Breakfast Club interview, Johnson discussed why he thinks he wasn't chosen as ABC's first black Bachelor. After stating that he "was in contention and talks about it" before the network ultimately chose his cast mate, pilot Peter Weber as the new Bachelor, the San Antonio native admitted he doesn't think the producers' decision had anything to do with his race. He said he does believe, however, that Bachelor ratings would have gone down "a little bit" had he been selected, because some of the audience "may not be familiar with the black lead." Johnson also made it a point to make a correlation that the franchise's first black Bachelorette, Rachel Lindsay, has the lowest count of social media followers among her counterparts from recent Bachelorette seasons.

Whatever reason ABC had for not selecting Johnson as the next Bachelor, he remains a fan favorite and seems to have had at least some success in his dating life post-Bachelorette and Bachelor In Paradise. As for whether or not he's still dating Lovato, his most recent update certainly leaves the door open for interpretation either way.