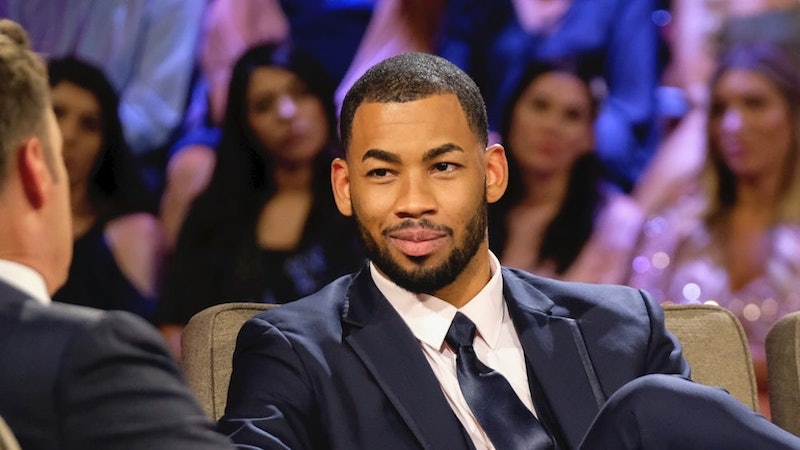 Proving himself once again to be a true gentleman and overall standup guy, Mike Johnson reacted to Matt James' recent Bachelor casting with a sweet video message. Last week, ABC announced that Matt would serve as the lead for the network's upcoming season, thereby making him the first Black Bachelor in the franchise's history — a title many had hoped would go to Mike, who became an instant fan favorite during Hannah Brown's recent season of The Bachelorette. Alas, it just wasn't meant to be, but the former contestant bears no ill will against Matt. In fact, he couldn't be happier for him.

"I just want to give a huge shout out to Matt James," Mike stated in a heartfelt video that he posted to Instagram on Friday, June 12. "I definitely texted him earlier but I want to show him love and shout him out publicly as well." Additionally, Mike had some kind words to say to ABC for bringing some much-needed diversity to the franchise. He also thanked the fans for the role they played in helping to make this change happen. "They listened to us, I'm giving you guys a shout out, the fans," he continued. "You guys marched and sent all these emails, I'm sure. ...Your guys' voice is definitely being heard."

It was then that Mike turned the attention on himself and assured fans that he is completely fine with the decision and doesn't hold any grudges that he wasn't the one picked for the position. "Don't feel bad for me at all. I am just so elated. I have so many things coming down the pipeline," he added. "I hope that you enjoy my book, I have so much to talk about. Quite honestly, be happy, baby. Don't say nothing bad about my homie. Matt's going to do a great job."

And being the tried and true charmer that he is, Mike made a point of giving a shout-out to Claire Crawley, who will serve as the next Bachelorette prior to Matt's Bachelor season. "Let's not forget, baby Claire is coming first. So baby, we love you and we can't wait for you to find your spouse," he concluded, while giving Matt one last piece of advice: "And Matt, do your thing, homie."

And, just like that, Mike managed to quash any Bachelor feud before it began. Let's hope that Mike eventually gets the happy ending he deserves — whether we ever get to see it play out on-screen or not.