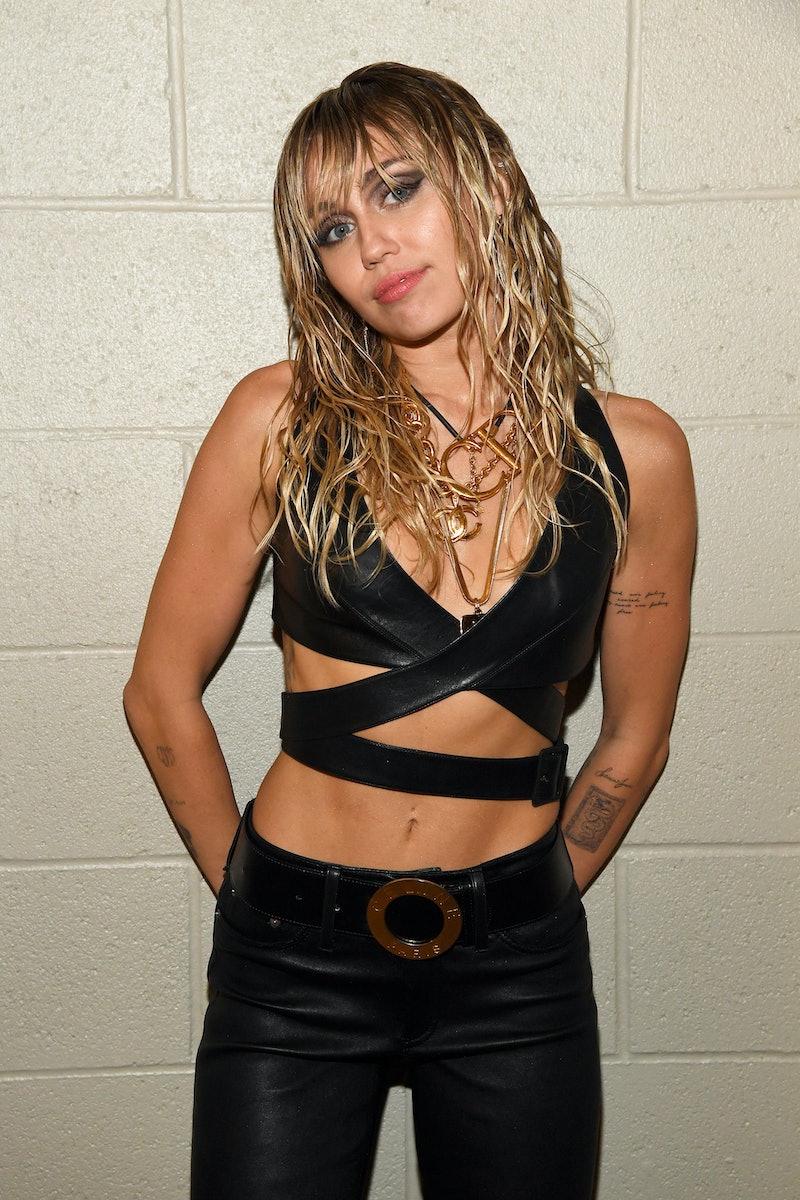 For the first time as a couple, Miley Cyrus and Cody Simpson spent Christmas together. Both singers shared photos and videos on Instagram capturing their festivities. Their time together comes after news that Cyrus and Liam Hemsworth settled their divorce, according to a Dec. 24 report from TMZ. Bustle has reached out to reps for Cyrus and Hemsworth, but did not receive an immediate response.

Simpson didn't spend the holiday with just Cyrus, but also with her family, just like he did for Thanksgiving. The Australian musician took a group photo with the Cyrus family in front of the Christmas tree and even posed for a selfie with the "Don't Call Me Angel" singer. He also shared a video of Cyrus twerking and another one of himself sitting on the couch with her mom, Tish Cyrus.

Reports first surfaced of Cyrus and Simpson's relationship in October, not long after she split from Hemsworth in August. Hemsworth officially filed for divorce on Aug. 21 citing irreconcilable differences. Just before Christmas, on Dec. 24, Entertainment Tonight reported that Cyrus and Hemsworth reached a settlement in their divorce. The divorce news, which broke almost exactly one year after they wed, may have come swiftly, but it was reportedly without much drama. A source told ET that the couple "had a prenup so dividing property wasn't an issue." The source also noted that Cyrus will keep their many pets, and, according to ET, once they complete the necessary paperwork, the divorce won't be finalized for six months.

As for Hemsworth's Christmas, he shared a photo of himself on Instagram on Dec. 24. In the photo, the actor is wearing a hat, sleeveless shirt, sunglasses, shorts, and a cooler, all while holding a beer. He captioned the image, "Locked and loaded. Bring on the festivities!"

Like Miley, it appears Hemsworth has also moved on from their marriage. He was rumored to be dating Maddison Brown. As reported by People in October, the two were spotted getting cozy in New York City, though neither of them have spoken publicly about the nature of their relationship. In fact, in a December interview with the Daily Telegraph (via the Daily Mail), Brown wouldn't comment on the status of her relationship with Hemsworth. "I'm not answering that question," she declared. "My rule is not talking about my personal life."