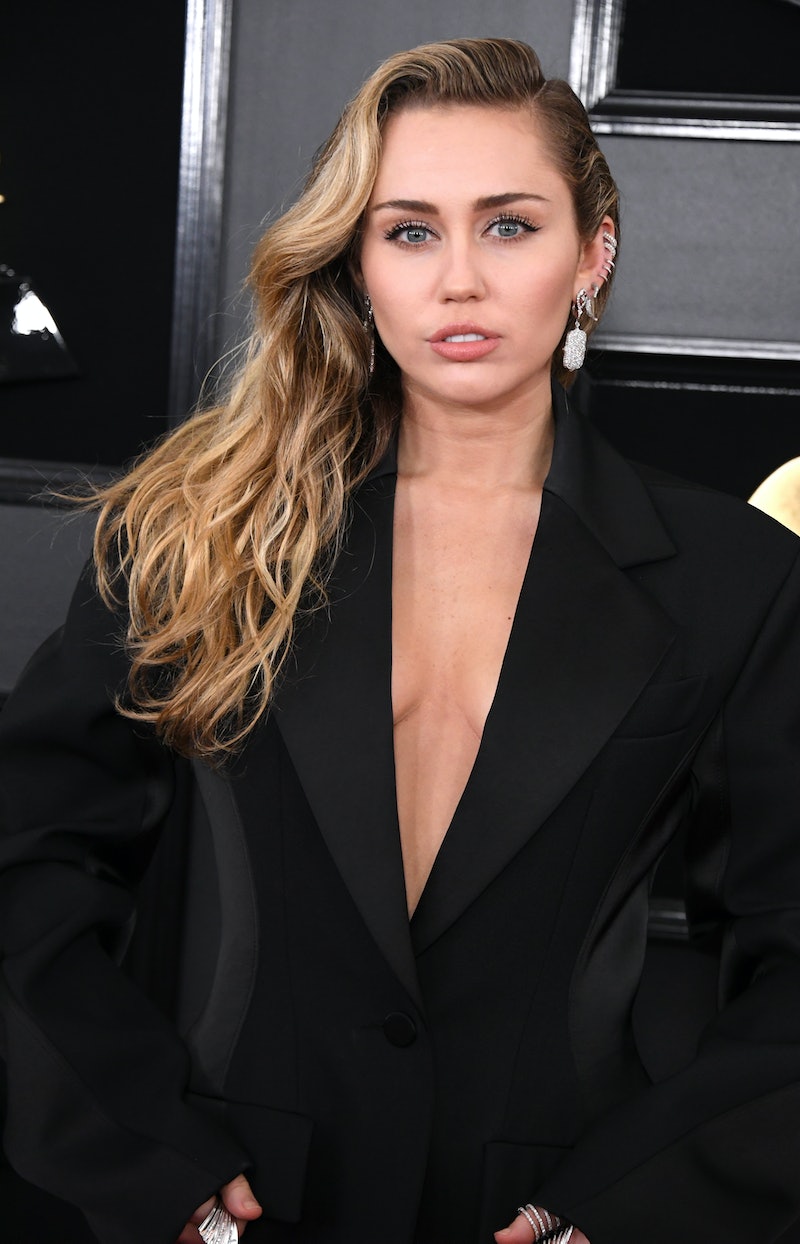 When it comes to her next album, Miley is just being Miley. It's why Miley Cyrus' new album will be "genre-less," according to the singer. When talking to Vanity Fair for their latest cover story, Cyrus dropped some hints about her next album, saying it would be “just kind of a mosaic of all the things that I’ve been before.” And like Cyrus herself, that means this release will be hard to define.

As a "genre-less" record, the singer's next release will feature a little bit of everything. “There’s psychedelic elements, there’s pop elements, there’s more hip-hop-leaning records,” she told Vanity Fair of the record, which she's hoping to release by the summer of 2019. All are genres Cyrus has dabbled in previously — on 2013's Bangerz, 2015's Miley Cyrus & Her Dead Petz, and 2017's Younger Now. But, unlike those albums that pretty much stuck to one genre each, her new album will see the artist try to bring all her musical sides together. According to Cyrus, this kind of musical patchwork is a better representation of who she is. “You know, in the same way I like to kind of just be genderless," she told the magazine. "I like feeling genre-less.”

In the March issue of Vanity Fair, Cyrus talked about wanting to break the boundaries not only musically, but personally. In Cyrus' memo to the world, which weaves in and out of the cover story, she stated she's "someone who takes such pride in individuality and freedom, and being a proud member of the LGBTQ+ community," defending her choice to wear a dress at her wedding to Liam Hemsworth.

In fact, in her memo she revealed that working through this idea of what a woman should be inspired her new music video for “Nothing Breaks Like A Heart," which sends a strong message about gun control. She wrote that the video was all about "the amount of disruption it causes to see a 'female' living outside of societal norm. Where men can be praised, women are frowned upon," she said. "I’ve experienced that first-hand."

She's also seen first-hand the inequality in the music business. In the interview, Cyrus noted that "every producer I’m working with on this new record is male. There’s not a lot of female producer options for me." Cyrus didn't say whether she would look to change this for any upcoming projects, only saying, "it’s fun to be the female in the room that has the most say.”

To work through all of her feelings about the world around her, Cyrus said that writing helps. "Not just songs, but streams of consciousness," she wrote in her memo. "I let myself babble, and in all that junk sometimes there is treasure!"

Cyrus knows people will listen to her, and it's why she thinks it's important to speak up, whether it's for LGBTQ rights, women's rights, or animal rights. (She told the mag she's living her life as a "sustainable vegan activist.") "I’ve said it before, and in this I will always be certain," she wrote in her memo, "if you think I’m a rebel without a cause, you aren’t paying enough attention."

Cyrus new album might be hard to define, it's clear that she knows who she's becoming. And soon fans will get a chance to hear who she is, too.

More like this
Selena + Chef Season 4 Was Filmed At Hannah Montana's Old Malibu House
By Jake Viswanath
Beyoncé & Madonna’s “Break My Soul” Remix Honors A Group Of Black Icons
By Stephanie Topacio Long
Who Is Camila Cabello Dating? She's Getting Cozy With Lox Club CEO Austin Kevitch
By Radhika Menon
Taylor Swift & Her Mom Clap Back Against The “Shake It Off” Plagiarism Lawsuit
By Jake Viswanath
Get Even More From Bustle — Sign Up For The Newsletter