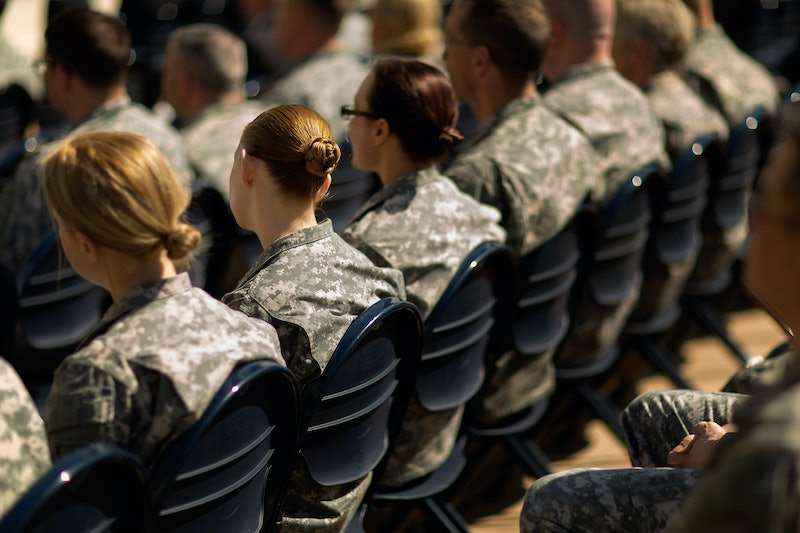 A Senate committee is working to help U.S. military members who have experienced sexual misconduct seek justice, The Hill reported. On Thursday, the Senate Armed Services Committee unveiled its 2020 National Defense Authorization Act, and it takes aim at sexual harassment in the military along with how such cases are handled.

According to the legislation, sexual harassment within the U.S. military should be treated as a stand-alone offense. This means it will be considered a direct violation under the military's parallel legal system and could be punished with new criminal penalties, per The Military Times (though it didn't elaborate any further than that).

An unidentified senior committee aide told the press that the bill also asks the Pentagon to carry out more research on sexual harassment within the military. The aide said that this would include taking steps like "a harder look at alternative systems for preventing sexual assault, what have we done that can work and what can we do going forward," The Hill reported. The bill additionally includes provisions to address retaliation if someone reports sexual harassment, per its official text.

Earlier in May, per NBC News, the Department of Defense released a report that showed there had been a spike in reports of sexual misconduct — the term covered instances from groping to rape — in the U.S. military. The number of cases of sexual misconduct went from 14,900 in 2016 to 20,500 in 2018.

The survey took anonymous responses from women in the Army, Navy, Air Force, and Marine services last year, according to USA Today. According to the study, women military members within the age range of 17 to 24 were most vulnerable to being sexually assaulted. The survey also reported that over 85% of the survivors were familiar with the accused abuser.

Earlier in 2019, Arizona Republican Sen. Martha McSally, who said she was raped by a superior officer when she was in the Air Force, slammed unwanted sexual contact in the U.S. military and called on commanders to do a better job at prosecuting these cases. Per Politico, McSally wrote to the Department of Defense that it should create a task force that would look into these incidents, thoroughly prosecute, and take abusers out of the army's ranks. To be clear, McSally did not call for outside prosecutors.

"I share the disgust of the failures of the military system and many commanders who failed in their responsibilities," McSally said in March, per The Washington Post. "But it is for this very reason that we must allow — we must demand — that commanders stay at the center of the solution and live up to the moral and legal responsibilities that come with being a commander."