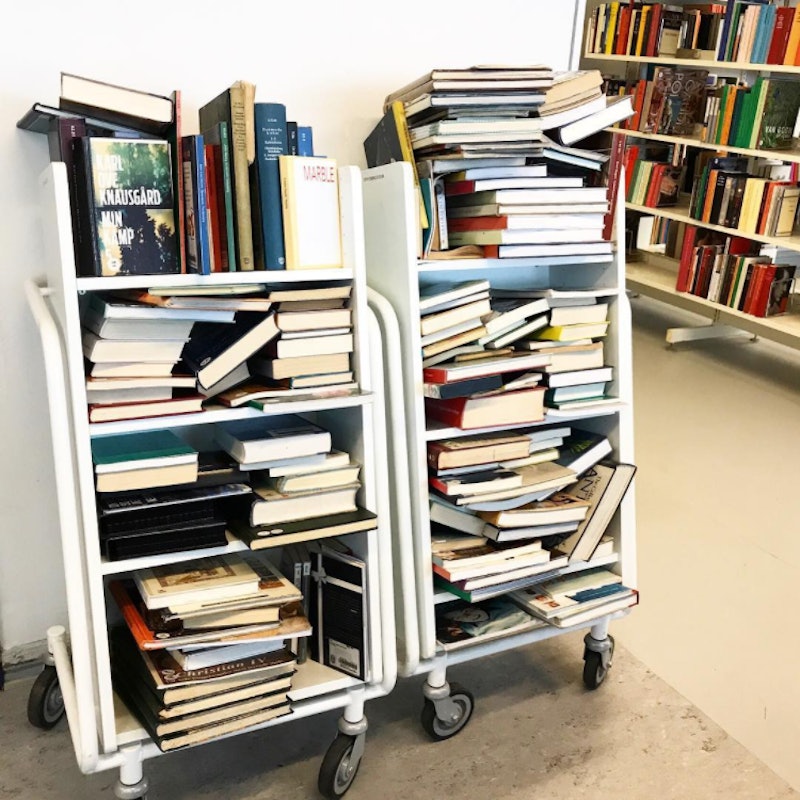 According to a new report from the Pew Research Center, Millennials are more likely to visit a public library than any other adult generation in the U.S. Just over half (53 percent) of Millennials surveyed in Fall 2016 said that they had “used a library or bookmobile in the previous 12 months,” compared to "45% of Gen-Xers, 43% of Baby Boomers and 36% of those in the Silent Generation [sic]."

What's surprising here is that the Pew data did not include visits to university libraries, which one would expect younger Millennials to use with some frequency. In fact, according to a survey from 2013, college-age Millennials were actually less likely to use a library than older members of their cohort. A Pew Research Center report from April 2016 revealed that Millennials younger than 30 were more likely to read than any adults older than 30, however.

Age is not the only factor in determining the likelihood of library use. The Pew Research Center found that 54 percent of women had visited a library or bookmobile within the last year, compared to just 39 percent of men. Only 40 percent of adults with a high school diploma were library users, but that percentage rose to 56 percent for college grads.

Finally, 54 percent of parents with minor children set foot inside a library within the last 12 months, but only 43 percent of non-parents did so. This falls in line with earlier Pew findings, also from 2013, which show that parents of minors are more likely to use library services — and to rate them as important — than other adults.

More like this
16 Novels That Paint A Realistic Portrait Of Abortion
By K.W. Colyard
Passive Aggressive Examples To Look Out For In A Partner
By Jessica Estrada
Are Quality Time & Words Of Affirmation Love Languages Compatible?
By Lexi Inks
At 14, Jenny Han Wrote Rom-Coms About Her Friends & Fan Mail To Leo DiCaprio
By Alyssa Lapid
Get Even More From Bustle — Sign Up For The Newsletter