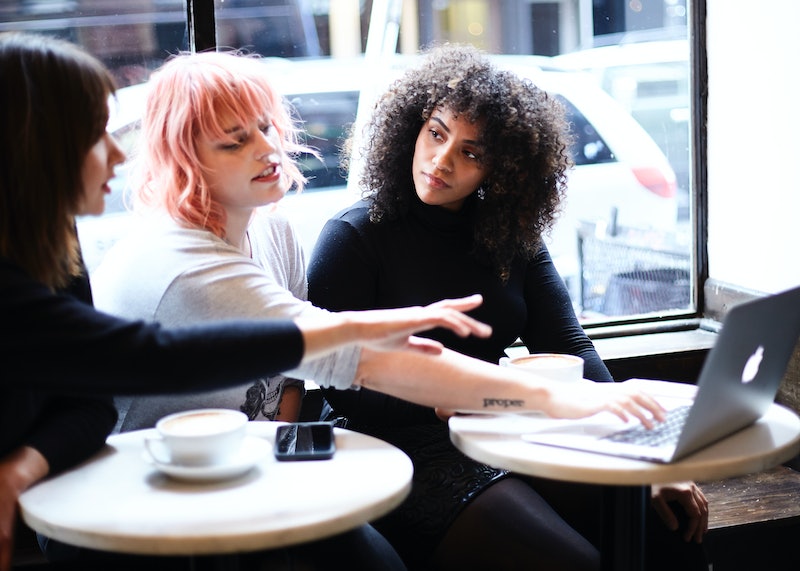 Incomes in American households are on the rise, and millennials now earn more money than young adults from any other generation over the last 50 years, according to a new analysis by the Pew Research Center. What’s more, says Pew Research Center, is that this growth in household income is led partially by millennial women, who are working more and getting paid more than women previously were. While millennials often (rightfully) bemoan how their earning potential was depressed by the great recession, and how things like the gig economy, inflation, and student loans mean we may never catch up to our parents' wealth, this data shows that there is hope on the horizon — for millennial heads of households, at least.

So if women are earning more and making an historical impact on household incomes, you’d think that’d mean the end of the wage gap is in sight. But women still only earn anywhere from 49 to 80 cents to every dollar men earn in today’s workforce, according to the Institute for Women’s Policy Research.

If you don’t feel like you’re doing much better financially, there’s a reason for that. Despite these financial gains, the Federal Reserve came out with a report in November that essentially said millennials are the “brokest generation,” according to Slate. That’s because millennials are still dealing with a debt to income ratio that’s not tipped in their favor, says Slate. The Federal Reserve study basically found that high student loan debt and lower income as a result of the recession made millennials have lower net worths than Baby Boomers and Gen Xers when they first graduated from college, Slate reports. And Slate says while millennials’ household incomes are on the rise, when you look at household incomes overall, millennials are actually underperforming compared to other age groups today.

It would be a remarkable financial turn if millennials were suddenly all earning the big bucks, but if you don’t feel like this accurately reflects your life, you wouldn't be alone. There’s lots of ways to interpret data like this, and it’s clear these findings are only part of the picture.