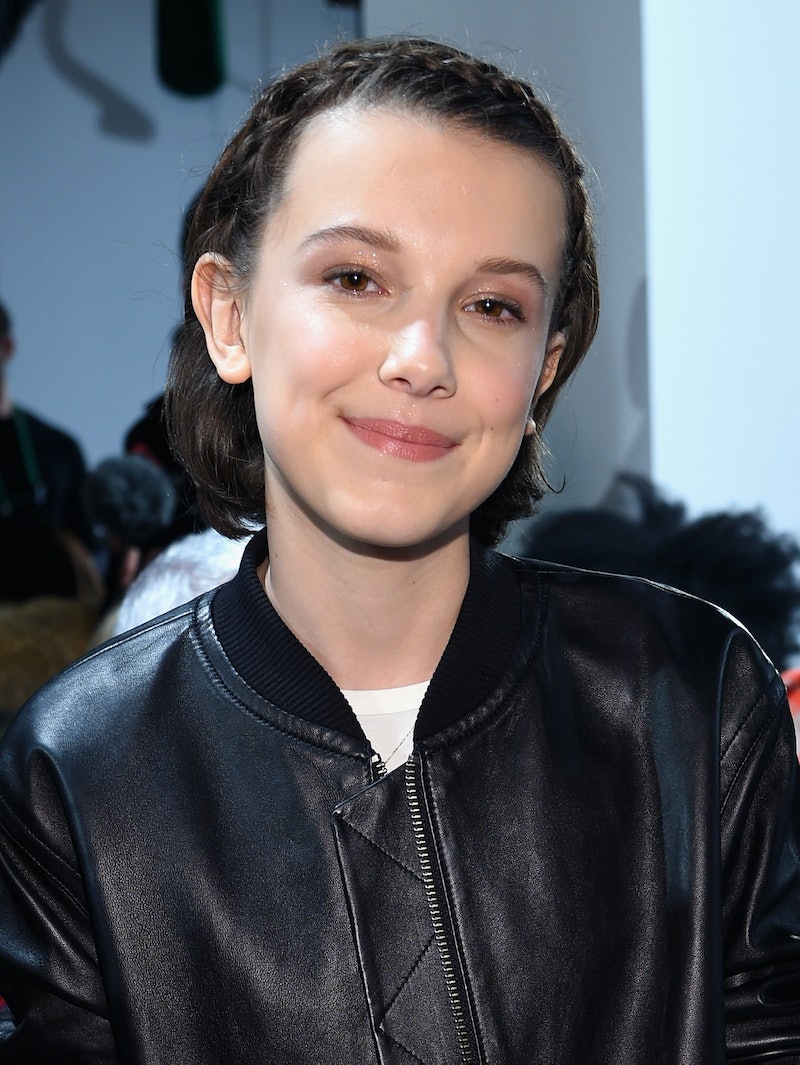 The cast of Stranger Things may just be the most exciting thing on any red carpet this award season. From their own excitement at attending events to other celebrities' love of them and show, it's perfect. Millie Bobby Brown's dress at the 2017 MTV Movie Awards, though, show that the the group aren't just rising stars in the acting world, but that she's also a rising fashion star. In her chic, long sleeve white dress, she was easily one of the coolest on the carpet, and based on her previous styles and her work with Calvin Klein it definitely wasn't surprising.

Not only is Stranger Things nominated for Show of the Year, but Brown has her own nominations in two different categories. She's nominated for Best Hero and Best Actor in a show. Basically, she's not just killing the fashion game tonight at the MTV Movie & TV Awards, but she's also killing the acting game. With the show's acclaim and huge number of fans, seeing Brown on the red carpet was exciting for her position as a rising fashion star and a rising actor.

Her chic all-white ensemble on the red carpet is perfect for the star who always looks incredible. Her 2017 sparkling Golden Globes dress was perfect, and the red Grecian-inspired look she rocked at the SAG Awards was spectacular. Her outfit tonight is no different.

The dress paired with her slicked back hair is so chic.

She added a bit of youthful flair with her solid white cowboy boots.

While everyone else was scrambling to escape from the rain, Brown came inadvertently prepared in those boots. They were the perfect touch to Brown's ultra chic white dress, and clearly, she's a rising style star to watch.