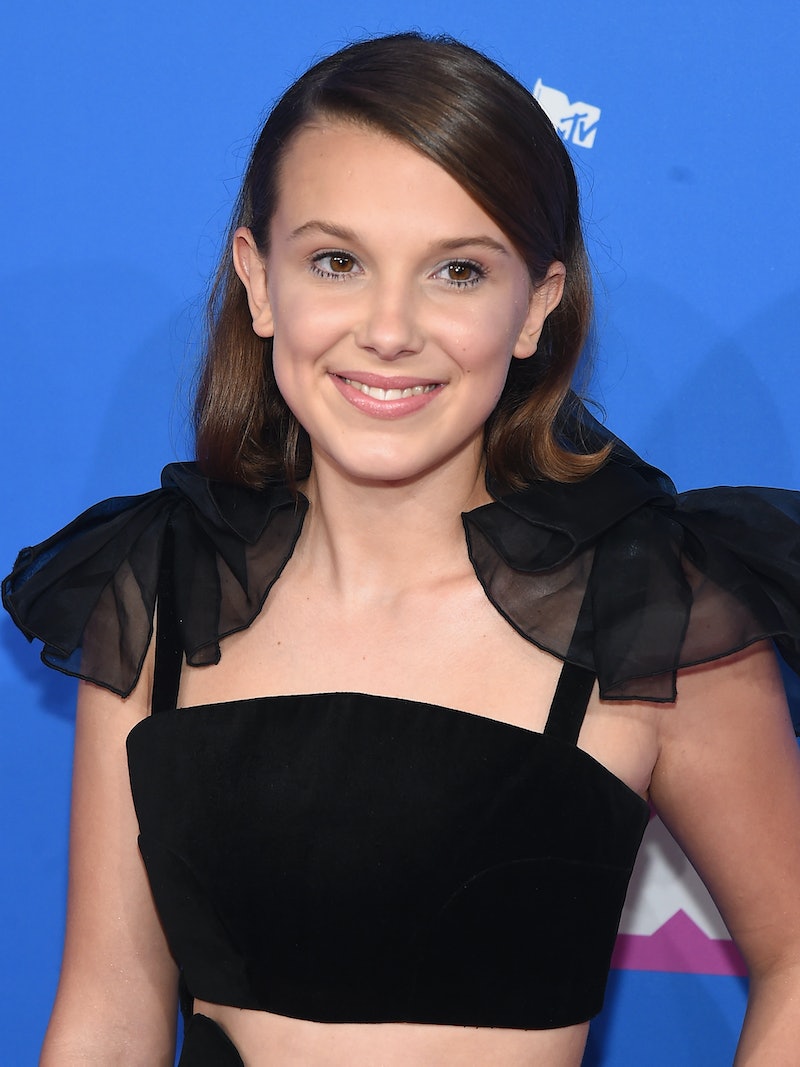 Netflix has finally confirmed that there's a To All the Boys I've Loved Before sequel on the way, and at least one famous fan of the movie is freaking out just as much as you are. Via her Instagram Story, Millie Bobby Brown said she wants to be in TATB 2, and Netflix needs to make this magic happen ASAP. The Stranger Things star isn't even asking for a major role, she just wants to be an extra, and as she reminds everyone in her Stories, she does already work for the streaming site. How hard could it possibly be to make the Stranger Things/TATB crossover of the internet's dreams come true?

The 14-year-old actor's reaction to the news that Lara Jean and Peter's love story will continue is so pure it will have you nodding your head in agreement. "My life is gonna change forever. I was scrolling on Instagram like another casual day…and I’m scrolling by and I see this video and I don’t know if I should look at it or not," Brown said on Instagram. "And I watched it, and she told me something: she said there's gonna be a To All the Boys sequel and I'm crying."

Same, Brown, same. Although, unlike many super fans, the Stranger Things actor has a special connection with Netflix that could totally lead to an actual cameo. Come on, as one of the streaming services top stars, her request to be an extra feels totally reasonable. In fact, as JustJaredJr. pointed out, TATB's Anna Cathcart fully supports the idea.

The actor who plays Kitty shared Brown's story to her own Instagram, and added: "Can we please make this happen?" Are you really going to deny Kitty's request, Netflix?

The TATB sequel was officially confirmed by Netflix on Wednesday, Dec. 19. So far, the streamer hasn't revealed many details — although fans of the book series by Jenny Han have a few ideas — viewers can rest assured that Lana Condor and Noah Centineo will return as Lara Jean and Peter, respectively. In fact, Condor made her own announcement via Instagram.

"One more thing. I get to tell the fans about our little secret," Condor tells Centineo in the video. "I am so excited it is officially official. We are making a To All the Boys sequel." And with those nine words, the actor made sure 2018 would end on a high note after all.

If you need evidence of just how much joy TATB has brought to fans so far, then you need to look no farther than Brown's ecstatic reaction. Even if Netflix doesn't grant her wish and make her cameo happen, seeing the Stranger Things star's excitement over the sequel's announcement is almost just as good. Peter Kavinksy may be the internet's boyfriend, but Eleven is everyone's hero, and knowing that the young woman who portrays her adores TATB just as much as everyone else (maybe even more) is a treat unto itself.

Now, how about that cameo Netflix? The addition of Brown is quite possibly the only thing that could make us more excited about TATB 2 than we already are.