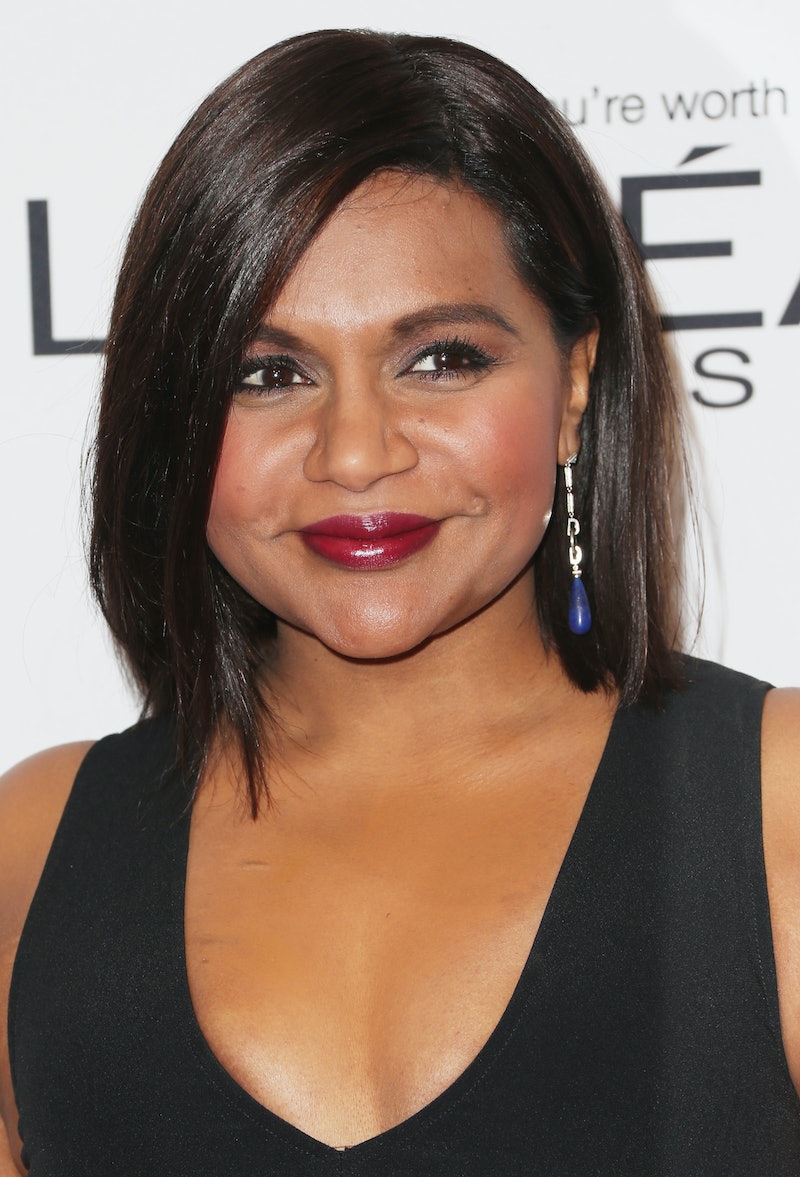 Listen, just because we love a TV show doesn't mean that we don't have some valid questions while watching. Or that we can't also recognize when there may or may not be continuity issues. With that in mind, Mindy Kaling tweeted about Game of Thrones, and her slightly snarky yet impossibly funny commentary about the show, is so damn relatable. Hey, no one's perfect, and that counts for the people who make our favorite fictional worlds.

Game of Thrones isn't exactly an easy show to watch, what with the various, intersecting storylines, the constant tragedy, and the disappearance and reemergence of characters seasons apart. So things can get, in a word, confusing. At the same time, however, Game of Thrones is an absolutely enthralling and captivating show, and for every gripe that longtime fans have, there are at least five other things we can list that they're doing so, so right. In light of this fact, Kaling boldly tweeted out both her frustrations and her appreciation for the show and her musings while watching are something you'll definitely be nodding your head in agreement to.

Here are some tweets from Kaling that prove that she is all of us when watching Game of Thrones:

Firstly, She Gets Behind On Viewing Like The Rest Of Us

I'm also guilty of not watching on time despite the last few episodes being overwhelmingly lauded by my friends and family.

Finally, Someone Said It

Same, TBH. Like, I remembered their were a bunch of Starks — Robb, and Sansa, and Arya, Bran, and... Vixen? No. Donner? Cupid? Hmm... still no... I kid, but, it was a really, really long time since Rickon was a thing.

She's All About The Game Of Thrones Girl Power

For better or worse. Because, you know, Cersei can be... difficult.

She Knows What's Up When It Comes To Characters

I, too, have loved everyone with Greyscale. RIP Shireen.

She Applies The Show To Other Art Forms

The parallels you see in literally every other cinematic experience is undeniable. And maybe slightly obsessive. So sue us, OK?

Game of Thrones makes conspiracy theorists of us all.

So, you see, Kaling has just strengthened the bond and camaraderie between Game of Thrones fans more than ever. If an actress and writer of TV feels like we do, we have to be sort of on the right track about our likes and critiques.

More like this
'The Last Of Us' Episode 4 Put Twitter Into An Emotional Spiral
By Alyssa Lapid
Netflix Shut Down 'Bridgerton' S3 Rumours About A “Very Dark” Storyline
By Bustle
Bill & Frank’s 'The Last Of Us' Episode Has Twitter Emotionally Wrecked
By Alyssa Lapid
Olivia Colman Stars In First-Look Trailer For BBC's 'Great Expectations'
By Sabah Hussain and Sam Ramsden
Get Even More From Bustle — Sign Up For The Newsletter
From hair trends to relationship advice, our daily newsletter has everything you need to sound like a person who’s on TikTok, even if you aren’t.