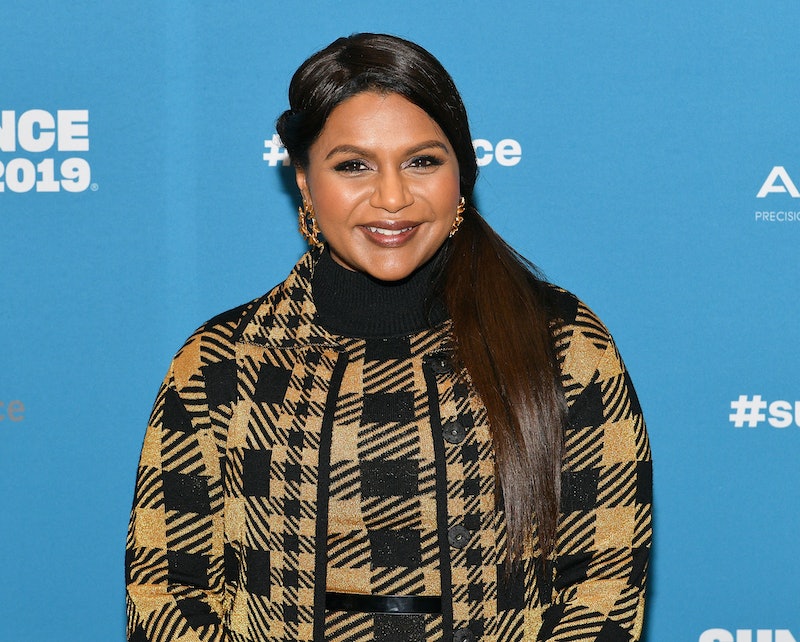 Puberty is about to get very, very funny thanks to Mindy Kaling's new Netflix comedy. According to TVLine, Kaling's new series is a coming-of-age comedy that just happens to tackle her own coming-of-age. The 10-episode series, announced on March 20, will be inspired by Kaling's own childhood, which let's assume was just as awkward as yours, mine, and everyone else who's now over the age of 13. Honestly, though, who doesn't want to see Kaling's spin on what it's like being a teenager?

Kaling celebrated the news of her new show on social media, writing on Instagram, "I’m joining the @netflix fam! 🙌🏾 @loulielang and I are working on a brand-new @netflix TV comedy...about the life of a modern-day first generation Indian American teenage girl. Get ready for lots of relatable, awkward teen moments."

Unfortunately, Kaling didn't say who will star as the young Mindy or if she'll appear on the show, but she did promise there will be more details coming soon. What we do know is Kaling is the co-creator, writer, executive producer and showrunner of the untitled series. She'll have some help from her former Mindy Project partner Lang Fisher, who co-created the series with Kaling and will also act as showrunner.

This just one of many projects Kaling is currently working on. Later this year, Kaling's mini-series adaptation of the 1994 film Four Weddings and a Funeral is slated to debut on Hulu. She's also the writer and star of the upcoming rom-com Late Night with Emma Thompson, in theaters June 7. But Kaling's latest project is definitely her most personal.

Over the course of her career, Kaling has talked about what it was like being a teenager, including last year in Reader's Digest where she talked about how she never "went to a single party with alcohol at it. My parents didn’t let me do social things on weeknights, because they were for homework—and maybe an episode of The X-Files if I was being good (The X-Files was on Friday night), and on extremely rare occasions, I could watch Seinfeld (Thursday, a school night), if I had aced my PSATs or something."

She even advised kids today not to peak in high school. "What I’ve noticed is that almost no one who was a big star in high school is a big star later in life," she wrote. "For us overlooked kids, it’s so wonderfully fair."

Kaling wrote in a 2013 essay for Rookie that she knows "how hard this time" is for everyone, but thinks it's probably harder now than it's ever been to be a teen. "I don't envy you guys," she wrote back then, offering the advice: "Don’t put anything you do on YouTube until you are 21." So, tackling this topic might be a way to make it less hard for those coming-of-age now and in the future, like her daughter Katherine, who was born in 2017.

Not to mention, it means a lot to have a show that shows what it's really like for a young woman of color growing up. Kaling has said that she's made it her mission to give women of color more opportunities in Hollywood. "Talent is an important part of success," she told Variety at this year's Sundance Film Festival, "but you also need mentors to find promise in people that don’t necessarily seem like they will fit in.” With her new series, Kaling will be able to show the power that comes with standing out, even when it isn't easy to do so. A piece of advice that is worth taking at any age.