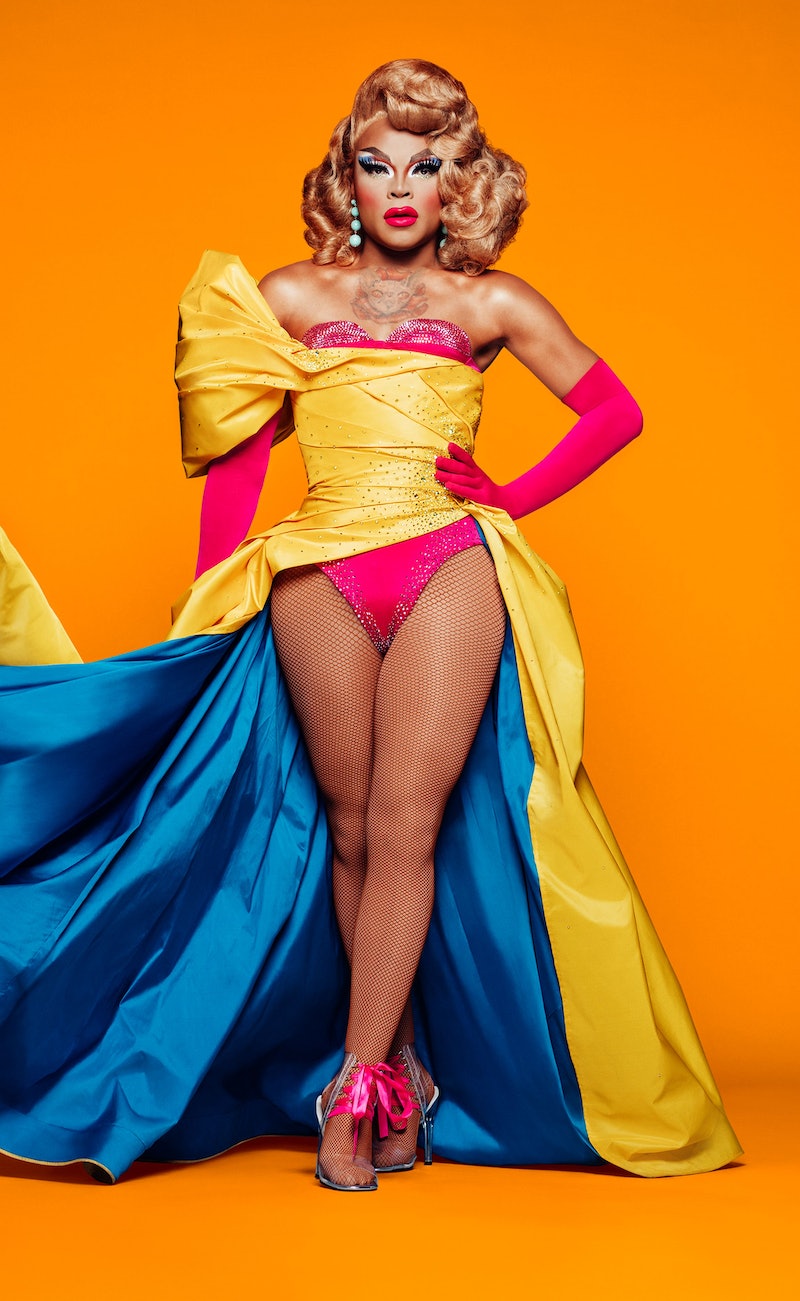 For once in Drag Race her-story, a queen's exit was more iconic than her entrance. Upon being the first contestant eliminated from Season 10, Miss Vanjie refused to be forgotten, so she did something drastic and instinctive — she said her name. Over and over and over again: "Miss Vanjie. Miss Vaanjie. Miss Vaaaanjie," she exclaimed while retreating from the runway. Little did she know, her impulse decision not only made her stand out, it made her the inside joke of the season and an internet sensation. Now, by popular demand, Vanessa Vanjie has returned to Drag Race in Season 11, but this time she's determined to be more than a meme — she's ready to build a legacy.

"B*tch, I'm back," she announced in the Season 11 premiere before stomping through the door gilded in body glitter and dressed in red from head to toe. She's obviously grateful for the spotlight Season 10 granted her, but she's ready to compete for real this time, and she's confident she can win. "I made lemonade out of lemons," Vanjie said. "I feel very lucky to be back. I wanna show America I'm more than just a meme. I'm not a one episode trick pony."

Vanjie was the first to enter the Season 11 werkroom, after which she promptly strutted over to RuPaul's trophy case to preemptively claim her prize. "Let me just go ahead and do it now," she said, grabbing the gold statue of Ru and turning a heel. "Thank ya'll, appreciate ya. Cut the check later b*tch." If only it were that easy.

Jokes aside (although they never fully subside with Vanjie), instead of hitting and running, she decided to hide out in the corner and stalk her competition. She peered from behind a gold dressing screen until five more queens had entered the room. They had a feeling Vanjie would return — one potential twist of many — and when they began to mimic her trademark call, she couldn't resist the summoning.

"Ya'll think that's funny, calling my name out?" Vanjie said, breaking through the partition. The queens were happy to see her, but felt the need to check the room for any other hidden surprises. Thankfully, they were safe for the time being. After the most recent season of All Stars, there's no predicting what Ru has up his sleeve.

Their first challenge required the queens to create a look using the spare materials of a Drag Race alumni. Vanjie was nervous, considering a design challenge sent her home the first time. She was assigned Valentina's old belongings, and was determined to turn out a look that gave her a figure — something that wasn't present in last season's floral smock that meme culture made immortal.

Valentina is the queen of curves, so for Vanjie, her clothes were a perfect fit. She constructed a caped bodysuit that struck the perfect balance between her and Valentina, and she modeled it with confidence. The judges were impressed by her growth, but unfortunately, not enough to give her the win. For now, though, Vanjie is safe, which is more than what she could say in the past. Hopefully, her famous exit won't come back to haunt her any time soon.