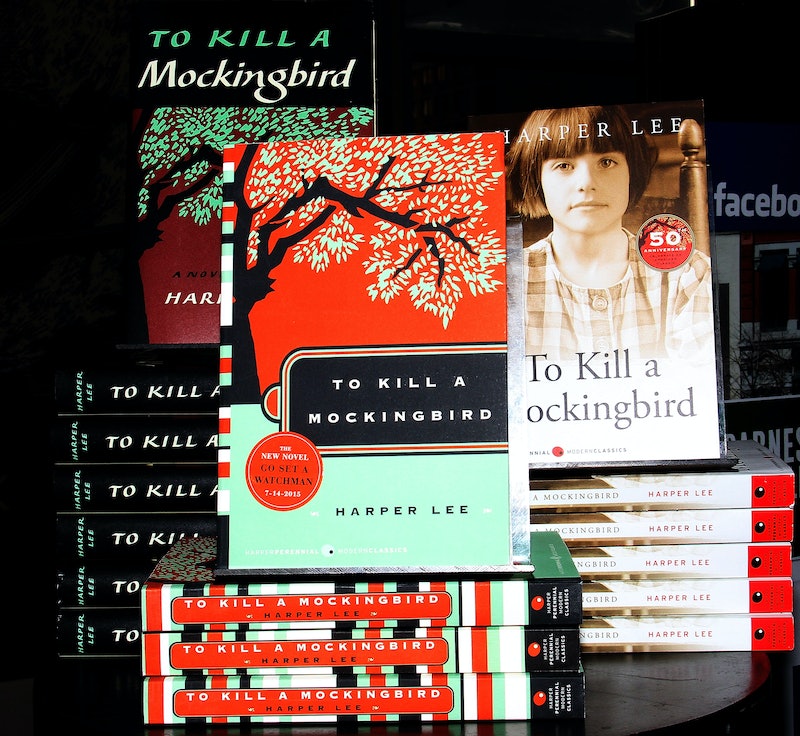 This past week, the Biloxi School District in Mississippi removed To Kill a Mockingbird from its 8th grade curriculum halfway through the assigned reading, citing the complaints received over the book. School Board Vice President Kenny Holloway told reporters that some of the language in the book "makes people uncomfortable." He added, “We can teach the same lesson with other books. It’s still in our library. But they’re going to use another book in the 8th grade course.”

The move has stirred outrage among parents and teachers. For example, one reader emailed The Biloxi Sun Herald decrying the ban as a horrible form of censorship. They wrote to the Herald:

I think it is one of the most disturbing examples of censorship I have ever heard, in that the themes in the story humanize all people regardless of their social status, education level, intellect, and of course, race. It would be difficult to find a time when it was more relevant than in days like these.

Biloxi public school Superintendent Arthur McMillan released a statement on the school's decision, according to the Herald.

There are many resources and materials that are available to teach state academic standards to our students. These resources may change periodically. We always strive to do what is best for our students and staff to continue to perform at the highest level.

The iconic novel, which was Lee's first, was first published in 1960 and won the Pulitzer Prize the following year. It's now available in 40 languages and has sold millions and millions of copies. The events in the book are reportedly somewhat reflective of what Lee saw when she lived in Monroeville, Alabama during the 1930s. One of the main characters, Scout, is a white girl who has not learned to be hateful or afraid of people who are different are a different race. The story focuses on a trial of a black man who is convicted of rape based solely on his skin color.

At the time it was published, there was some speculation that the book would alienate southern readers — but local newspapers reacted favorably to the book. For example, The Mobile Press-Register wrote, “It seems to us, however, that the South can well afford to have more such writers and books." Educators have since maintained that Scout's view of the trial teaches students a valuable lesson about racial discrimination.

"To Kill a Mockingbird is a coming-of-age story, usually read in the ninth grade when the reader is coming of age," said Tara Seale, AP ELanguage and Composition teacher to HuffPost, "It is a time in which students are starting to question and consider the perspectives of others, as Atticus says, ‘to climb in someone’s skin and walk around in it."

Seale also said that the book helps students to grow and become more tolerant, which will help them contribute in a positive way to society.

The Biloxi School District website has it listed as part of the curriculum with the description:

Students will investigate the setting of the novel by working to understand small town in the South and their characteristics. In addition, students will be connect historical events such as the Great Depression, Jim Crow laws and segregation to the novel. Students will explore the concept of equal rights under the law as part of an understanding of criminal trial law, its processes and key players.

The American Library Association lists To Kill A Mockingbird as one of the most banned books in history due to claims that the racist language is offensive to readers. The Mississippi school district is not the first to remove the book from its curriculum. In Virginia, school officials pulled the book last year, after a mother of a biracial high school student complained. And as long as it keeps being banned from school curriculum, fans of the novel's message will continue to fight back.

Editor’s Note: This story was updated on Oct. 24 to meet Bustle’s editorial standards.

More like this
Joe Lycett Just Took HIs David Beckham Qatar Protest To A Whole New Level
By Sophie McEvoy
Footballer Jake Daniels Shared His Thoughts On A World Cup Boycott
By Sam Ramsden
Iran Has Issued A Death Sentence Over Mahsa Amini Protests
By Catharina Cheung, Darshita Goyal and Maxine Harrison
'Bridgerton' S3 Teases Exciting Social Season For Penelope Featherington
By Bustle
Get Even More From Bustle — Sign Up For The Newsletter