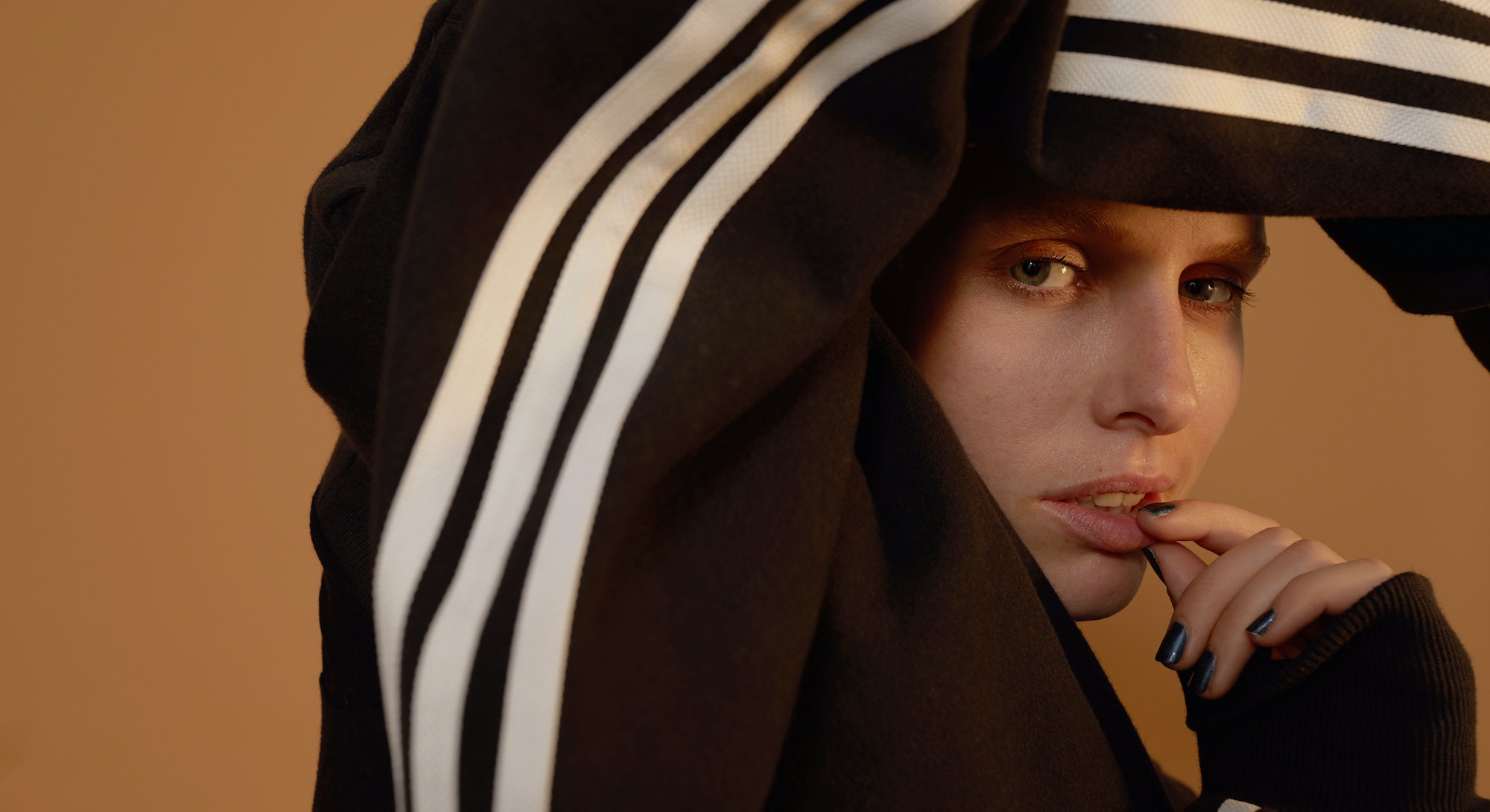 In 2012, Lauren Wasser felt the vague and unsettling discomfort of a sickness that she couldn't quite describe. She assumed she was coming down with the flu. Soon after, she was found face down on her bedroom floor in Los Angeles with a 107 degree temperature — paramedics would later tell her she was 10 minutes from death when they arrived. At the hospital, she was diagnosed with toxic shock syndrome. Her body was pumped with 80 pounds of fluid in a fight against the infection coursing through her bloodstream. Somehow, she transcended what was supposed to be her deathbed, a survivor-by-a-hair. The most urgent, harrowing part of the battle was over. Unfortunately, Wasser was too ill and disoriented to comprehend that her real fight — one punctuated by chronic pain, disability, and thoughts of suicide — had yet to come.

Wasser doesn't remember much from her initial nightmare in the hospital, but she does recall a burning sensation in her hands and feet. Over the course of her four-month stay, doctors learned that her infection had evolved into gangrene, and eventually, they came to a decision that would change Wasser's life forever: Her right leg would have to be amputated below the knee.

"I questioned my purpose, when I went through it," Wasser says. "I wanted to kill myself. I hated myself, and I had no idea why I was here. It was devastating, and I saw myself in such a horrible way. I couldn't imagine my body being any other way than how it was before."

A life-threatening illness and subsequent amputation is enough to set most people's relationship with their mortality and image into a tailspin, but for Wasser, the stakes felt particularly high. The child of two models, Wasser was herself working her way up in the industry, modeling in some capacity since she first appeared in Vogue Italia as a baby. Throughout adulthood, she considered her image to be very carefully cultivated, and the sudden and shocking deviation left her questioning everything she'd known about beauty.

"I grew up in the fashion industry," Wasser says. "I only saw one side of beauty. In my eyes, I had the blonde hair, the blue eyes. I was very superficial. I never felt rejection, I was always capable and able to do anything and everything."

The paradox of tailoring yourself so carefully to a specific, industry-set image, only to have it all change in a moment's notice by something so wildly out of your control, was traumatic for Wasser: She went through a long period of depression, often contemplating suicide.

Wasser says that the remaining injuries in her left foot could mean another surgery to amputate her left leg.

"I'm in a prison, and I'm in constant daily pain," Wasser says. "I don’t have toes and my heel is really badly damaged, and I have to go to wound care every Monday to see a doctor because the fat pads are no longer there. My bones are growing, because my body is producing too much calcium trying to fix itself. As they grow, and I’m walking, there’s no fat pad and I’m walking on soft, delicate skin — it’s reopening the skin, consistently. They’ve already had to go back and cut the bones back twice. My body is just being relentless."

When she tells her story, Wasser is frank and calm — but it's hard not to see the influence of a tremendous personal evolution. Wasser's description of her experience is troubling to hear. However, her candor and attitude speaks to a dramatic change in mindset about her condition, how she's evolved from superficial concerns to seeing her circumstances as a gift: The ability to feel like herself again, and to put that feeling of confidence into action.

"Now I have a whole different understanding of life and purpose and what life’s really about," Wasser says. "It’s about what you leave on this planet when you’re gone. What can you do that’s impactful?"

It's been a difficult journey since her diagnosis in 2012, but now Wasser has dedicated her life to making an impact. She regularly speaks to girls and women who have survived toxic shock syndrome, and uses her platform to speak up for people with disabilities, calling them "the strongest human beings alive." She also lobbies for New York Congresswoman Carolyn Maloney's bill, the Robin Danielson Feminine Hygiene Product Safety Act. The bill calls for the National Institutes of Health to determine if the chemicals present in feminine hygiene products pose health risks. Additionally, the bill also calls for the FDA to more thoroughly monitor and publicly disclose a list of contaminants in feminine hygiene products.

"It's a really important bill," Wasser says, "and it's been ignored. It's a huge issue that affects every woman and man, because every man has a woman in their life — mom, sister, wife, whomever."

She's not left the fashion world behind, either. Wasser is still working, and one of the growing number of unconventional models walking the runways — think Ashley Graham, Winnie Harlow, and Shaun Ross — as fashion steadily (however slowly) gets more inclusive. For Wasser, being the model with one leg, or the model who had toxic shock, or the model with a disability — isn't a burden or a way for the industry to stereotype her: It's a point of pride.

"I think labels are a privilege," Wasser says. "I think it’s an honor. It’s a huge milestone to be celebrated in the modeling world at a high level. For people to see someone who went through something that is horrific, to see them chasing their dream, to be able to fill that void. I’m hopefully an inspiration for someone who is facing something traumatic in their life and need to overcome it."

Wasser's story illustrates something about what it means to self-actualize, to see for the first time what's gained in the wake of a loss. Nothing about her experience has been easy: Not her illness, not her first amputation, not her subsequent depression or her hard-earned recovery. Her tentative upcoming surgery, despite her outlook, will be difficult. Still, the vast emotional gulf between her description of those early, dark days, and her current perspective are evidence of what's possible when you open yourself to experiential evolution, when you make the difficult choice to see circumstances and outcomes differently.

"My ability will be better than a human being's. I'll be better, I'll be faster, I'll be quicker," Wasser explains. "I’ve been trying to save my foot for five years. In those five years, I’ve lost so much time. [Losing my left leg via elective surgery] is something that I'm looking forward to."

Editor's Note: The details of Wasser's surgery have been updated.