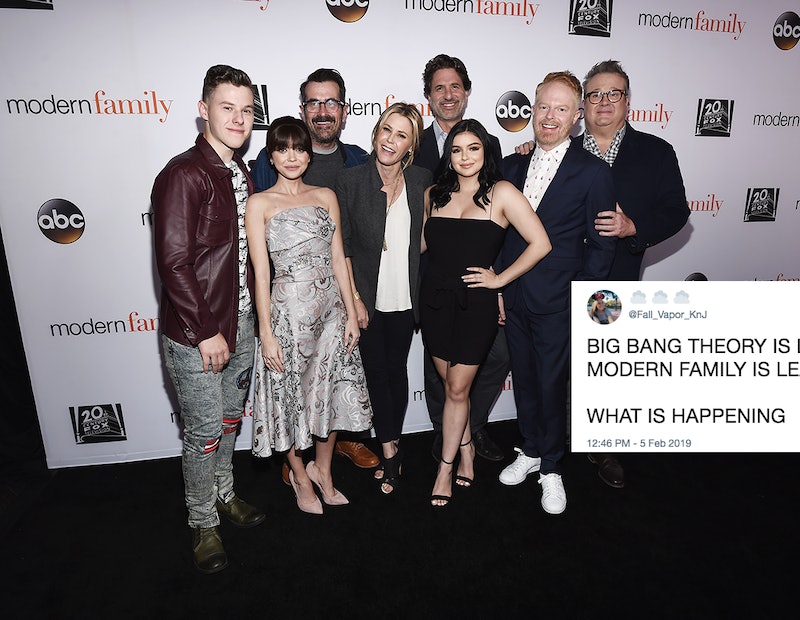 The day, while inevitable, has sadly come. After a year of speculation, Modern Family has been renewed for its 11th and final season and its renewed 11th which will also be its last. According to People, the announcement was made by ABC on Tuesday at the Television Critics Association Winter Press Tour in California. The five-time Emmy winner for Outstanding Comedy Series has given audiences laughs and has pushed on-screen diversity for the last decade. Now, while the cast seems generally optimistic about the news, fans are devastated to see Modern Family go.

“In its final season, there will be more milestone events that anyone who has been a fan of the series won’t want to miss,” ABC Entertainment President Karey Burke told reporters on Tuesday. Co-creator Christopher Lloyd added, "For 10 years, our characters have bravely faced turning points in life and moved through them to great personal enrichment; we have chosen a different path by doing one more season of Modern Family." Deadline also reported that Modern Family's final season will consist of at least 18 episodes and could have up to 22.

Since premiering in 2009, Modern Family has become a TV staple that has allowed viewers to identify with its range in characters and storylines while also laughing out loud along the way. They're already feeling the void.

Not ready to say goodbye, some fans already have their ideal spin-off in mind with Eric Stonestreet and Jesse Tyler Ferguson's Cam and Mitch.

Meanwhile, cast members who have reacted to the news on social media seem bittersweet but are focusing on the excitement of another season ahead. Nolan Gould wrote on his Instagram story, "Exciting news today. We're coming back for one more season!" His TV cousin Rico Rodriguez wrote on his story, "What an amazing ride this has been! I can't wait to return for a final season with my Modern Family."

Jesse Tyler Ferguson tweeted, "Will be hard to say goodbye. Love my family." The actor also posted a ton of photos of his TV family captioned, "Here are some people you get to see one more season of (if you so choose)... I can’t believe I’ve spent over a decade of my life working with a cast and crew I love so much. I’m already preparing myself for a VERY emotional last year with my beautiful, hilarious fake family."

While the TV landscape certainly won't be the same without it, news about Modern Family's ending has lingered for a while now. In January 2018, creators Steve Levitan and Christopher Lloyd talked with The Hollywood Reporter about the show's future. At the time, they actually believed the renewed 10th season would be the the last.

"Our plan is to end it at 10. If we can leave with most of our audience wanting more, I think that's the right way to do it," Levitan said. "Never say never, but I just can't imagine that we'd go past that." At the time, they said they had "loose ideas" about the series finale and hadn't had "substantive conversations about" spin-offs (despite ABC teasing spin-offs in 2013).

But for now, the crew is back at work and ready to give loyal fans what they want. On Monday, Rico Rodriguez posted a photo from set with his little TV brother captioned, "Monday morning filming with the tv bro." They're all smiles in the photo, which should make fans feel confident that the series' close will be as emotional as it is lighthearted and hilarious as always.