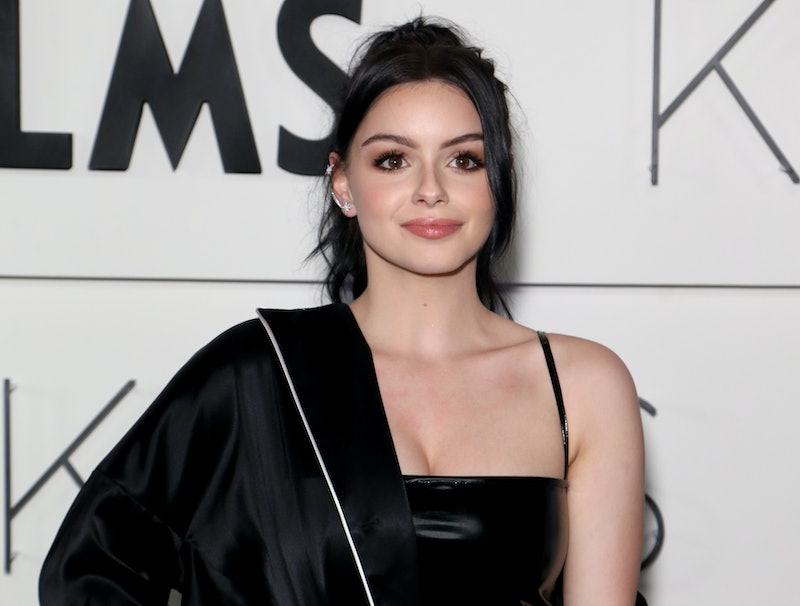 Ariel from The Little Mermaid has been a style icon for decades — even for another very famous Ariel. On Saturday, May 4, Modern Family star Ariel Winter unveiled her new, red hair on social media, and she couldn't help but compare her new look to the iconic Disney Princess when showing it off.

The actor posted two shots of her new look on Instagram, wearing a black, lace-up bodysuit and jeans to contrast her bright red locks, and captioned the post with a reference to The Little Mermaid's most famous song. "part of yourrrrrr worrrrrld," Winter wrote, while some commenters were so shocked by her makeover that they asked, "Wait I’m so confused. Is this you?" She followed up her big reveal with a quick video on her Instagram story, where she noted that she was "feeling cute" with her new look.

While Winter normally stays close to her famous brunette hair color, this isn't the first time that the Modern Family star has decided to embrace a fiery hue. In 2016, she showed off a much brighter shade of red hair on Instagram, announcing that "I'm now a 🍓!" The actor even rocked an Ariel-inspired look to her senior prom, pairing her flaming red locks with a tight, black lace mermaid gown.

Winter's new hair color isn't the only thing about her appearance that has earned her plenty of attention recently; in April, the actor clapped back at Internet trolls who criticized her for losing weight, explaining that her weight loss was the result of switching anti-depressants. "For years I had been on antidepressants that caused me to gain weight that I couldn't lose no matter what I did," she wrote in a series of posts on her Instagram Story. "It was always frustrating for me because I wanted to be able to get fit and feel like the work I was doing was paying off, but it never felt that way."

Explaining that she's been in therapy for years — Winter has been extremely open about her struggles with mental illness — the actor noted that she stayed on her first medication for so long because the process of changing is "really long and difficult." However, at a certain point she became "sick of feeling eh," and began searching for a new medication that would work better for her.

"It had nothing to do with weight .. .I was able to find a great combination of medication that works for me," she said, adding, "[It] made me drop all of the weight I couldn't lose before by just giving me back a metabolism."

Though her appearance and comfort in her own skin is frequently used against her by mean commenters and online trolls, Winter has never let the focus on her body or looks distract her from standing up for other women. In October 2018, the actor fought back at the idea that feminists need to look or behave a certain way in order to be considered a "real feminist," explaining at the Girl's Up #GirlHero Awards, "I sometimes get upset when people say they're feminists but they do nothing for it, they put feminists in a box. I think feminism is anything you want to be."

Winter's determination to be exactly who she wants to be at any given moment is inspiring and exciting — and based on her new makeover, it seems as if right now, she wants to channel her inner Disney Princess.