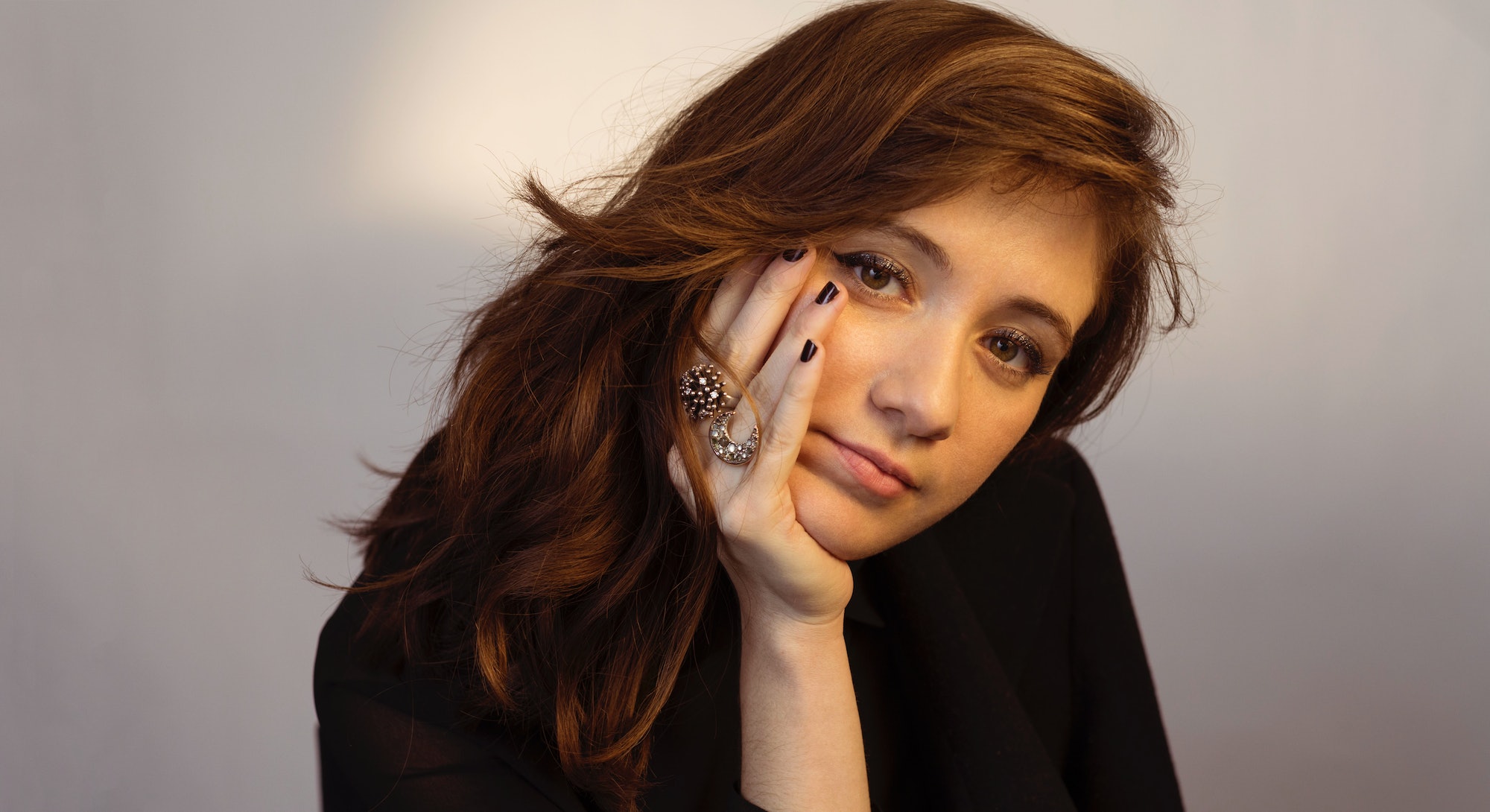 Noel Wells is pissed. She's smiling, sure, but her voice is inching higher and higher, and it's clear I've hit a nerve. We've been talking about her new movie, Mr. Roosevelt — in particular, a speech her character Emily gives midway through about her hatred of the word "quirky" being used to describe women who are funny, creative, and most of all, adorable. Everyone's been asking Wells about the speech, and considering that the actor shares the same small frame and winning grin as Emily, it's not much of a surprise. But as it turns out, Wells really, really, really dislikes being deemed quirky herself — and she's more than happy to tell me all her reasons why.

"I'm very good at a lot of things, and it’s just been demeaned my entire life by people," says the 30-year-old actor, who also wrote and directed Mr. Roosevelt. "Based on the way that I look, or maybe the way I’m delivering it, or the genre that I’m in — it’s just a way to dismiss what I’m incredibly capable of doing. It’s just been a very frustrating thing my whole life... Like, 'that’s so cute, that’s so sweet'... Somehow you just don’t hold as much weight. And there’s something nice about being cute or quirky or nice, but maybe in our society it’s just not valued. If it were valued differently, which I think it should be, I think we should be able to be who we are and [have] people value us."

"And I think maybe that’s all that I" — "that she," Wells corrects herself quickly, referring to her character — "was trying to point out," she adds with a final breath.

Wells, it's become crystal clear, isn't someone who is content with sitting back and letting others say her piece for her. She has feelings, a lot of them — "a million opinions" just on the speech alone, she tells me with a laugh, as if I didn't get that already. A lot of the time, she knows, women are supposed to shut up and smile, especially when they're being given something that supposedly looks like a compliment ("quirky," "adorkable," "cute"). "There’s this sort of responsibility everybody has, especially women," Wells says, "to be light and airy and never have problems — and if you have problems, to hide them."

But Wells knows that's bullsh*t. Staying quiet and pretending everything is fine has never worked for her. Her first bouts of fame came from a series of hilariously weird YouTube videos, with her most popular one, a 2010 parody of the iPhone's Siri, earning upward of 5 million views. She left SNL after just one season, but she gained more notice talking bluntly about the experience ("a lot of us would have liked to keep trying and have our own voices shine through. For whatever reason, we got rejected," she told Vanity Fair earlier this year) than performing on the show. And in 2015, starring as Rachel on Season 1 of Master of None, she turned a character who could've been a one-note love interest into a thoughtful, complicated woman who was not quite the manic pixie that Dev (and viewers) immediately assumed her to be.

And now there's Mr. Roosevelt, in theaters now. Wells spent two long years working on the film, which is about a struggling L.A. comic who comes home to Austin when her beloved cat (the titular Mr. Roosevelt) dies, and ends up crashing with her ex-boyfriend and his new girlfriend. Adrift in life and supremely out of place in Austin, Emily is, in Wells' words, a "hot mess" — but the real kind, not the cliche of a character seen in so many movies.

"[Emily] is more closely aligned to me, in that I was a good kid, I never did anything wrong, I was a straight-A type student, but then you go through all these rungs in life and you don’t feel good and you’re not getting the connection that you want and life just doesn’t feel fulfilling," Wells explains. That's not to say she and Emily are identical, although you wouldn't be the first to assume so; the director recalls with a laugh how some of the crew members on Mr. Roosevelt told her that they read the script and thought, "oh my god, Noel must be bonkers."

"They assumed that that’s how I was in real life," she says now, grinning. "And I am bonkers, but in a totally different way."

Mr. Roosevelt is Wells' feature debut as a writer and director, and her switch from on-camera to behind-the-scenes work has garnered significant acclaim. But while she's certainly pleased with her film's reception, she's not surprised. "I’ve been making things since I was in high school," Wells explains. "To me, it wasn’t a big leap. It was just inevitable."

That confidence has clearly served her well over the years, but don't mistake it for arrogance; despite the success of Mr. Roosevelt and Master of None, she knows the future isn't set in stone. "My foot’s in, but I'm still crawling through the door a little bit," she says with a laugh. Sure, there's her next movie, a project she describes as "more ambitious" than her Mr. Roosevelt; her music (check out Youtube to hear her rap), and a drawing class she's anxious to begin. But right now, Wells says, "I feel like I’m a little lost."

"I don’t have as much certitude about my creative endeavors that one might think from the outside," she continues, suddenly solemn. "I could write something and who knows what would happen, within a week it might be — it’s just a little confusing."

So she's taking it "one step at a time," she says, working on her projects while still pursuing acting and seeing what comes next. Whatever it is, one thing's for sure —Wells will do a damn good job, thank you very much, whether or not you ever thought she could.