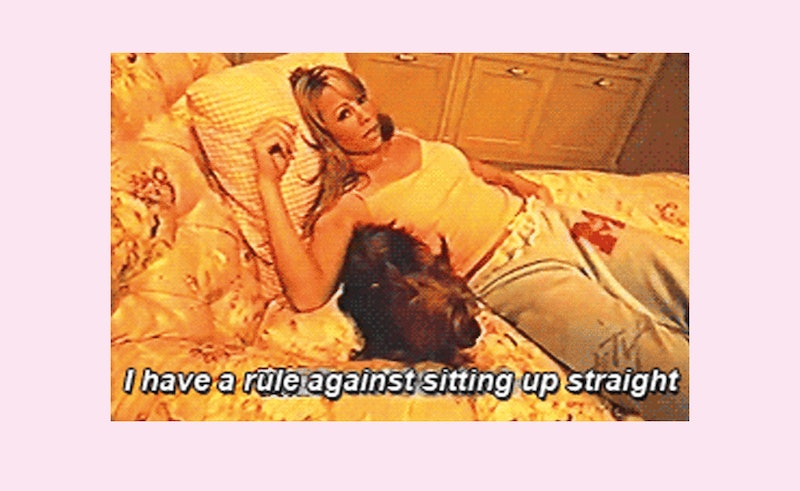 Remember salivating over celebs' houses with their unnecessary but amazing things like basketball courts in their bedrooms and slides in their living room? That was what first drew me towards MTV's cult show Cribs. With classic episodes featuring Mariah Carey, the Osbournes, and Richard Branson, Cribs quickly became a staple show of the '00s, but what would the show be like today? Well, you no longer have to wonder. MTV UK is bringing back Cribs in 2019, and I couldn't be more here for it.

Filming will begin in Spring, and Cribs will reportedly be returning to TV screens later on in the year on MTV UK, according to Billboard. The site also reported on Wednesday, Feb. 13 that in addition to the main show, there'll be a Geordie Cribs special, featuring current and former Geordie Shore cast members who'll be showing off their gaffs in a spin-off series.

Those episodes will make an excellent precursor to the main show, and will break up the wait a little bit, since Billboard reports that Geordie Cribs will be available to watch on Facebook Watch, YouTube and MTV’s international web and social platforms from Feb. 25. That's really not long at all.

The celebs who'll appear on the main show have yet to be confirmed, but I reckon things will look a bit different this time around. With skyrocketing London house prices, and fame no longer seeming to ensure the big bucks that it used to, in this season of UK Cribs, I reckon you could be seeing some rather less plush housesits in the city. But who knows? Maybe it's not actually all that bad for celebs nowadays.

The Hollywood Reporter says there'll be eight episodes, each with a 30 minute running time, so it's not too different from the OG series. "The new series is set to be warm and funny, giving MTV audiences a sneak peak into how their favorite stars live,” MTV UK's Vice President Kelly Bradshaw said in a press statement. I'm so here for that.

The decision to reboot the cult show seems to have come at just the right time. It's probably just coincidence, but on the night before the Cribs announcement, several Twitter users were talking about how much they missed the show. "Uh they should bring MTV Cribs back," tweeted one fan, "Can they bring back mtv cribs lol that was my show," said another. Well, it looks like they got their wish.

For those who don't already know, the U.S. version of the show is actually still kicking, only nowadays it's on Snapchat, and has been ever since the show relaunched in June, 2017, as High Snobiety reported.

To tune in, all you'll need to do it subscribe to MTV Cribs' Snapchat, and from there you can enjoy house viewings guided by the likes of, Steve Aoki, Von Miller, Bella Throne, and plenty more, while you anticipate the return of Cribs UK. That'll really be where the magic happens.