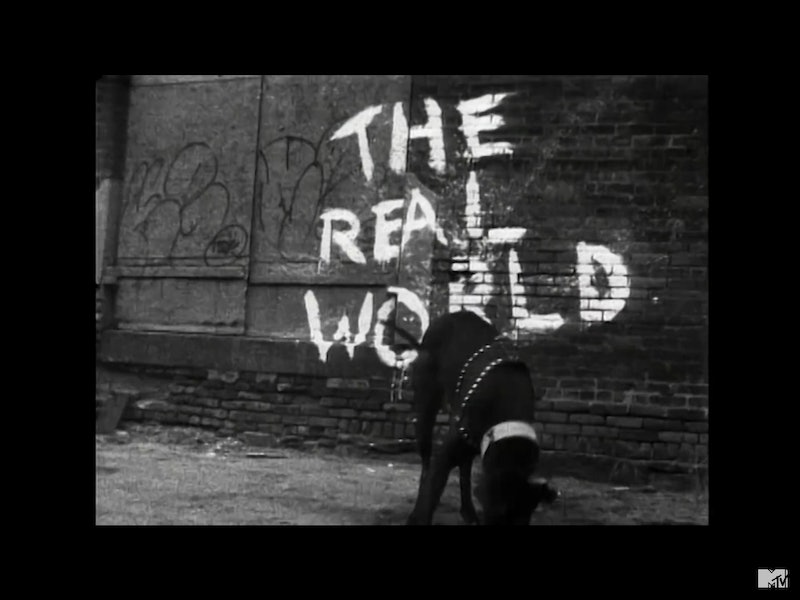 Tired of reboots and revivals yet? Well, if you're begging for more nostalgic moments to fill your watch list, MTV just may have something perfect in store for you. MTV is reviving The Real World revival and it could be coming to your TV screen sooner than later, according to Variety on June 21, and of course, it will help you relive the '90s in all of the best ways possible.

With the launching of MTV Studios, the production house is working on bringing back a lot of their older programming that fans of the cable network know and love for both their traditional platform and some to be distributed on other streaming services. It's being reported by Deadline that MTV Studios has the goal of bringing to life a library of over 200 programs geared towards young adults, some of which being new show ideas, but most unscripted. This means that pretty soon fans of the ever so popular MTV productions, such as The Real World, will be able to get their fix of the liveliness, drama and inspiration that kept them coming back for more.

As far as The Real World goes, MTV president Chris McCarthy said he totally understands the impact the staple had on its viewers, and so, bringing it back under the new MTV Studios house was almost a no brainer. In a statement to Deadline, McCarthy said,

Whether falling in love with the "Back to Chicago" cast, or revelling in all of the drama that the "Las Vegas" crews constantly had brewing, The Real World never ceased to inspire its viewers.

Combining a bunch of strangers from all walks of life into one house was the greatest social experiment ever, and for some, served as an introduction to different cultures that they wouldn't have been privy to otherwise. As groundbreaking as the show's concept was upon its world premiere nearly two decades ago, reviving The Real World could potentially have just as great as an impact on viewers — and will hopefully help to bridge some of the complicated gaps between many cultures in America today. According to the Boston Globe, The Real World may be one of the most influential reality TV series since premiering in 1992.

To that point, McCarthy continued to Deadline, saying, "And so we’re able to go and actually retell that story, updated of course, with new characters, new tensions, new real-life issues. But still stay totally pure to the clean idea of what Real World was without having to basterdize it in order to make it work for traditional cable."

Along with The Real World, MTV Studios will also revamp some old favorites like Daria, but this time upgrading the emo-teenager's classmate Jodie from a recurring character to also having her name in lights with the new title Daria & Jodie.

And the Emmy Award-winning life-makeover show Made will also make a return to the main stage. MTV Studios has some new project ideas to add to the lineup, with the same ol' '90s feel, of course. According to Deadline, MTV's Straight Up Ghosted will reunite family members and friends with those who have ghosted them, and highlight the very tough conversations that happen as a result. And inspired by the iconic shows The Hills and The City, The Valley will follow a group of 20-somethings from Nogales, Arizona — along the border of the United States and Mexico — as they navigate life, love and their careers.

With MTV having demographic between the ages of 12-34, the network is planning to divy up their programming between streaming platforms and traditional television. And since most 12-17 year olds watch most of their content online, the new programming geared towards them will be available via streaming services, and shows targeted towards the 17-34 year olds will more than likely find its resting place on the network.

MTV's new approach to reaching the masses, including its revamping of many of its '90s, early '00s hits, shows that the network is cognizant of the social impact it has had on folks throughout the years. And when keeping today's divided political climate in mind, placing The Real World reboot at the top of the list is the most on-brand thing they could do.