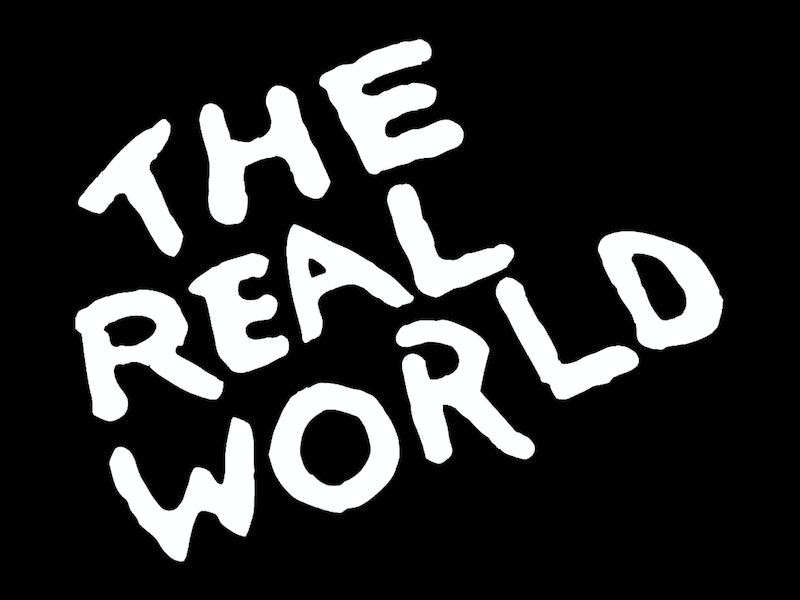 There was no sweeter moment in the '90s and early '00s than when you graduated from watching Nickelodeon and Disney to watching MTV. Even better, you got to watch MTV unsupervised. Clearly you had arrived as an adult (even though you still didn't have a driver's licence and refused to give up your stuffed animal collection). While this was the era when MTV was still playing music videos on a regular basis, the channel had moved into the world of reality TV in a big way, and MTV reality shows were your everything.

Even if you secretly thought The Real World was boring, you watched it because you knew your entire lunch table would be dishing about it at school the next day. Watching MTV reality shows was like taking a crash course in adulting from teachers who really should have taught a different course, like Partying 101. The lessons you learned were not sound, but man, were they entertaining.

You were there for the first big wave of reality television, and you soaked up every minute your parents would allow. From forever favorites like Road Rules to forgotten treasures like Sorority Life, these are the MTV reality shows you were totally obsessed with back in the day.

The edgiest of all MTV's reality series, The Real World was the show your parents were most suspicious about you watching. After all, watching seven to eight people in their early 20s live together sounds like alarm bells for parents. In actuality, The Real World, despite all of its squabbles and hookups, was a groundbreaking series that took on topics like AIDS and abortion when no one else was doing it. In its early years, there was nothing else like it on TV.

Ashton Kutcher's carefully crafted pranks were downright nefarious. The man made Justin Timberlake cry on camera once. Apparently, the show is still on the air, but I find it hard to believe it could ever be as darkly entertaining as it was back when celebrities never saw Kutcher's schemes coming.

Getting the chance to peak inside the homes of celebrities at an early age is likely what led my generation to be obsessed with HGTV. This show was voyeuristic, outrageous, and completely addictive. Basking in the sheer excess of the homes of rappers, pop stars, and minor celebrities was the only way to spend your afternoon circa 2001.

If you didn't secretly want to be on Made in high school then you had way more extracurriculars than I did. Sure, the coaches were often terrifying, but at the end of each episode, the teen became a rapper, actress, or just cooler — at least for a day. As a series all about wish fulfillment, Made was required high school viewing.

Road Rules was not as culturally influential as The Real World, but it was way more fun. It took The Real World concept and put it on wheels with the added twist of taking away the participants' cash. It was impossible not to watch Road Rules and envy the cast's nomadic RV life. Before it was cancelled Road Rules was totally post-college goals.

True Life is the show that routinely left you weeping over your Capri Sun and having deep conversations with your friends the next day. The series documents teens who face poverty, discrimination, struggles with their sexuality, and any number of other topics that inevitably lead to all the tears.

Why couldn't the world look away from the Osbournes' strange and often mundane life in the early '00s? I was right there with everyone else trying to decipher Ozzy's rants and copy Kelly's style even as the family spent an inordinate amount of time discussing their dogs' bodily functions.

"Is this chicken what I have, or is it fish?" Oh Jessica, I cannot prove it, but I am fairly certain you were the world's first meme.

This show was the perfect way to kick off an '00s sleepover. Watching people helplessly witness their rooms being turned over by a guy or girl who would possibly take them on a date felt so wrong and yet so right. When I look back on this show I just remember a ton of giggling.

I can only speak for myself, but this show made me terrified of sororities. I am sure many of them are wonderful, inclusive communities, but the way MTV presented them they were total horror shows. Despite all of the mean girl antics, or maybe because of them, everyone I knew was completely obsessed with this show and its unending drama.

The Hills will forever be the best soap opera in the history of television. If this show was still on, you know you would still watch it and obsess over Lauren Conrad's life like it was 2006 again.

MTV will forever be the reigning champion of creating addictive reality shows. You may not tune into them much these days, but MTV's old school reality shows made your teen years way more fun.

More like this
'Friends' Star Maggie Wheeler Offers Support To Matthew Perry After Reading His Memoir
By Alyssa Lapid
Mel B Thinks These Celebs Should Play Them In A Spice Girls Movie
By Alyssa Lapid
Twitter Is Having A Field Day Over Mr Blobby’s Costume Selling For £62k
By Catharina Cheung
Man Meets Politics: ‘Boy Meets World’ Star Ben Savage Is Running For Congress
By Jake Viswanath
Get Even More From Bustle — Sign Up For The Newsletter
From hair trends to relationship advice, our daily newsletter has everything you need to sound like a person who’s on TikTok, even if you aren’t.