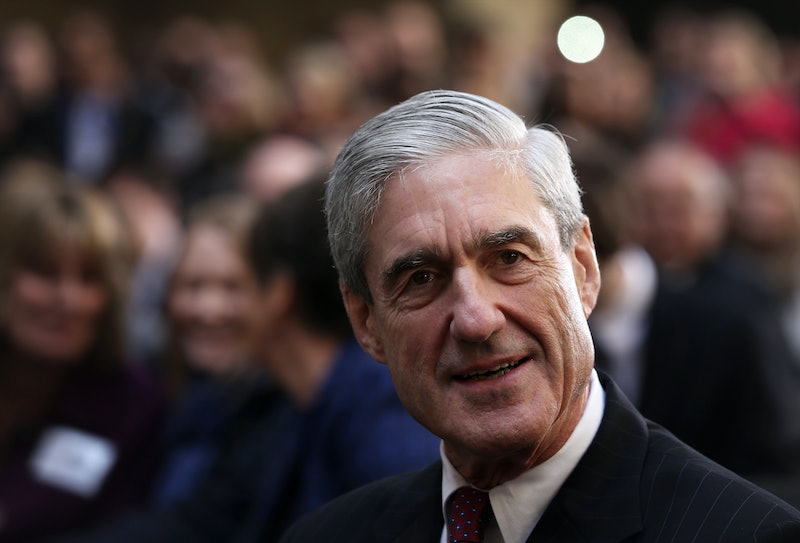 Whether Barr will submit a version of the report to Congress is not immediately clear. Although the attorney general has received a copy of the report, as is required under Special Counsel regulations, it will be up to him to decide what information should be divulged to Congress, or the public. The proverbial ball is now largely in Barr's court.

But although the executive branch holds many of the cards, the legislative and judicial branches will potentially have a role in the Mueller report's release as well.

As Quartz reports, the Justice Department will be required to brief the House and Senate Intelligence Committees if Mueller's report concludes that Trump has been compromised by a foreign power. It would then be up to the heads of those committees to decide how much of the Justice Department's briefing to publicly reveal. Although it's anybody's guess what they'd do in such a situation, House Intelligence Committee Chairman Adam Schiff is a regular and strident critic of the president, and has accused House Republicans of collaborating with Trump improperly at various points in the investigation.

Perhaps more significantly, Schiff has already said that his committee will subpoena Mueller's final report, and "will take it to court if necessary." This brings up the possibility — and to be clear, this has not happened yet and there aren't any indications that it will — that either the Justice Department or the White House will move to prevent the report from being subpoenaed. This, as Quartz noted, would likely result in a Supreme Court fight.

Mueller was appointed head of the special counsel investigation in May of 2017 by Rosenstein, who assumed authority over the investigation after then-Attorney General Jeff Sessions recused himself from the probe. In the time since, speculation about the report's findings has been a regular topic of both American and international political discourse. Of special interest to both Democrats and Republicans, in particular, has been whether or not Mueller's investigation would reveal either intentional or unwitting connections between the 2016 Trump campaign and Russian officials attempting to influence the election.

Since the investigation first launched, Trump has vehemently maintained that there was "no collusion" between his presidential campaign and the Russian government. But as reports were periodically filed, and as more and more of those closest to the president both personally and professionally were implicated in potentially problematic interactions with Russian oligarchs and agents, questions about the president's connections with Russia grew.

These concerns were compounded by a seemingly never-ending torrent of media investigations dissecting the president's relationship with Vladimir Putin, as well as one notable Washington Post report which indicated that the FBI had opened its own, separate investigation into the matter after Trump fired former FBI Director James Comey. Still, Trump maintained that there were absolutely no inappropriate ties between his presidential campaign and the Russian government.