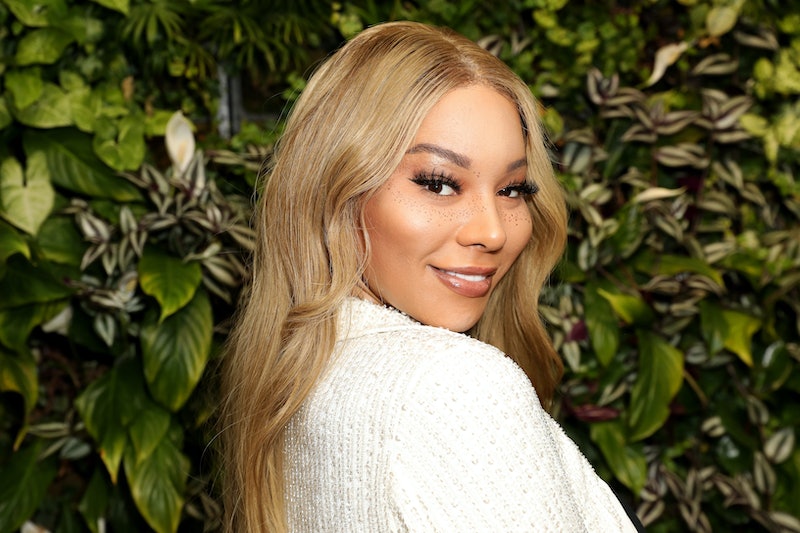 The worldwide Black Lives Matter protests have inspired many to share their own experiences of racial injustice. Adding to this conversation is model and activist Munroe Bergdorf, who recently revisited the mistreatment she received from L’Oréal Paris in 2017 in response to one of their Black Lives Matter social media posts. Following this criticism, L’Oréal Paris' president reached out to Bergdorf to apologise and talk through what had happened, and the model has said she is now "looking forward to new beginnings and a new positive relationship" with the company.

"This week, I spoke with L’Oréal Paris new president, Delphine Viguier, who reached out to me directly," Bergdorf shared in a social media statement today (June 9).

"We had an open and constructive conversation, she listened to what I had to say and expressed her regret for how the situation was handled three years ago."

In 2017, L'Oréal dropped Bergdorf from a campaign after she spoke out about white supremacy and systematic racism in a social media post after the events in Charlottesville that year.

Today, the model explained that L’Oréal have committed to donating €25,000 to the Mermaids charity, which aims to support "gender-variant and transgender youth in the UK," as well as UK Black Pride — which is described as "an annual safe space to celebrate diverse sexualities, gender identities, cultures, gender expressions and backgrounds."

"As an activist, part of my work is to encourage big businesses to understand their responsibility with regards to diversity and inclusion. It’s imperative that in all industries, a wide range of people from different backgrounds and experiences are in the room at all levels and in decision making roles, to reduce oversight and to create a product that is built with all people in mind," she added.

In the statement posted on Instagram, Bergdorf also revealed she has accepted an offer to sit on the UK Diversity and Inclusion Advisory Board for L’Oréal, a position she hopes will help to "influence and inform the brand."

"While what happened three years ago was extremely traumatic for me personally and professionally, sitting on a board to provide a voice and a champion for black, trans and queer voices in the beauty industry is important for me," she explained, before adding how "It feels good to finally have closure on this matter and I look forward to new beginnings with the L’Oréal team."

More like this
This Is When Netflix Is Going To Start Charging You For Sharing Passwords
By Darshita Goyal
Rita Ora Finally Opened Up About Marrying Taika Waititi & Their "Perfect" Wedding
By Sophie McEvoy and Catharina Cheung
Watch Jacinda Arden’s Devastatingly Honest Resignation Speech
By Sam Ramsden
'Brookside' Is Coming Back & Soap Opera Fans Are Going Wild
By Sam Ramsden
Get The Very Best Of Bustle/UK
Sign up for Bustle UK's twice-weekly newsletter, featuring the latest must-watch TV, moving personal stories, and expert advice on the hottest viral buys.