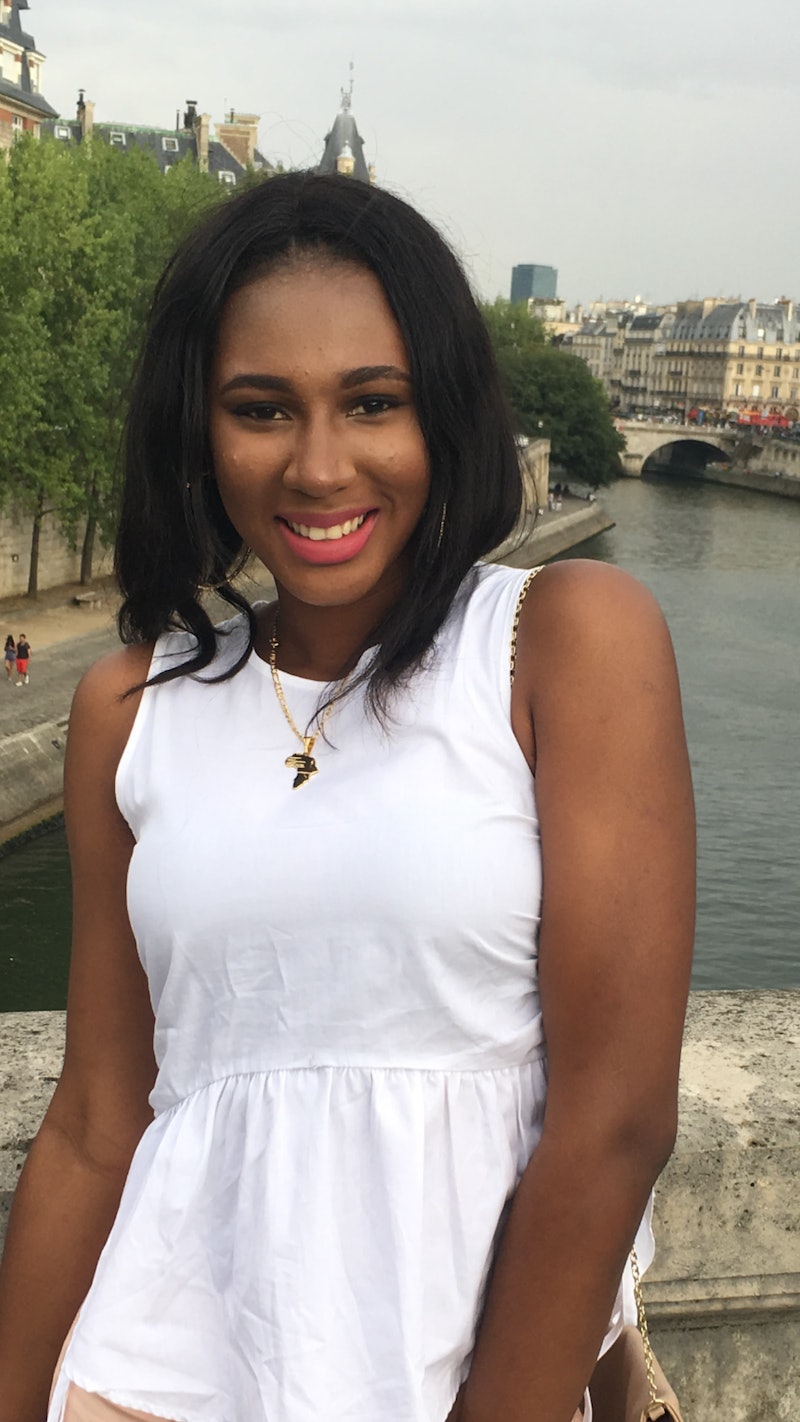 While living in Northern Guinea, where I grew up, I was told about a 29-year-old man I was to marry once "the time had come." I was 10 years old.

I grew up in Mandinka culture. From a young age, girls are trained to do household chores, taught to cook, and prepared for marriage. I saw firsthand how women struggled when they did not have an education, but higher education was not a choice for many of them. There is nothing wrong with being a wife and mother, but I always wanted something more.

I watched as many girls in my community married right after middle school. Once married, they had one priority: their family. I noticed that my brothers and male peers were not prepared for marriage; they were able to have a carefree and fun childhood while us girls were instructed to mind our behavior so that we could get a husband and serve him.

"I watched as many girls in my community got married right after middle school. Once married, they had one priority: their family."

Even though I moved from Guinea to New York City while in high school, I didn't truly distance myself from those expectations until I enrolled in college in upstate New York. In high school, my supposed fiancé — the much older man my family had chosen — entered my life for the first time, but I declined his proposal. I spent days afterwards trying to convince my father that an education would help me move forward in my life before marriage. I added that, if he did go force me to go through with the marriage, I would run away. I told him I wanted to live my own life and wanted to get an education — and I told him it wouldn't be possible to live my life on my own terms if he forced me to get married.

"I spent days afterwards trying to convince my father that an education would help me move forward in my life before marriage. I added that, if he did go force me to go through with the marriage, I would run away."

Even though I moved from Guinea to New York City while in high school, I didn't truly distance myself from those expectations until I started thinking about going to college away from my family’s home.

During my junior and senior years of high school, I was lucky enough to have been selected to participate in the mentoring program, Girls Write Now (GWN). I’ve always turned to writing to help shape my success. It has played a role in challenging my family norms because when I write, I feel relief and become inspired about my goals. Whenever I go back to read what I wrote, I feel powerful and better able to acknowledge that I have a lot of dreams. My writing fuels me to take action on my aspirations. Seeing my goals on the page helps me to express myself, stand up for myself, and question certain norms in my family.

Participating in GWN also gave me the confidence to stick with my decision to go away to college and gain not only a higher education but more independence as a woman. Going to the monthly workshops at GWN and seeing all the young women writing about their goals boosted my own aims even higher. On top of that, I had a wonderful mentor, Meg, who guided me through college prep and gave me good advice about her own experiences going away to college and becoming more independent. In this network, I felt supported and motivated by the women around me.

When it came time to apply for college, I was hesitant about applying to schools outside of New York City and leaving my family home. I knew people would judge me if I chose to live someplace other than my parents' home without getting married. People in my community label girls who make that choice as prostitutes or not serious about life or family. Others told me my father would never allow me to leave. I heard things like, “You, little girl, are very ambitious but if you are really thinking about going away for college, you need to erase that thought completely because your father would never let you go. First of all, your brother — who is a man — was not allowed to go away. What makes you think that, you — a girl — would be allowed to? You must change that thought and remember who you are.”

I felt imprisoned and anxious, and I tried to avoid questions about my college plans whenever possible. However, I came to a realization that people will always have something to say, positive or negative, so it was up to me to create my own path. I decided to apply to colleges within and outside of New York City. My Girls Write Now mentor Meg came to my college application appointments and was a helpful perspective apart from my family’s rigid expectations.

"I felt imprisoned and anxious, and I tried to avoid questions about my college plans whenever possible."

When my acceptance letters began to arrive, I weighed the pros and cons of staying at home and attending a school in New York City. If I stayed in the city, I would maintain a good reputation within my family, I would not be considered a rebel, and there would be reputable families who would want their son to marry me. On the other hand, I would live the same lifestyle as I did in high school, I would go to school then come back home to cook, clean, and care for my father and brothers, and I would probably have to marry early. I would not have enough time for my studies and my life would cycle between domestic chores and schoolwork.

I decided to attend college away from home. When I told my father, he asked if it was what I really wanted. I told him yes. He said that he heard me, but he did not give me a response that night. I waited for a few weeks to hear his decision. During this time, my father sought advice. My mother definitely did not agree. He asked a few people from the mosque, several of whom who asked in return, “Why would you let your grown daughter go away for college? Isn’t it the perfect time for her to get married? You should give her in marriage instead. Girls are well fitted in marriage. She is young and men are willing to marry her at this age rather than later.”

During a prayer session, the Imam started a discussion about how letting children go away for college is a huge mistake, that children should not be out of their parents’ sight, especially the female ones. It was one of the most uncomfortable prayer sessions I ever attended. On our way home, no one said a word.

Two days later, I asked my dad if he had made a decision. He agreed that I should go away and said that he believed in me, but warned me not to humiliate him. I promised I would do well in school, and reminded him that I am named after his oldest sister — a woman who left home to get an education. He believes that I could be successful like her one day.

After my high school graduation, I interned at a nonprofit organization called Sauti Yetu, where we worked to prevent female genital cutting. It was a paid internship, so I took this opportunity to save my money, because I did not want to ask any family members for help. After I graduated from college, I returned to work at Sauti Yetu, enrolled in a pre-nursing program, and continued to write. I even have an essay featured in Girls Write Now: Two Decades of True Stories from Young Female Voices, a forthcoming essay collection about what it's like to grow up in America. Among my many peers who did not get the chance to go away for college, most are married with kids. Several of them did not make it through college and are taking care of their husband, children, and families.

At my college graduation, my father was very proud of me. He drove with some family members from NYC to Albany and threw a barbeque for me at my apartment. He called people in Guinea to express how happy he was that I went away to school and obtained my degree. However, many of my family members are still pressuring me to get married. They say that my time for marriage is long overdue—that a woman is not fully successful until she gets married, no matter how successful she is in other areas of life. But I am a professional working woman who is very ambitious and living my life by my gut, unbothered about what people have to say about me.