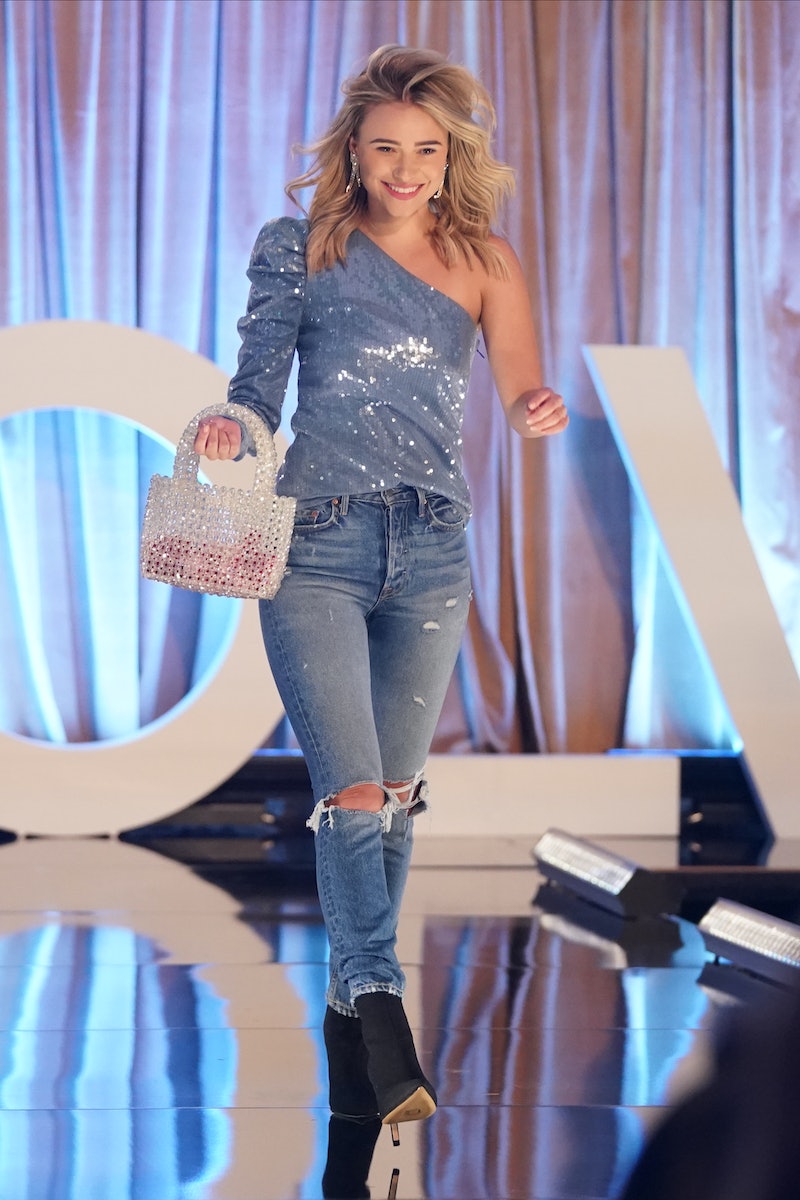 Peter Weber's The Bachelor season is in full swing, and one of the contestants who's already caught his eye is Mykenna Dorn, a 22-year-old Canadian fashion blogger. While it's inevitable that most of the women of The Bachelor franchise become Instagram influencers during their time on the show, Mykenna walked into the mansion with a leg up on the competition. The Bachelor Mykenna's Instagram boasts over 100,000 followers, and it shows how dedicated she is to cultivating her online presence.

As Mykenna's Bachelor bio tells you, she's "way more than a pretty girl in a photo." She's described as being super close to her parents, and she's inspired by grandparent's 61 year-long relationship. She's adventurous, and wants someone who's as down for drinking and dancing with friends as she is. "I want the good and the bad," Mykenna told ABC. "I want to laugh, be goofy and be spontaneous with my person, but I also want a relationship where we challenge each other. I don't want an easy love!"

A peek at her Instagram proves that Mykenna certainly knows how to curate a chic outfit, and is invested in building her fashion blogger brand. She clearly appreciates the perfectly slouchy sweater just as much as a nicely fitted dress, and her posts feature a variety of clothing from Lulu's, Anthropologie, and Revolve to Princess Polly Boutique and the Canadian brand Finding July.

But her Instagram also shows how much of a fun-loving person Mykenna is. Her bio simply says that she's the "CEO of Cringy Wine Dancing."

"Heard tonight’s episode is going to be quite bubbly... so I thought this was appropriate," Mykenna writes on one post, which features her dancing with a bottle champagne until it accidentally bubbles all over the floor.

"No one: Me at family gatherings: who wants to see my cringy wine dance??!," she writes in another post, which features her attempting to break it down to a Dua Lipa song, while some kids look on in mild horror in the background.

In a YouTube video, Harrison described Mykenna as a “girl I can really wrap my heart around” and root for. He hinted that Mykenna will definitely be one to watch this season, as she “wears her heart on a sleeve and that sleeve is on her face.”

Being in the mansion is an extraordinary circumstance, and though Mykenna is clearly easy-going on her Instagram, it looks like she's already encountered some drama on the show. In this week's episode Mykenna clashes a bit with self-dubbed "crying is cool" Kelsey, with Kelsey accusing Mykenna of "disrespecting her" for having an extra aside with Peter, when Mykenna already got a date with him this week and Kelsey didn't. There's bound to be more tension as the weeks progress, and Mykenna is likely going to need to tap into those good vibes that her online presence is all about if she wants to sail to the finish line.