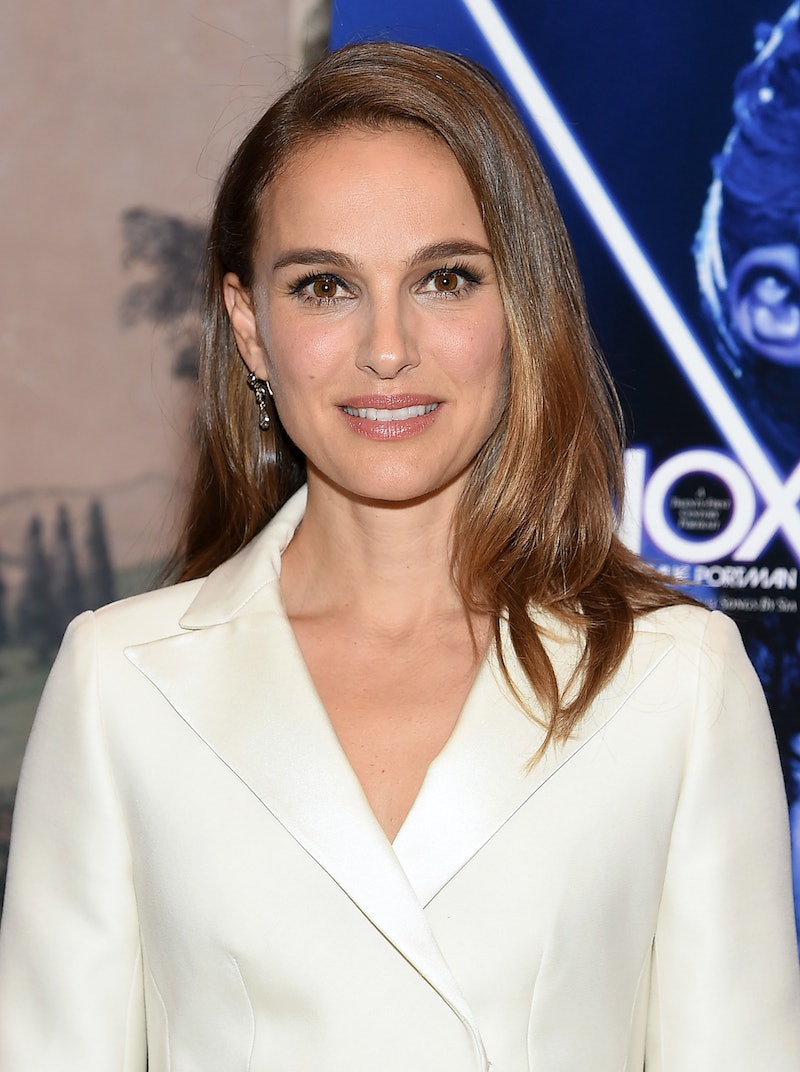 One might think these two are feuding, but that is far from the case. Natalie Portman responded to the Jessica Simpson situation once again during her Tuesday appearance on Watch What Happens Live With Andy Cohen. After a caller phoned in asking about Portman and Simpson's miscommunication that occurred in early December and if the two have spoken offline since, the Vox Lux star responded like the class act she is. Rather than bashing Simpson, Portman praised the former singer and focused on the importance of uplifting women.

"No, only on," she said referring to the two talents only having an exchange via social media. The Oscar-winner added, "I only have respect and good feelings for her."

Late-night Bravo host Andy Cohen applauded Portman and Simpson for how they handled the situation. "That was such a nice dialogue you both had," Cohen said to his guest. "It was very respectful." After Portman thanked him, Cohen said, "Everybody should squash their beefs that way."

Then, the Black Swan actor got real about why women need to support one another, in addition to how women shouldn't be pitted against each other. "I think there's no need for beef between women," Portman powerfully stated. "We're all in the same society and living with the same pressures, and we're allies."

Portman's words echo the first statement she gave in response to Simpson's statement directed at the actor over a remark Portman made in a Dec. 4 interview with USA Today.

While chatting about her new movie Vox Lux, in which Portman plays a pop star, she discussed, as USA Today put it, "the virgin/vixen paradigms lobbed by the music industry as the millennium neared." Portman said,

"I remember being a teenager, and there was Jessica Simpson on the cover of a magazine saying 'I’m a virgin' while wearing a bikini, and I was confused. Like, I don’t know what this is trying to tell me as a woman, as a girl."

As you can see above, Simpson tweeted,

"@Natalieportman — I was disappointed this morning when I read that I 'confused' you by wearing a bikini in a published photo taken of me when I was still a virgin in 1999. As public figures, we both know our image is not totally in control at all times, and that the industry we work in often tries to define us and box us in."

She didn't stop there and continued,

"However, I was taught to be myself and honor the different ways all women express themselves, which is why I believed then — and believe now — that being sexy in a bikini and being proud of my body are not synonymous with having sex."

Simpson went onto to say that she fully embraced her choices back then and still does today. It's also important for the shoe designer to let other women know that "they can look however they want, wear whatever they want and have sex or not have sex with whomever they want." Simpson also wrote, "The power lies within us as individuals."

Soon after Simpson's message, Portman took to Instagram by writing a sincere apology in the comment section of the "I Wanna Love You Forever" singer's post, all while clarifying she wasn't personally criticizing Simpson. The Jackie star partially wrote (you can read her entire response above),

"@jessicasimpson Thank you for your words. I completely agree with you that a woman should be allowed to dress however she likes and behave however she likes and not be judged. I only meant to say I was confused — as a girl coming of age in the public eye around the same time — by the media's mixed messages about how girls and women were supposed to behave."

It doesn't appear that Simpson has responded to Portman's apology. Also, it's totally understandable why Simpson felt like she needed to defend herself, because it's something she's done a lot over the years.

All that said, Portman has made it clear there is no feud between them whatsoever. Both of her responses reflect just how much of a class act Portman really is and shows she's a true believer in uplifting women. She's right in saying women need to be allies, which is exactly what Portman has shown in how she's handled the Simpson situation.