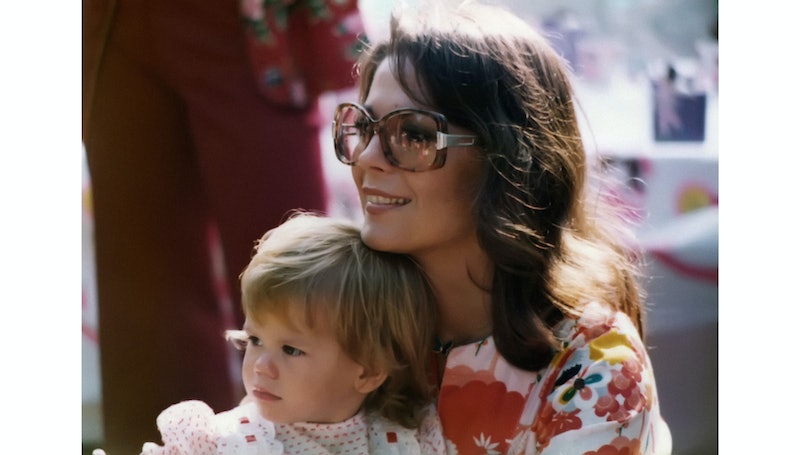 In 1981, the Oscar-nominated actor Natalie Wood drowned in the waters surrounding Catalina Island at 43. Wood had spent the weekend aboard a yacht with her husband, Robert Wagner, the actor Christopher Walken, and the boat’s captain. Though investigators ruled Wood’s death an accident, mystery and speculation continued to swirl around what happened on the night of her death. The case was reopened in 2011; over six years later, the Los Angeles County Sheriff's Department deemed it a “suspicious death,” naming Wagner a person of interest.

Now, Wood is once again back in the news thanks to a new HBO documentary, Natalie Wood: What Remains Behind (out May 5). The doc was produced by and stars Wood’s daughter, Natasha Gregson Wagner, who was 11 at the time of her mother’s death. Through a series of unseen home movies, photos, and interviews with those closest to Wood, the documentary offers an intimate look at the beloved actor. Here, Gregson Wagner reflects on the mother she knew — one who’s nothing like the tragic figure true crime fans have come to know in the press. As told to Samantha Leach.

I first heard that my mother had died on the radio while I was at a sleepover. It was like the outer layer of my skin had been removed and there was nothing left to protect me. By the time I got back to my house, there was press with their cameras waiting for us. I remember I didn’t want anyone to catch me crying, because I didn’t want their pity. That was a big thing for me: shame. I had a lot of shame about my grief because my parents were famous. Because I had this beautiful, famous mom, this great childhood, and she loved us so much. We were just having a ball and I felt that somehow I was being punished for that.

I spent so many years after her death trying to be invisible. Invisible from people, invisible from God, because I was afraid that if he saw me too clearly that something bad would happen to me, and from those who’d whisper, “That’s Natalie Wood’s daughter.” The reality of being motherless felt too gaping for me. I was more of an outline of a person that someone had drawn, but I wasn’t filled in yet with all of the shades of color.

I hated when I’d flip through the channels on the television and there’d be one of those shows like “Current Affairs: The Tragic Night Natalie Wood Died.” Or I’d be at the grocery store and I’d glance at The Inquirer or The Star at the checkout stand and I’d see the name Natalie Wood and I would almost leave my body. I’d detach from the experience. Because I’m like, “I don’t know that person.” It makes me feel so disconnected from her, because it’s a narrative of a life that I witnessed, but it doesn’t ring true to me in any way.

"I’d be at the grocery store and I’d glance at The Inquirer or The Star at the checkout stand and I’d see the name Natalie Wood and I would almost leave my body. I’d detach from the experience."

I didn’t even realize just how much people really thought my Daddy Wagner had something to do with her death until 2011, when they reopened the case. That was the first time I was like, “Are they crazy?” My dad is the greatest. He’s her protector, my protector, and our family’s protector. I was truly outraged by it. I’d never realized that I was walking around with a narrative in my head that’s not the same as the one a lot of people were walking around with.

Because the woman I knew had an incredibly joyful, outrageously stunning life and marriage. This was a woman who stood up for herself and demanded equal pay as an actress in the ‘60s. She was like a supernova. Motherhood also came very easily to her. She loved to read me stories at night. I can still hear her voice reading The Little Prince, singing “Frère Jacques,” or this silly song she made up called “Fried Ham.” I felt so loved by her.

It’s like when you’re cooking and you’re separating the yolk from the white. Sometimes you just need the yolk and sometimes you need the white. Most of the time I just wanted the yolk, the mom I knew, not the celebrity. But now that I’m an adult and have done a lot of healing work on myself, I recognize that Natalie Wood the celebrity needs to exist as well. So if I can have a hand in reframing that story about who she was and the life she lived, then that’s my honor and duty as her daughter.