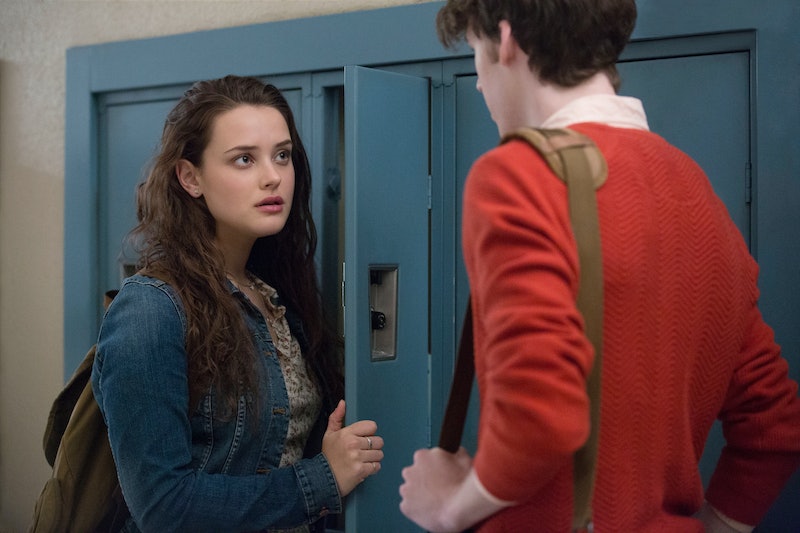 In light of the tragic school shooting in Santa Fe, Texas on Friday, May 18, Netflix canceled the 13 Reasons Why Season 2 premiere event in Los Angeles. Spoilers ahead for Season 2. According to The Hollywood Reporter, Season 2 includes two shooting related storylines — one involving Alex, a student who attempted suicide at the end of the first season, and the other surrounding a bullied student who was seen stockpiling guns in the Season 1 finale.

Netflix issued a statement to Bustle about the cancellation that reads:

"'Our hearts are with the victims of the Santa Fe High School shooting, and with all victims of gun violence. In light of today's tragedy, we are cancelling the 13 Reasons Why S2 premiere event tonight.'"

As reported by CNN, 10 people were killed in Friday's school shooting, and 10 more were injured. The Texas police have a suspect in custody, and several people are being treated at local hospitals. This is the 22nd school shooting so far this year, and the deadliest since the shooting in February at Marjory Stoneman Douglas High School in Parkland, Florida. The Parkland students have been advocating for changes to the current gun control laws since the tragedy at their school. In wake of the latest shooting, they've been taking to Twitter to express their condolences and offer support to their fellow students.

"Santa Fe High, you didn't deserve this. You deserve peace all your lives, not just after a tombstone saying that is put over you. You deserve more than Thoughts and Prayers, and after supporting us by walking out we will be there to support you by raising up your voices."

A graduation ceremony for the Santa Fe students had been planned for Saturday. However, according to CNN, a student from the school told the local news channel KHOU that they were too worried about their classmates to think about, or even want to attend, graduation.

In addition to the premiere event being canceled, 13 Reasons Why stars have been tweeting their support to everyone affected by the shooting. Alisha Boe, who plays Jessica wrote, "My thoughts are with Santa Fe. absolutely heartbroken." Her co-star Dylan Minnette tweeted, "I am devastated by yet another senseless tragedy. my heart is with you, Santa Fe." Christian Navarro, who plays Tony, shared a passionate plea for change. He wrote,

"I’m sick and tired of writing this: WE DONT NEED THOGHTS AND PRAYERS. WE NEED REAL LEGISLATIVE CHANGE. How many more children have to die before @realDonaldTrump and others in power have the courage to stand up for those who have been shot down. Santa Fe, my heart is with you."

The actors' responses to the Santa Fe shooting come at a time when Netflix is making an effort to better address the difficult subject matter in the show by pointing parents and viewers toward resources that will help them talk about the topics the series brings up, and to reach out for help if they need it.

Those who are watching 13 Reasons Why Season 2 should be aware that Netflix has created a special website featuring PSAs to help viewers deal with the show's heavy topics, as well as directions to resources in case you need to reach out to someone. The PSAs were implemented in light of Season 1's graphic depictions of sexual assault and suicide. Both of those themes, as well as gun violence, will be a part of the second season. All 13 episodes of 13 Reasons Why Season 2 are now streaming on Netflix.