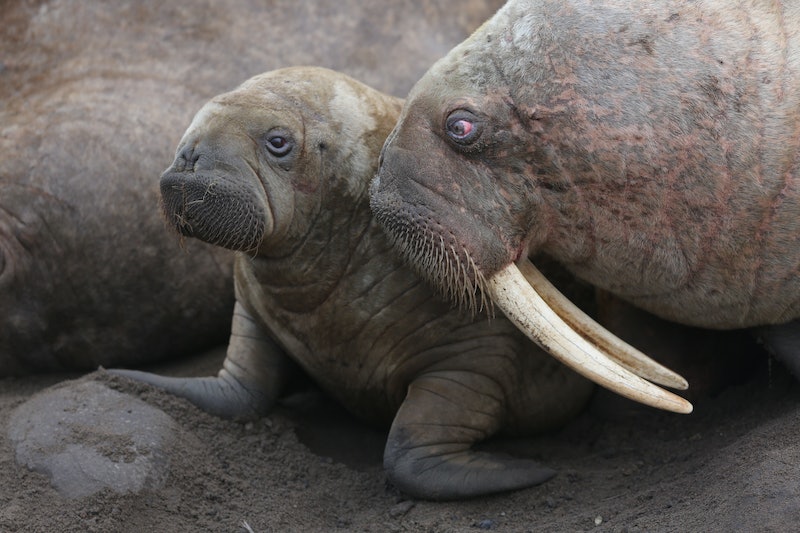 Netflix often does not issue preventative warnings for its programming, even for the most graphic or disturbing content. So in the instance that Netflix does go out of its way to warn viewers about one of its original films or series, whether it’s online or displayed right before the video begins, it’s best to be informed before proceeding to watch. Recently, Netflix issued a warning to viewers of Our Planet, pointing out moments that may upset sensitive viewers and animal lovers.

The new docuseries Our Planet consists of eight episodes that examines how humans have, sometimes unknowingly, contributed to climate change while also highlighting how Earth’s many life forms are closely interconnected — and explaining just how beautiful that is. The streaming service’s synopsis of the show reads, “Experience our planet's natural beauty and examine how climate change impacts all living creatures in this ambitious documentary of spectacular scope.” While the visuals are as stunning as one could hope, Earth’s beauty sadly isn't all sunshine and roses. The reality of life on Earth also includes the disturbing but natural habits of our beloved animal, including death, which Netflix has told viewers to take note of.

“As you make your way through @OurPlanet, here are some moments animal lovers may want to skip,” the company said in a tweet shared Wednesday, April 10, along with timestamps of the exact moments that one might want to fast forward through to avoid crying while watching.

One of the saddest moments of the series happens in the first episode itself, “One Planet”, which shows a baby flamingo who becomes unable to walk properly after salt encases the creature’s legs. As reported by BuzzFeed, the docuseries states that this phenomenon is due the planet’s natural water resources drying up around the world.

However, the scenes that have caused the most outcry online, which likely prompted Netflix to issue the warning, occur in the second episode, “Frozen World." As reported by Deadline, the episode features a family of walruses that are forced to rest on a small patch of dry land due to the melting of ice packs, their natural habitat. According to the report, some of the creatures lose their balance and fall off from the cliffs — a violent picture for fans who might have thought they were just tuning into a relaxing nature documentary.

Our Planet viewers reacted especially strongly to the walrus scenes on social media, expressing just how distraught the footage made them. “The clip of the walrus falling of the cliff is the saddest thing I’ve seen in my life, humans really suck,” user @laurensavage132 said on Twitter. Another user said the moment was "the saddest thing of my year so far."

However, despite the upset caused by the harrowing scene, some Twitter users saw the walrus moment as an educational opportunity to raise awareness for the devastating effects of climate change, whether caused by humans or not, and to promote how to help lessen the damage.

Although Netflix rightfully warned the public about the docuseries' harrowing content, the warning advisory shouldn't prevent people from watching. Our Planet is an essential watch for anyone that's not familiar with the dangers of climate change. Hopefully the walruses will inspire some viewers to get involved and help make this world a cleaner, safer place.