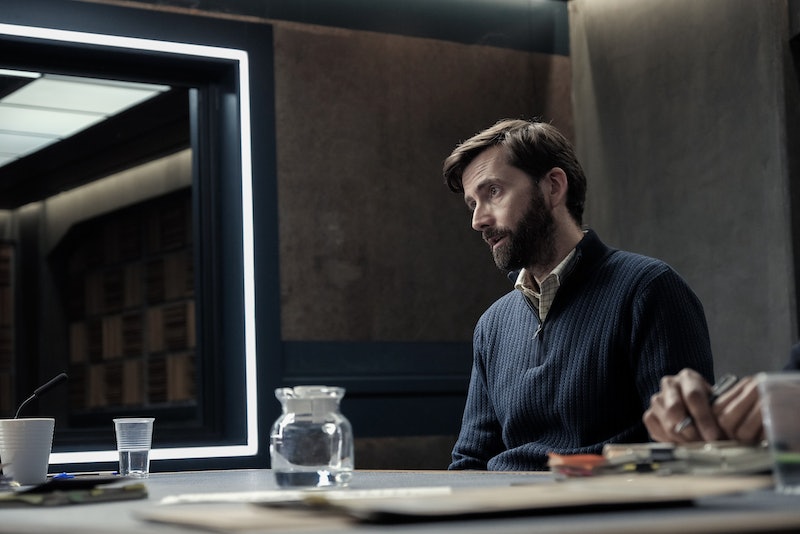 Netflix's new crime anthology tells 12 unique stories across four different countries, with each country having its own unique cast and crew. While Netflix hasn't confirmed if Criminal will return for Season 2 or not, the show's unique structure could allow the show to go on indefinitely. If Criminal returns, it could bring new writers and actors together, telling new stories in new countries that fit in within the interrogation-based structure that the series introduces in its first season.

In each episode of Criminal, a suspect in a crime is questioned by a group of interrogators and members of a larger police unit. While the interrogated guest stars cycle out every episode, the interrogators and police workers recur for three episodes each, before the series moves on to a new country and a new recurring cast. Viewers interested in taking in the full international flavor of the show can take in all 12 episodes of the first season, or simply take in the 3 episodes featured in their native language, or just hop around the series willy-nilly and watching whatever story interests them. It's kind of a fun way to watch a show.

While the future of Criminal is as ambiguous as the some of the show's most confounding criminal cases, there are plenty of aspects about Criminal that would benefit from more episodes.

The show's first season features stories from the U.K., France, Germany, and Spain. While the show's first season is a European affair through-and-through, future seasons of the show could allow for opportunities in other popular Netflix markets, such as the United States, Japan, India, or Brazil. Netflix has produced original series from each of those countries before, so it would make sense that Criminal could use its easily repeatable structure to appeal to other markets.

Part of the appeal of any crime procedural is the chance to see recognizable actors play conniving criminals as series guest stars. David Tennant and Hayley Atwell have both played crimefighters in Broadchurch and Agent Carter, respectively, but Criminal will see them on the wrong side of the law. The series not only allows guest stars the opportunity to strut their acting skills, but will introduce international viewers to accomplished performers that primarily work in other languages — and could provide more buzzworthy performances if the show returns for more episodes.

The question at the center of every episode of Criminal is "is this subject guilty?" which is up to the interrogation team and the viewer to discern for themselves. The unique structure of Criminal introduces, and possibly answers, a new mystery with every episode. Since most episodes don't need to re-introduce the supporting cast members, the show is able to dig right into the central crime of each episode creating a unique type of television whodunnit-style case. This means that the show can be handed off to different writers and directors much like fellow Netflix anthology Black Mirror is.

Criminal is a one-of-a-kind show, extending a rigid structure across multiple countries. While the series may go down as a one-and-done television oddity, the show's structure lends itself to the possibility a Season 2.

More like this
Here’s Why Danny Masterson’s Hyde Isn’t In 'That '90s Show'
By Brad Witter
'That '90s Show' Is Officially Coming Back For Season 2
By Gretchen Smail and Grace Wehniainen
This 'One Tree Hill' Wardrobe Error Is Going Viral On TikTok
By Brad Witter
Keyla Monterroso Mejia Is Finally The Star Of The Show
By Gabrielle Bondi
Get Even More From Bustle — Sign Up For The Newsletter
From hair trends to relationship advice, our daily newsletter has everything you need to sound like a person who’s on TikTok, even if you aren’t.