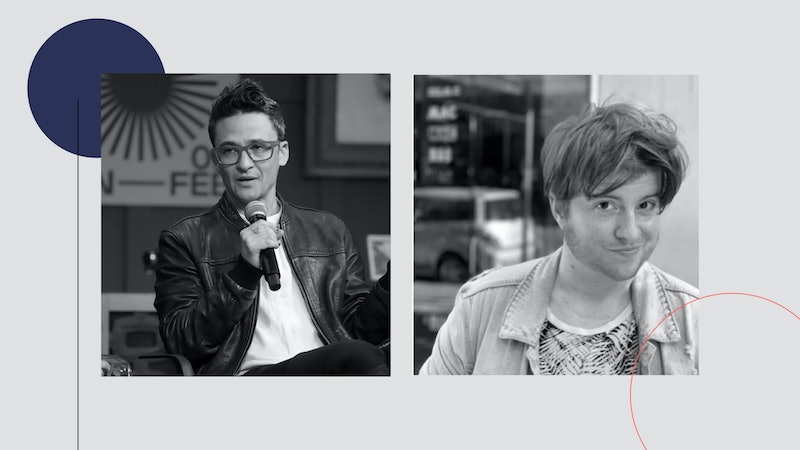 To put it mildly, Hollywood's relationship with the transgender community is a complicated one. To this day, proper, respectful representation of trans people on the silver screen remains fairly uncommon, even as the fight for trans rights continues on the world stage. Still, trans representation in entertainment has come a long way in a few decades.

Chronicling the Hollywood film industry's journey in trans representation is the Netflix documentary Disclosure. Directed by Sam Feder, Disclosure offers an in-depth look into how trans stories are shared in Hollywood and, more importantly, the impact these films have had on Americans and their perceptions of trans people. Being able to see yourself represented on the big screen can be a major, life-changing moment, and Disclosure manages to deftly explore those moments, good and bad.

Disclosure initially premiered earlier this year at Sundance Film Festival, around the same time Daniel M. Lavery published his newest book, Something That May Shock and Discredit You, a collection of essays about family, faith, his life, and gender transition. After Disclosure's debut, Feder and Lavery spoke about the film and how it, along with Lavery's book, manages to capture the myriad feelings that come with being trans and seeing yourself represented on the big screen. Below are excerpts of their conversation.

On feeling alone in transitioning

Daniel M. Lavery: There can be a perception that transition is something new. Or something that is only now accepted or understood. And I think one of the things that's really meaningful about a [documentary] like [Disclosure] is looking at various points of history when there has been acceptance of trans people. So realizing like, 'Oh, I didn't myself invent this 18 months ago!,' is always really, really useful. Because I think many of us can arrive at transition feeling like, 'I'm the only person who's ever felt this way,' or 'I haven't seen anyone talk about this.' There can be this sense of: where's the history? Where's the archives of this?

One of the things that I attempted to do in the book has been [to] grapple with that instinct within me that's like, 'Did I invent this? Am I the first person to feel this way?,' Which meant going back and taking a look at what have other people had to say about transition in literature, transition in film, or transition in stories from the Bible.

On the difficulties of hiring a transgender crew

Feder: One of the most challenging and rewarding [parts of this documentary] was finding trans crew. There's just not that many trans people who have gotten the experience or gotten the opportunity to work, but I was really committed to prioritizing hiring trans people. So I spent many, many months and interviewed and spoke with people all over the country. When we couldn't find the trans person, the non-trans person hired mentored a trans fellow. So that took up a lot of time, but it was the most rewarding aspect behind the scenes.

On the conflicting feelings of seeing yourself on screen

Feder: It was incredibly painful to watch a lot of this footage [about transition in Hollywood]. It's like, wow, I didn't have enough of this imagery in my brain already, now it's just thousands of hours. But it's really rewarding to now know all this and be able to wrestle with it and reorganize it on my own terms.

Lavery: It's the simultaneous distress and excitement that comes from seeing even a snippet of something that looks like transition on screen. When I think about something like Star Trek and the idea that in 1969, there was kind of an episode about somebody transitioning in Star Trek, even though it was wildly misogynistic and totally pessimistic about the idea of transition, it was also thrilling to see it. But I think oftentimes engaging with that history can also be really complex, because it's like it's here, and it hurts, but at least it's there, at least there's a representation.

"It's the simultaneous distress and excitement that comes from seeing even a snippet of something that looks like transition on screen."

Feder: That reminds me of this moment in The Celluloid Closet where someone who was interviewed [for it] talks about [seeing] a film that had lesbians in it. She called one of her best friends, she's like, 'Oh my god, you'll never believe, there's this scene with two lesbians, okay, they were vampires, but it's okay, they were in the movie.' We're constantly struggling with that, with the joy of seeing oneself despite the pain of what's coming along with it.

In Disclosure, there's a section on The Crying Game. It's a pretty difficult moment in the film, and people are talking about how disturbing it was. But then Zack [Drucker] comes in and says, "You know, at the time when I saw The Crying Game, I didn't realize how problematic it was. I just saw this beautiful woman with a penis." So I think everything is always nuanced and complicated and we can really hold all those things and love things critically. I hope people feel that way when they watch Disclosure.