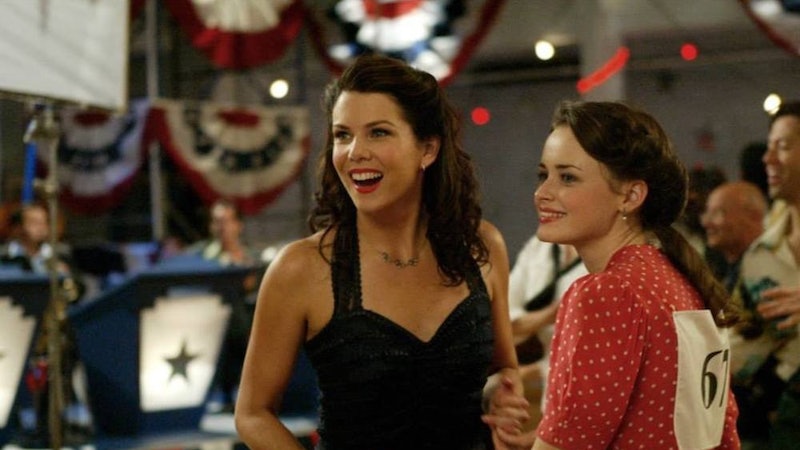 In a press release sent to Bustle, the synopsis for Ginny & Georgia reads,

"Angsty and awkward fifteen-year-old Ginny Miller (Gentry) often feels more mature than her thirty-year-old mother, the irresistible and dynamic Georgia Miller (Howey). After years on the run, Georgia desperately wants to put down roots in picturesque New England and give her family something they've never had... a normal life. For Ginny, that means navigating a prestigious school, rising popularity, and complicated love interests. But it's not all carpool and Kombucha as Georgia's past threatens her and her family's new way of life.”

Kombucha just might be the new Luke's Diner coffee.

Ginny & Georgia will also star the following as series regulars: Diesel La Torraca as Austin, Ginny’s “sweet, innocent, perpetually unkempt younger son;” Schitt’s Creek’s Jennifer Robertson as Ellen, a working mom and neighbor of the Miller family; Felix Mallard as Marcus, the “edgy, bad boy across the street;” Sara Waisglass as Maxine, a popular girl and Marcus’ twin sister; Friday Night Lights’ Scott Porter as Mayor Paul Randolph, the mayor of Wellsbury, Massachusetts; and Narcos’ Raymond Ablack as Joe, a local farm to table restaurateur who “can't help but notice when Georgia moves to town.” Luke Danes, is that you?

Debra J. Fisher, who has worked on shows such as Being Mary Jane, Alias, and Criminal Minds, will serve as showrunner, while Anya Adams, who is known for her work in GLOW and Black-ish, will direct. On the heels of the announcement, showrunner Lampert took to Instagram to celebrate the news. She captioned a screenshot of the news, “So so so overwhelmed and grateful you have no idea. This project has been a dream working with the best team, best writers, best casting, best executives, best producers, and now most incredible cast and crew.”

She continued, “special shout out to our female pilot director EP @gogoanya and female showrunner and all around bad ass @debrajfisher and two female leads @briannehowey and @toni_bonea and @cgalvin12@adriana__nassar and everyone at @netflix for trusting and believing in me and this. And of course my mom @audreylampert to who I am told to make clear did NOT inspire this”

Following the news, social media users were quick to parallel the synopsis to that of Gilmore Girls. The 2000 series, which ran for seven seasons on the WB (and later, the CW), similarly followed mother-daughter Lorelai (Lauren Graham) and Rory (Alexis Bledel) as they navigated life, love, and prestigious schools in a New England town. The series also came back for a four-episode revival on Netflix in 2016.

The A.V. Club even had some fun with their social copy and referenced Gilmore Girls.

An official release date has yet to be announced, but where a Gilmore Girls-inspired show leads, fans will no doubt follow.