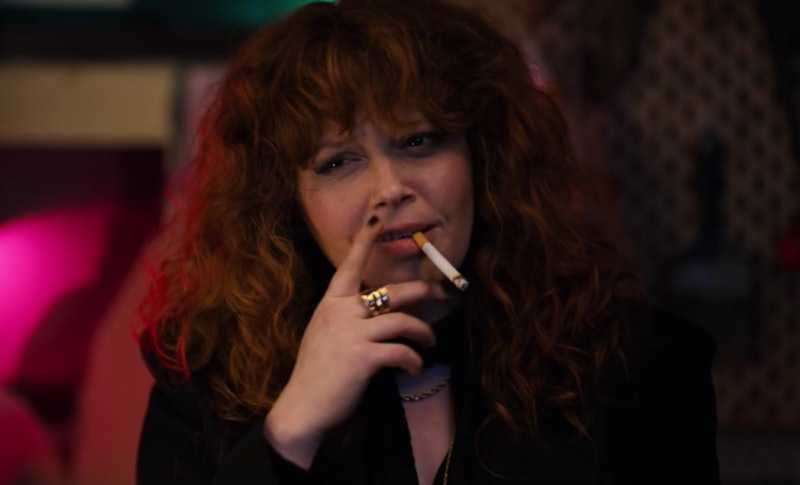 In 2018, the anti-smoking organisation Truth Initiative found that the depiction of tobacco in popular TV shows was increasing at an alarming rate — especially on Netflix’s original content. The non-profit health organisation recently re-evaluated their findings, and the streaming site topped the list again “with nearly triple the number of tobacco instances compared with the prior year.” In response to this study, Netflix will reduce the amount of smoking broadcast in its original shows.

“Netflix strongly supports artistic expression,” a Netflix spokesperson told Variety in a statement. “We also recognise that smoking is harmful and when portrayed positively on screen can adversely influence young people.” Moving forward, shows that are PG-13 or under will not depict characters smoking cigarettes or e-cigarettes, “unless it’s essential to the creative vision of the artist or because it’s character-defining (historically or culturally important).”

Obviously, Netflix isn’t the only platform whose shows depict tobacco use, but, as Truth Initiative wrote in their report, “Netflix programs continued to display much more tobacco than broadcast or cable.” A significant example of this is Stranger Things, as “researchers found that 100% of [the series'] episodes coded included tobacco.” As Variety points out, in the organisation’s study they conducted last year, there was a “44% increase in smoking depictions from the freshman run, climbing from 182 in season 1, and 262 in the second season.”

As the Truth Initiative notes, “the proliferation of tobacco imagery is not limited to Netflix” and is as prevalent in original programming from other streaming services such as Amazon and Hulu. Researchers also discovered that the “number of tobacco depictions in the sample of episodic programming aired on broadcast or cable TV increased by close to 150%, or two and a half times, between the two seasons.” So, while Netflix may be the focal point of this study, this issue isn’t solely down to them.

“Content has become the new tobacco commercial,” CEO/President of Truth Initiative Robin Koval told Variety. “We’re seeing a pervasive re-emergence of smoking imagery across screens that is glamorising and re-normalising a deadly addiction and putting young people squarely in the crosshairs of the tobacco industry.”

Truth Initiative also points out that “results suggest that approximately 28 million young people were exposed to tobacco through television and streaming programs in these most popular shows alone,” and it needs to be addressed immediately. Also, according to the U.S. surgeon general, “those with higher levels of exposure to tobacco use in movies are twice as likely to smoke compared with those with less exposure.”

This issue has also affected British audiences, as BBC News reports that “[m]ore than 70 people complained about seeing smoking on Love Island in 2017 and the issue even got raised in the House of Lords.” In this discussion, Lord Storey “accused ITV and the contestants in the villa of glamorising smoking” and questioned what message this displayed to young people.

Since this was raised, islanders cannot be seen smoking on screen. They are still allowed to smoke, but they have to do so in a designated area outside the villa. “We are treating it like smoking in a workplace. Everyone’s used to it at home — you can’t smoke in a restaurant, you can’t smoke at home,” Angela Jain, managing director at ITV Studios Entertainment, told the Radio Times last year. “So we just created a very clear separate area at the front of the villa. There will still be a camera on it but it won’t be as attractive a place to go into a huddle and have a conversation.”