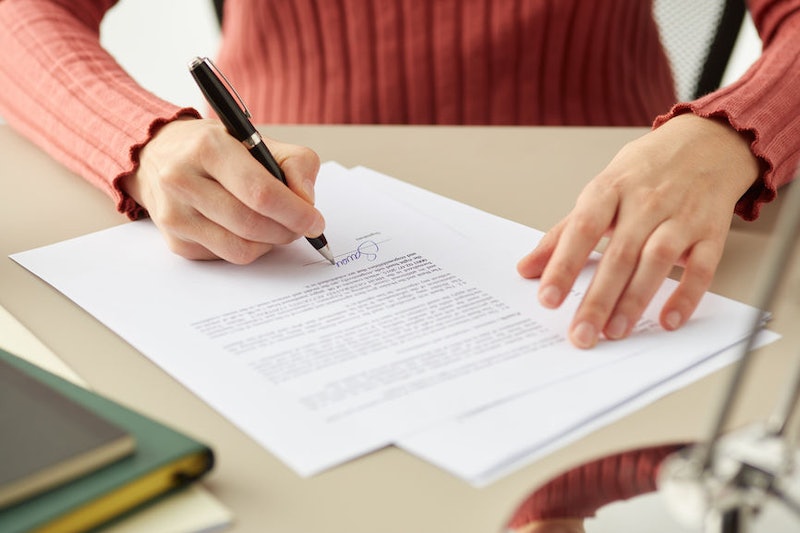 Couples will be able to separate faster and with more ease with the introduction of new divorce laws for England, Wales, and Northern Ireland. Justice Secretary David Gauke pledged today (April 9 2019) that he would put forward new legislation in regards to divorce as soon as parliamentary time becomes available.

According to the Guardian, under the current laws in England, Wales, and Northern Ireland, those wishing to file for a divorce without their partner's consent must do so on "fault-based" grounds (alleged adultery, unreasonable behaviour, or proof of desertion). The new rules mean that the person seeking divorce will only need to make the case that the marriage has broken down irreversibly. Currently, filing under fault-based grounds are quicker. The whole process takes roughly 3-6 months, in comparison to "no-fault" divorce, which takes far longer. A "no-fault" divorce (ie. when both sides agree to it) will be granted after two years of separation. As the Guardian explains, "In the absence of consent or evidence of fault, applicants should wait until they have been living apart for five years."

Justice Secretary David Gauke believes these new changes in the law will help end the "blame game" that often happens in the break down of marriages. He told BBC News:

"Frankly, we are not going to keep marriages together by having a divorce process that just makes it more acrimonious [and] tries to apportion blame in such a way that the couple are likely to have a weaker, poorer relationship subsequently than they would otherwise do."

The new laws could help prevent conflict and animosity that often occurs during fault-based divorces, which will make the divorce process easier for those involved, including any children. According to the Independent, chief executive of charity Relate, Aidan Jones, said these changes will help with co-parenting:

“The outdated fault-based divorce system led parting couples to apportion blame, often resulting in increased animosity and making it harder for ex-partners to develop positive relationships as co-parents. While divorce isn’t a decision people tend to take lightly, we do support the extension of the minimum timeframe which will allow more time to reflect, give things another go if appropriate, and access support such as relationship counselling or mediation.”

According to the Guardian, demands for the overhaul in divorce law occurred after a woman named Tini Owens tried to divorce her husband and the supreme court rejected her appeal. Owens wanted to divorce her husband on the grounds that she was unhappy, but when her husband refused to agree, the court would not grant the divorce, saying the couple would have to stay married until 2020. The pair have been living separately since 2015.

Historically, it's been particularly difficult for women to end marriages in the UK. According to the Guardian, the 1857 Matrimonial Causes Act meant men could divorce women for adultery but women had to come up with extra proof on top of adultery to divorce their husbands. Although a private members bill in 1923 made it slightly easier for women to divorce spouses, proof was still necessary. As the Guardian reports, the "big change" came in 1969 with the Divorce Reform Act, which allowed couples to divorce after they had been separated for two years (if both agreed to the divorce), or five years (if it was only one person filing for it).

"However, divorces continued to favour men," the Guardian writes, "with the award and maintenance for the less-wealthy spouse — usually the woman — being calculated based on needs, until the White v White case in 1996. Martin White and his wife Pamela had run a farming business, worth about £4.5m during their 33-year marriage. At first Pamela White was awarded £800,000, but she took the case to the court of appeal, then the House of Lords in 2000, and was finally awarded £1.5m."

Hopefully this new law will give married women seeking divorce in greater choice and power, allowing them to file for divorce on the basis of their own happiness rather than just the wrongdoings of their partners. No one should have to wait until adultery, unreasonable behaviour, or desertion occurs to be freed from a marriage that's affecting their wellbeing.

The reformation of this outdated law will really change how divorces are dealt with in England, Wales, and Northern Ireland. Divorce doesn't have to be messy, tumultuous, and damaging for families. This new law will hopefully allow couples to end their marriage on more amicable terms.

More like this
5 Ways To Stand In Solidarity With Women In America From The UK
By Sophie McEvoy
Boris Johnson’s Leadership Is In Question – Again
By Bustle UK
Windrush Victims Are Still Waiting For Compensation
By Sam Ramsden
Adele’s All-Female Lineup Includes Kacey Musgraves, Mahalia, & Self Esteem
By Shahed Ezaydi
Get The Very Best Of Bustle/UK