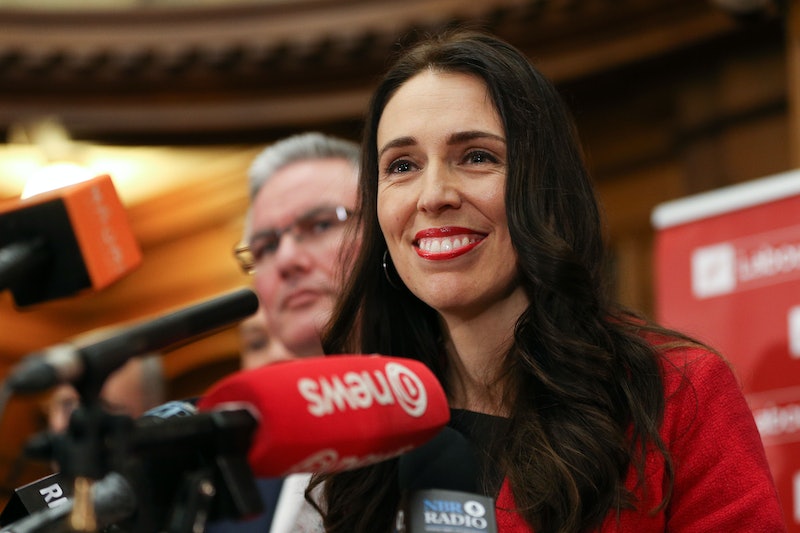 On Tuesday, Jacinda Ardern was elected leader of New Zealand’s Labour party. At 37, she is the youngest person ever to lead the party and only the second woman to do so. The night Ardern was elected, a TV presenter asked the politician about her pregnancy plans, and, the next morning, a radio host repeated the assertion that people have the right to know about a female leader’s family planning.

There are not enough face-palm gifs in the world to cover this.

Thankfully, Ardern clapped back beautifully, making it abundantly clear how inappropriate such questions are, while also highlighting the very real concerns of many professional women that having children — or even the potential that they might have children — will negatively impact their careers.

On Tuesday night, Ardern appeared on the TV show, The Project. Host Jesse Mulligan asked her, “A lot of women in New Zealand feel like they have to make a choice between having babies and having a career or continuing their career … is that a decision you feel you have to make?” Ardern replied that she didn’t mind being asked the question because, she said, “I have been very open about discussing that dilemma because I think probably lots of women face it.” She added, “For me, my position is no different to the woman who works three jobs, or who might be in a position where they are juggling lots of responsibilities.”

On Wednesday morning, the hosts of the radio program, The AM Show, debated the appropriateness of the question. Host Mark Richardson insisted, “If you are the employer of a company, you need to know that type of thing from the woman you are employing.” He asked, “The question is, is it OK for a PM to take maternity leave while in office?”

Arden responded definitively, making it abundantly clear that, though she has chosen to be open about such matters, it’s not OK for women seeking office or employment to be questioned about their reproductive plans. “It is totally unacceptable in 2017 to say that women should have to answer that question in the workplace; it is unacceptable, it is unacceptable in 2017,” she responded. “It is a woman’s decision about when they choose to have children and it should not predetermine whether or not they are given a job or have job opportunities.”

She also pointed out that male politicians and employees are almost never questioned about their family planning, saying, “Would you ask a man whether or not they are likely to have kids in the future?”

It’s ludicrous that Ardern has been in office for only a day, and yet the dominant headlines about her are about her future baby-making plans. Fortunately, Ardern seems well-equipped to handle such questions and unafraid to point out just how backward and inappropriate they are.