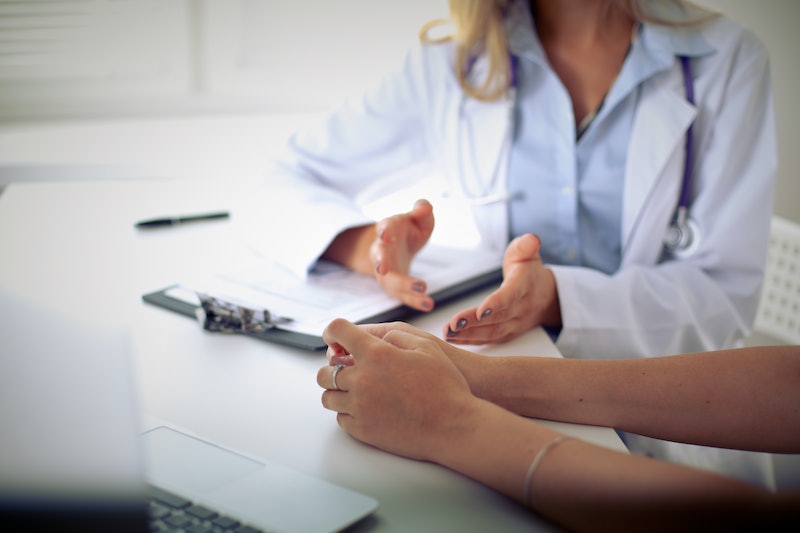 A new report from The Women and Equalities Committee has suggested that LGBTQ people don't always receive the same level of care as the rest of the population when it comes to health services. The committee made up of MPs has said that LGBTQ people should be treated equally, but not identically, to other groups, and that work needs to be done to improve the "deep inequalities" in the health outcomes for LGBTQ communities.

Speaking about the care for LGBTQ people, the Committee have stated, "While some of the disparities have been uncovered, many of the inequalities remain hidden, as data collection is poor and patchy across health and social care services." The Committee have said that GPs and nurses should be asking about a person's sexual orientation when they come in for an appointment, but few seem to be doing so. As a result, the NHS cannot "formulate strategies to tackle inequalities."

Not only should practitioners be asking about their patient’s sexual orientation, but they should also be fined for not doing so, the report states:

"If sexual orientation monitoring remains optional, health disparities will remain hidden across the services that choose not to implement it. In line with ethnicity monitoring, sexual orientation monitoring should be made mandatory across all NHS and state social care providers within the next 12 months. Any service provider who does not implement it should face fines at a level equivalent to those imposed for not monitoring ethnicity."

LGBTQ people often have more health issues compared to the rest of the population, the report says, yet they receive lower levels of health care. Among the health issues are high levels of smoking and alcohol consumption. In addition, cis bisexual women are twice as likely to have cervical cancer as other women. LGBTQ people are more susceptible to mental health problems too, the report states. For example, more than four in five young trans people have self-harmed at some point, compared to one in ten young people in general, according to research from Stonewall and the University of Cambridge in 2017. Yet, professionals focus on sexual health rather than a broader spectrum of health needs.

The report cites the 2018 National LGBT Survey, which points out that inadequate health care can "lead to LGBT people opting out of services for fear of poor treatment." The survey also revealed that some respondents "were concerned that elderly care, such as in-home carers, supported, and sheltered housing and care homes, were heteronormative spaces where elderly LGBT people were left 'invisible.'"

To improve services, the report suggests that the General Medical Council (GMC) and Nursing and Midwifery Council (NMC) should ensure that "LGBTQ content" is included in the curriculum at every medical school, and urges the GMC "to look again at its curricula to truly assess whether the mandatory training for these specialties includes LGBT content and, if they are found lacking, to revise them." They also state that "more and clearer information is required to help LGBT people to take a complaint forward." To achieve this, the government "should help fund more capacity in national health advocacy services as part of the LGBT Action Plan. The GMC and NMC should, in addition to this, produce information specifically for LGBT patients that clearly explain what level of service they can expect from their doctor, nurse, or midwife and how to complain if they encounter discrimination."

More like this
Gen Z Are Twice As Likely To Identify As Queer, According To New Data
By Sam Ramsden
'Brookside' Is Coming Back & Soap Opera Fans Are Going Wild
By Sam Ramsden
Watch Jacinda Arden’s Devastatingly Honest Resignation Speech
By Sam Ramsden
Eurovision Has Been Given A Whole New Look Ahead Of Its Liverpool Debut
By Bustle UK
Get The Very Best Of Bustle/UK
Sign up for Bustle UK's twice-weekly newsletter, featuring the latest must-watch TV, moving personal stories, and expert advice on the hottest viral buys.