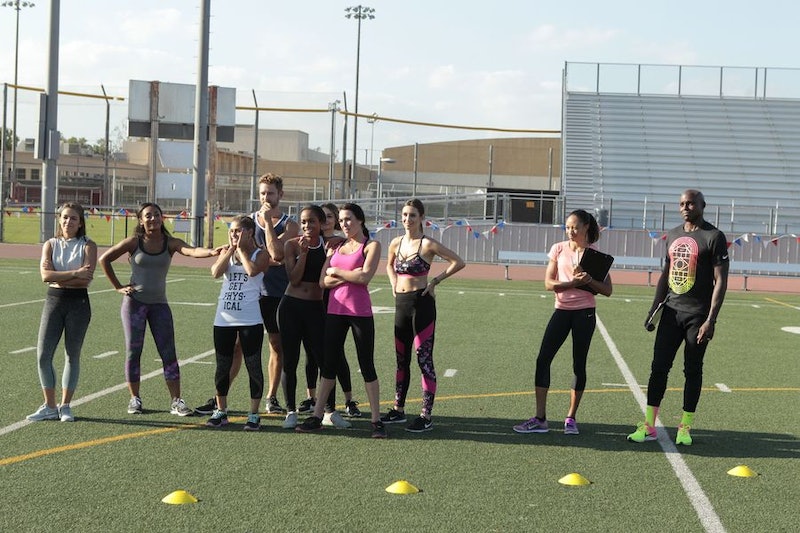 It’s a Bachelor fake out, you guys! The show already had a two-on-one date, so I was all, “Oh, OK, that drama is over for now,” but no. No, no, no. There’s not one but two Bachelor two-on-one dates this season. The first was with Corinne and Taylor (and it was very dramatic), and the second was with Danielle L. and Whitney. Nick is making a lot of serious decisions this season, huh? Unfortunately, Nick sent Whitney home on The Bachelor, adding another contestant to the list of women unceremoniously dumped on an island (sorry, Olivia).

The difference between this two-on-one date and others that I’ve dutifully watched on The Bachelor was that this one wasn’t that acrimonious. Usually, the producers try and take the women (or men on The Bachelorette) who absolutely loathe each other and save them for the two-on-one special dates. Think Ashley I. and Kelsey, Olivia and Emily, Chad and Alex. Danielle L. and Whitney don’t really have beef with each other. Actually, we haven’t heard much from either woman. They’re not drama magnets, and while I usually would enjoy that, it’s not the traditional two-on-one date. Can I get a "Who cares?" It was all too civil for me, to be honest, even if Whitney said that Danielle L. was not ready for a relationship. That was the meanest thing. That's nothing!

It all boiled down to who Nick could see himself going forward with, and considering that he's already had a one-on-one date with Danielle L. and a little bit more of a relationship with her, Nick opted to take Danielle L. along for a romantic dinner and the rest of a Bachelor date. Whitney, poor, poor Whitney, was left alone, all alone, on the beach. Maybe she can find Olivia and they can band together to form a posse of Bachelor/Castaway rejects. Their very own Island of Misfit Toys! Best of luck going forward, Whitney — you'll meet a guy who won't leave you stranded on a beach, and you'll live happily ever after.