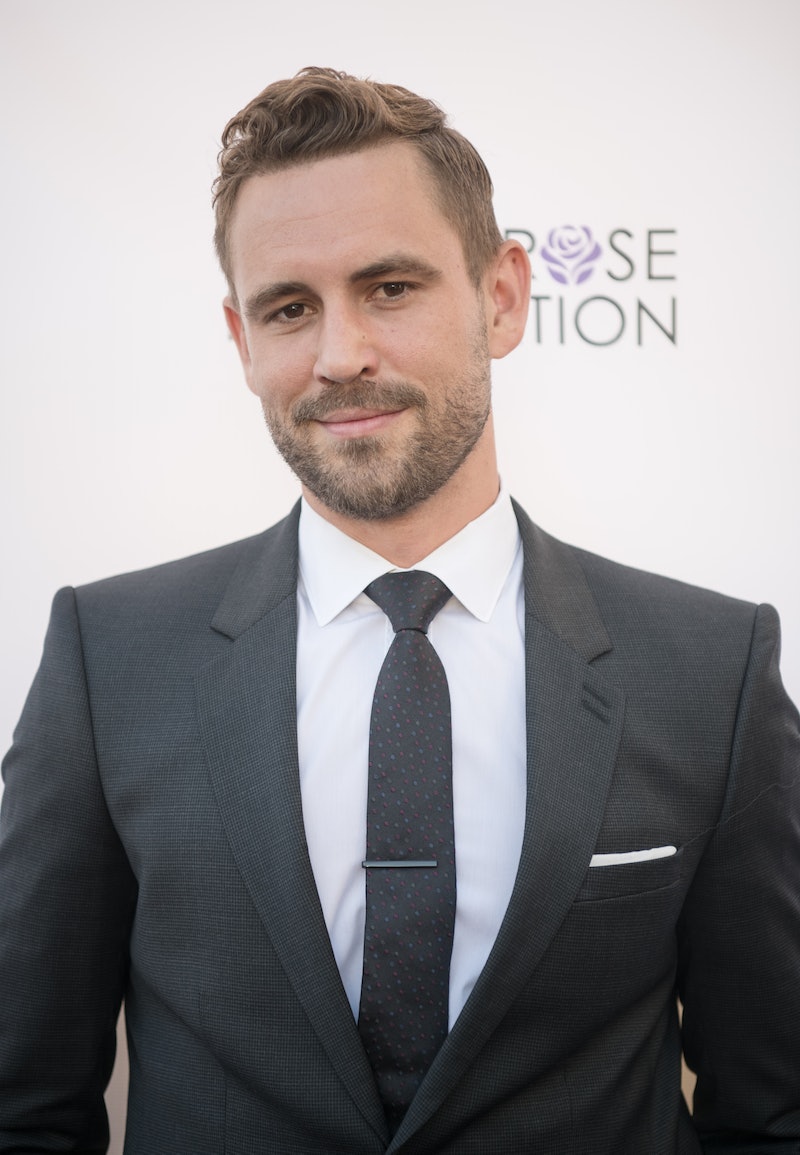 When it comes to the fast-paced world of Bachelor Nation, it can be difficult to keep track of who's dating who. Luckily, former Bachelor Nick Viall is doing everything he can to set the record straight about his current love life. Once again, Nick addressed the rumor that he's dating Demi Burnett during a new episode of his podcast Viall Files, assuring his listeners that the two of them are just good friends, despite what a recent anonymous post on Reddit would have you believe.

"I've been violated," Nick revealed at the start of the discussion. It turns out, he thinks that someone in his building has been spying on him and writing lies about his relationship with Demi on Reddit. A recent post on the site claimed that he and Demi are far more than just friends, implying that the two of them have been secretly seeing each other on the DL. And while Nick admitted on the podcast that Demi has come over to his place to hang out in the past, it's never led to anything romantic. "Demi is a close friend, a dear friend," he shared. "We've become close and I care very much about her."

This isn't the first time Nick has had to come to the defense of his friendship with Demi. After the two of them were spotted holding hands at Demi Lovato's Halloween party, rumors that they were dating went into overdrive. And those rumors only continued to escalate after Demi announced her split from ex-fianceé Kristian Haggerty on Instagram a few days later.

However, Nick made a point of clearing the whole thing up with Us Weekly at the Vulture Festival in Los Angeles on Nov. 9. “I’m not dating Demi,” he told the outlet, though he admitted that his heart is open to the possibility of finding love. “I’m certainly hoping to settle down when the right person comes,” he told the outlet. “I’m not trying to put pressure on myself.”

But for Nick, it's now less about the rumor itself and more about the person in his building who is violating his privacy in such an unnecessary way. And while he hasn't yet been able to confirm the supposed Reddit poster's identity, he has a rough idea of who the individual could be — and he doesn't intend to put up with this behavior anymore. "If you're 'Venice Lurker' please stop spying on me and invading my privacy," he said during the podcast.

As for whether or not this individual will respect Nick's wishes and steer clear of his personal life, only time will tell.