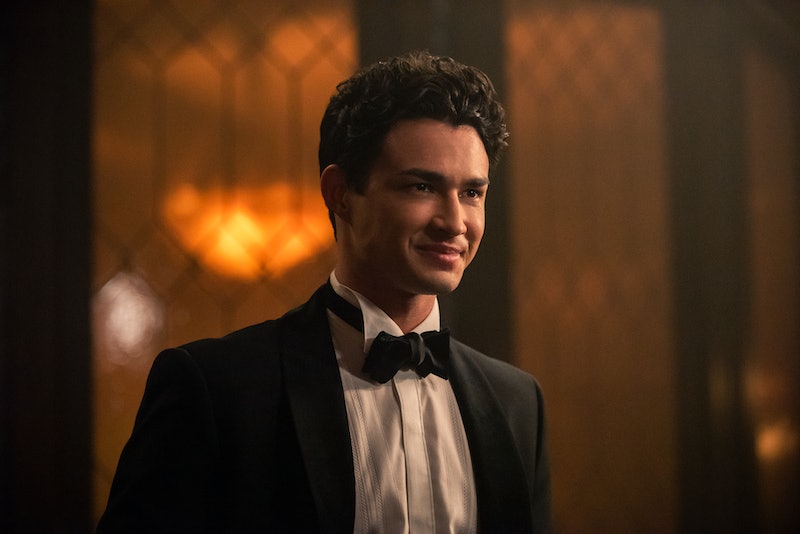 Spoilers ahead for The Chilling Adventures of Sabrina Part 2. Sabrina may have moved on from Harvey, but her romantic drama is far from over. As revealed in the final moments of Chilling Adventures Part 2, Nick's fate means Sabrina and the new "Fright Club" will now have to rescue him from hell, and it won't be an easy feat.

At the end of Part 2, the Dark Lord returns to his original, human-like form and demands that Sabrina be crowned as his queen. But Sabrina isn't having it, even after learning that he's her true father. In order to defeat him, she teams up with Ms. Wardwell and the rest of the coven — or at least, the few witches and warlocks remaining after Father Blackwell poisoned everyone. They then contain the Dark Lord's essence within Nick's body, put a sleeping spell on him that knocks him out, and store him behind the gates of hell. He's not dead, but Sabrina will have to figure out what to do with the Dark Lord so that Nick can go back to being himself.

Is it worth the effort? She and Harvey were always endgame in the '90s, sitcom version of the show, but while there's clearly still love between them, it seems like they're both happier having moved on. And according to CAOS star Kiernan Shipka, who plays Sabrina, he understands her in a way Harvey never could.

"Nick champions Sabrina in a way Harvey couldn't because [Harvey’s] not a warlock, and he doesn't understand witchcraft," she told Entertainment Weekly in a recent interview. "Nick is enthralled with Sabrina and her powers, and that gives her the incentive to explore them more. They're a team. They're partners in crime. In this season of Sabrina's life, it would not work with Harvey. The love for Harvey will always be there, and who knows when she will decide to revisit that, but Nick makes sense for Sabrina this season."

Nick is also one of the only people at Sabrina's new school that looked up to her father (Edward, not the Dark Lord) and his vision for a harmonious future between the witch and mortal world. He accepts both of her identities, respecting her connection to the mortal world while also encouraging her to explore her powers — which is something that Harvey hasn't been able to do.

There is, however, the fact that Nick only got close to Sabrina because the Dark Lord told him to. He says that after he got to know her, he fell in love with her for real, and he did sacrifice himself for the good of Greendale. Still, they should probably talk about that betrayal a little more if and when Sabrina rescues him from hell.

Lilith, who is no longer inhabiting Ms. Wardwell's body, and has ascended to the throne as Queen of Hell, knew Sabrina would not be happy with the solution to use Nick to trap Satan. Will she help her to figure out a better solution, or will the two be at odds again when CAOS returns? That remains to be seen, but one thing's for sure: Sabrina usually gets what she wants when she sets her mind to it, so don't count Nick out for long.