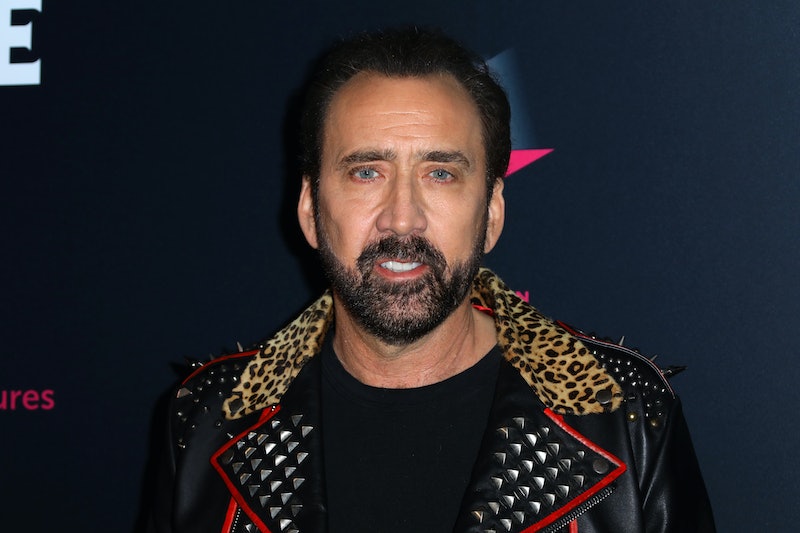 The search for TV's scripted Tiger King is over, and it couldn't have found a more perfect guy. Nicolas Cage will play Joe Exotic in a new scripted series from American Vandal showrunner Dan Lagana and Paul Young. This will be Cage's first television role in his long and illustrious career, and what better project to start off with?

Cage's series is the second scripted show about the Tiger King world that's currently in the works. According to a report from Variety, Lagana and Young's show will be based on a 2019 Texas Monthly article entitled "Joe Exotic: A Dark Journey Into the World of a Man Gone Wild" written by Leif Reigstad. Meanwhile, Kate McKinnon also has a show in the works where she's set to play Carole Baskin, but that series is based on the Wondery podcast Joe Exotic. Neither potential series has a network or streaming service attached yet, but given the fervor surrounding Tiger King's release on Netflix, demand for one or both series could be high.

In recent weeks, several actors, including Jared Leto and Dax Shepard have shared their desire to play Joe Exotic (real name Joseph Maldonado-Passage), but Cage truly is an inspired choice. What captivated viewers about Joe was his outrageous personality, and Cage is an actor who knows how to embrace over the top characters. Need proof? Go queue up Con Air and Face/Off immediately.

The eight episode series is poised to allow Cage to tap into his most outrageous side, while also using the serious acting chops he put on display in films like Moonstruck and Raising Arizona. The article on which the show will be based delves deep into how Maldonado-Passage embraced the character of Joe Exotic and lost himself in feuds with Baskin and Jeff Lowe. Viewers can expect to see "Joe as he fights to keep his animal park even at the risk of losing his sanity," per The Hollywood Reporter.

Even though viewers know exactly how this story ends — with Maldonado-Passage serving time for a murder-for-hire plot against Baskin — Cage is sure to bring new dimensions to the story of Joe Exotic. After all, the National Treasure actor has a mythology that could rival Exotic's. From going on literal quests to at one point owning pet cobras, Cage is, as The New York Times put in a 2019 interview, "Hollywood's greatest surrealist."

Cage hasn't yet spoken out about taking on the role of Exotic, or even what his thoughts on Tiger King are, but his past quotes about celebrity could give viewers an idea of what to expect from his version of the infamous roadside zoo owner. "Earlier in my career I was very specific in my concept of who I wanted to be," he told The Times. "I saw myself as a surrealist. This is going to sound pretentious, but I was, quote, trying to invent my own mythology, unquote, around myself."

Intentional or not, Maldonado-Passage invented his own mythology too, and seeing that mythology filtered through Cage's unique perspective will be wild — for better or worse.