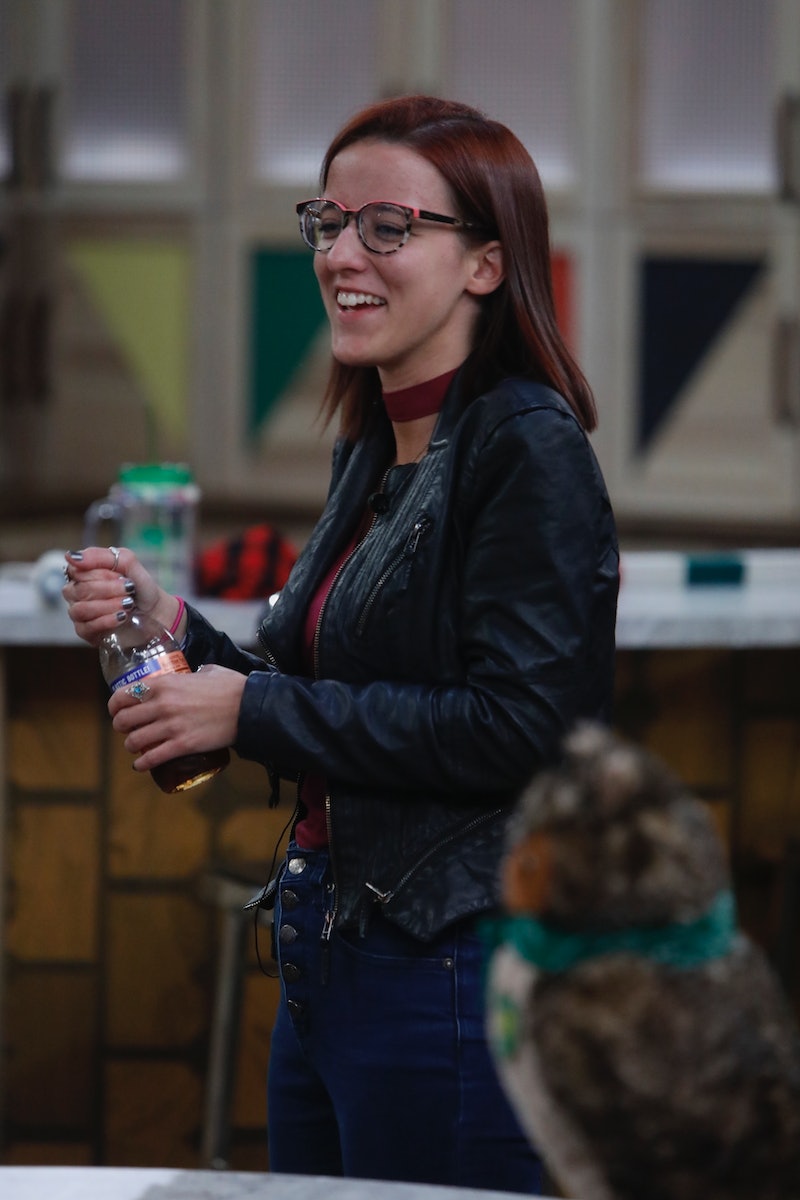 The ultimate Big Brother prize is obviously that $500,000 check, but if you can't win, there's always a bit of a consolation for one lucky contestant: winning America's Favorite Houseguest, as Nicole did on Big Brother 21 during Wednesday night's finale. That victory comes with a cash prize of $25,000 plus the advantage of knowing you're everyone's favorite. Not, it's not the same as winning, but it's the next best thing.

Everyone from Season 21 was eligible to win the prize, including the Final 2 (Holly and Michie) and pre-Jury houseguests like David, Kemi, Ovi, and Bella. However, contestants who are on the show longer typically have an advantage, because they're fresher in the voters' minds. The prize is also a good way for fans to reward a player they wanted to win but who fell short. Nicole fit perfectly into that category.

Last season, Tyler Crispen was the odds on favorite to win, but he came in second to Kaycee Clark. It helped soften the loss for both Tyler and fans that he won America's Favorite Houseguest that year — meaning he walked home with the $50,000 second place prize plus the $25,000 AFH prize. The year before, Cody Nickson won mostly as a way for fans to tell all the players who hated on Cody that they were wrong. Other recent winners include Victor Arroyo, who won several battle back competitions on his season, and James Huling, who won fans over with his funny pranks on the live feeds.

This win by Nicole was well-earned, but she was totally shocked. "I feel amazing. I didn't expect this at all," she told host Julie Chen, breaking down into tears. The votes actually came down to Tommy, Cliff, and Nicole for the win, but with over a million votes, Nicole was the clear choice.

Viewers loved Nicole's game throughout the season, especially once she started coming out of her shell more. As Nicole said herself on the finale, she came onto the show in a cocoon and emerged a butterfly. Fans saw that side of her, loved it, and rewarded her accordingly.

After her victory, Big Brother fans took to Twitter to celebrate.

"I'd rather be Nicole, win $25k knowing America loves me than be Michie win $500k knowing America hates me," one fan wrote. "NICOLE WON AFP!!!!!!" tweeted another. "I BARELY CLAPPED FOR MICHIE, BUT I LEAPED FROM MY SEAT WHEN SHE WON. I WAS SO HAPPY!"

Even former Big Brother players were cheering her on. "A MILLION VOTES. YES NICOLE," Swaggy C from Season 20 tweeted. Wrote Season 15 winner Andy Herron: "Nicole!!!!! There is justice in this world!!!!!!

It's not the same as winning the whole show, but Nicole can go home with her head held high. She found herself and opened up on national TV, and now she has an extra $25,000 and the love of America to top if off. As far as many fans are concerned, that's a win.

More like this
The 'Big Brother 24' Racism & Bullying Controversy, Explained
By Jake Viswanath
Twitter Is In Meltdown Over The Confirmed Return Of 'Big Brother'
By Sophie McEvoy
All The Celebrity Relatives Revealed On 'Claim To Fame' So Far
By Brad Witter
'Indian Matchmaking's Pradhyuman & Ashima Have Made No Secret Of Their Marital Status
By Brad Witter
Get Even More From Bustle — Sign Up For The Newsletter