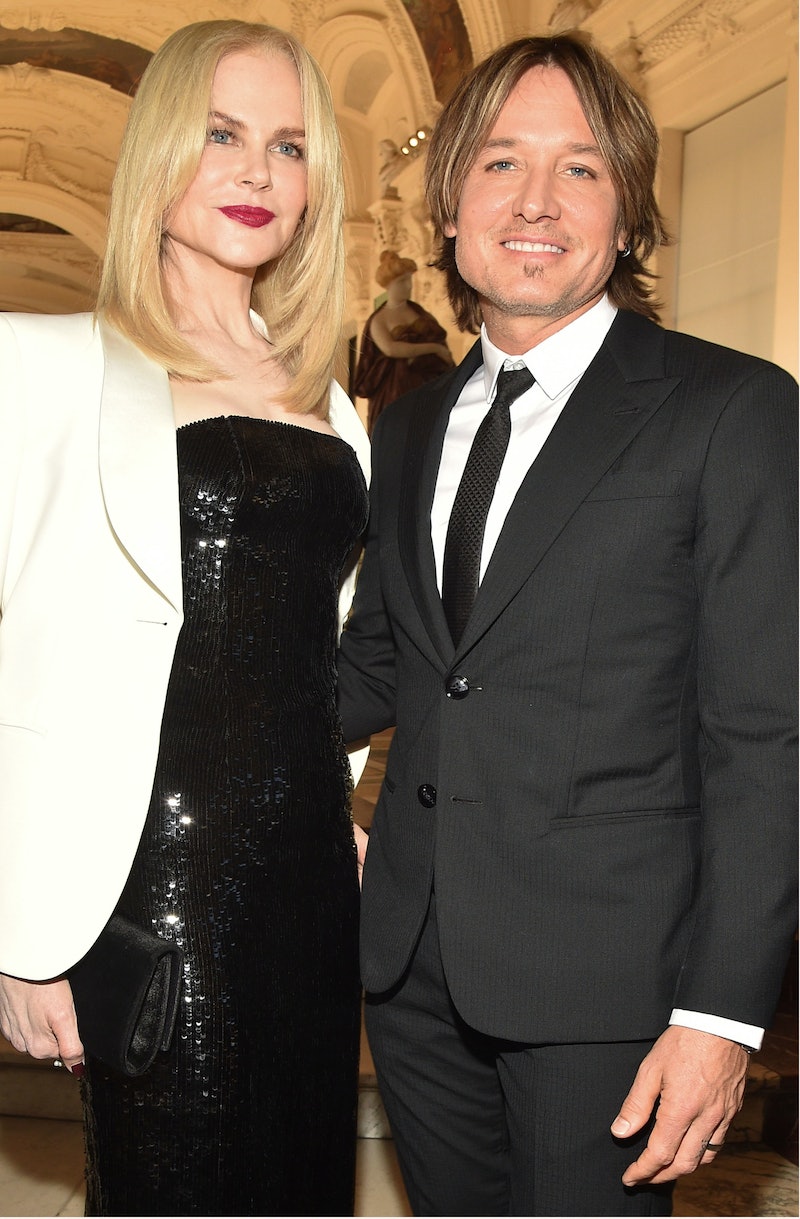 Right now, the Golden Globes are the last thing on Nicole Kidman's mind. On Saturday, Kidman and her husband Keith Urban donated $500,000 to Australia's Rural Fire Services to help fight the raging wildfires ravaging the country. A rep for the Big Little Lies star told People that the couple's home in Australia is at risk of burning due to the ongoing disaster. Despite the looming worry over her home, Kidman attended the Gold Meets Golden event ahead of the Globes on Saturday, per People, where sources told the outlet her concern over the fires in Australia was evident.

The Big Little Lies star is nominated for best performance by an actress in a television series. When reporters on the red carpet asked her about the honor, she admitted to not being fully present. "I'm so sorry. I'm so distracted by what's happening in Australia," she told them.

Kidman's rep told People that the Urban-Kidman home is only under threat, and has not been directly affected by the rapidly spreading flames — yet. "It is under threat," the rep said. "So they are keeping a close eye on it."

Calls for donations and help fighting the fires are rampant, and Kidman asked her Instagram followers to help in any way that they can. In her post, she shared that her family is donating $500,000 to the Rural Fire Services "who are all doing and giving so much right now." The post included a list of resources and links to the local state fire services, including QLD Fire and Rescue, VIC Country Fire Authority, and more.

Urban shared the same list of links. "Our family’s support, thoughts, and prayers are with everyone affected by the fires all over Australia," he wrote. The country artist was born in New Zealand and raised in Australia, per People.

Pink and Australian comic and actor Celeste Barber are among the other celebrities who have pledged donations to the cause. "I am totally devastated watching what is happening in Australia right now with the horrific bushfires," the "What About Us" singer wrote. She donated $500,000.

Barber opened a Facebook fundraiser, asking for her followers' generosity. "Please help where you can," she wrote. "This is terrifying."

At least 24 people have died in the fires, 14.7 million acres of land have burned, and wildlife across the country is dying. Federal Environment Minister Sussan Ley confirmed that up to 30 percent of the nation's koala population could be eliminated.

An Australian news site reports that cooler temperatures and light rain have provided slight relief in some affected areas, but dangerous conditions are expected to return next week, making donations from people like Kidman all the more important.

More like this
Brad Pitt Wants To Share The Spotlight With This Celeb In Shania Twain’s “That Don't Impress Me Much”
By Alyssa Lapid
Harry Styles Is Performing At The 2023 Grammy Awards
By Jake Viswanath
Adam Levine & Behati Prinsloo Welcome Their Third Child Together
By Jake Viswanath
Pamela Anderson’s Dating & Marriage History Could Be Its Own TV Series
By Jake Viswanath
Get Even More From Bustle — Sign Up For The Newsletter
From hair trends to relationship advice, our daily newsletter has everything you need to sound like a person who’s on TikTok, even if you aren’t.