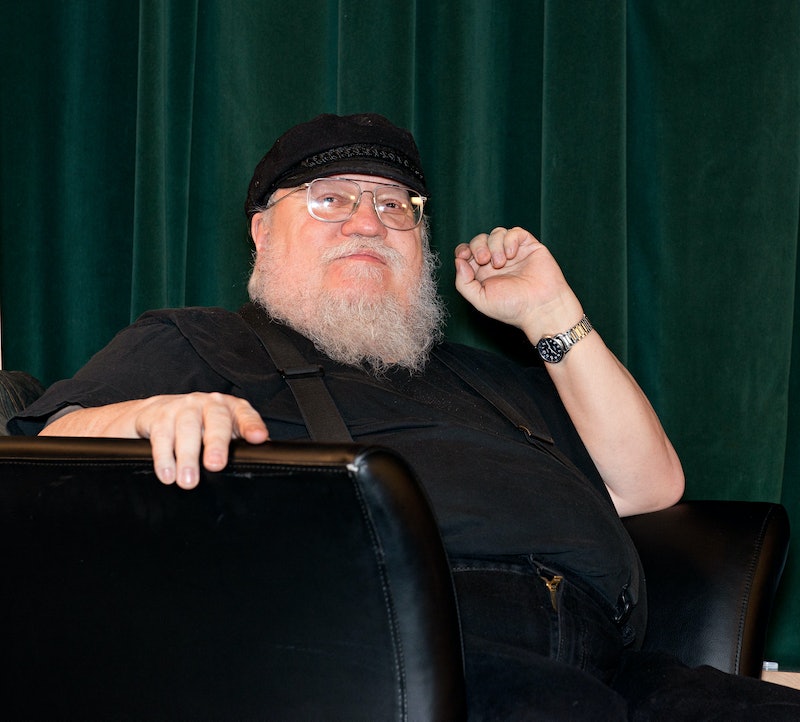 As fans gear up for the Game of Thrones Season 7 premiere, A Song of Ice and Fire readers edge closer to the sixth anniversary of A Dance with Dragons, the fifth and latest of seven planned books in the fantasy series. After six years of waiting on Book No. 6, The Winds of Winter, fans have grown desperate and angry, and George R.R. Martin isn't happy with their demands.

Contrary to popular belief, George R.R. Martin doesn't only write ASOIAF. He's also the editor of the Wild Cards anthology series, which predates A Game of Thrones by five years and has 23 volumes at the time of this writing. So it's entirely understandable that Martin would update his fans on the status of the Wild Cards re-read currently taking place over at Tor.com.

At least one fan wasn't having it, however. On June 9, LiveJournal user slancet27 wrote a comment titled "cmon," which read, in part:

While I am sure there are wild card fans, I'm willing to bet 99% of your fans are for asoiaf. Using the popularity of that to promote wild cards to readers who dont care about it is annoying when you havent provided even a nugget of info about WoW in over a year. Fans are annoyed or angry because they love your work, I'm sure it's a burden but that's why you get the big bucks. [sic]

Martin wasted no time swooping in to tell slancet27 just how wrong they were about Wild Cards. "While it is certainly true that SONG OF ICE AND FIRE has many more followers than WILD CARDS," the author wrote, "I think your 99% to 1% is rather an exaggeration. Wild Cards is pretty popular as well, elsewise it would not have lasted for thirty years and twenty-three volumes (with four more in the pipeline)."

He then challenged the commenter, asking: "Do you really want or need weekly WoW posts all saying, 'Still working on it, not done yet?'" Martin addressed fans' lamentations about the dearth of Winds of Winter content, reminding readers that "a number of sample chapters have been posted on my website, and I've read more of them at cons." But, he says, "[i]t's never enough."

Martin isn't wrong. Despite numerous reports to remind readers that writing takes time, that A Game of Thrones took five years to complete, and that Winds of Winter is probably right on track, given its size and scope, fans continue to demand that Martin deliver the novel A.S.A.P., preferably yesterday. As LiveJournal user werthead points out, "there are literally people out there who assume if you [Martin] go a week and don't mention ASoIaF but do mention football, they conclude that you haven't worked at all on ASoIaF for that week and spent it all watching football instead."

Martin went on to express his frustration with the fact that The Winds of Winter "will inevitably take over any discussion in which [he] allow[s] it to be referenced in any way." Again, entirely understandable, given that Martin is not a soulless book factory whose only job is to churn out the last two ASOIAF books. He has other projects, interests, and thoughts, which he could enjoy sharing with his fans, were it not for those who demand that he spend every waking moment grinding away on The Winds of Winter.

Fans know that Martin is 68 years old — which definitely isn't that old — but many fear that he will die before he finishes ASOIAF. The author has already given away the ending, in a general sense, to Game of Thrones showrunners David Benioff and Dan Weiss. The novels, however, would remain unfinished in the even of Martin's death, per his wishes. Still, Martin has a few choice words for the people who insist that he should get busy writing before he gets busy dying: "I don't see speculation about the possibility of my death as any sort of compliment ... My own hope is to live another thirty years and write thirty more books."