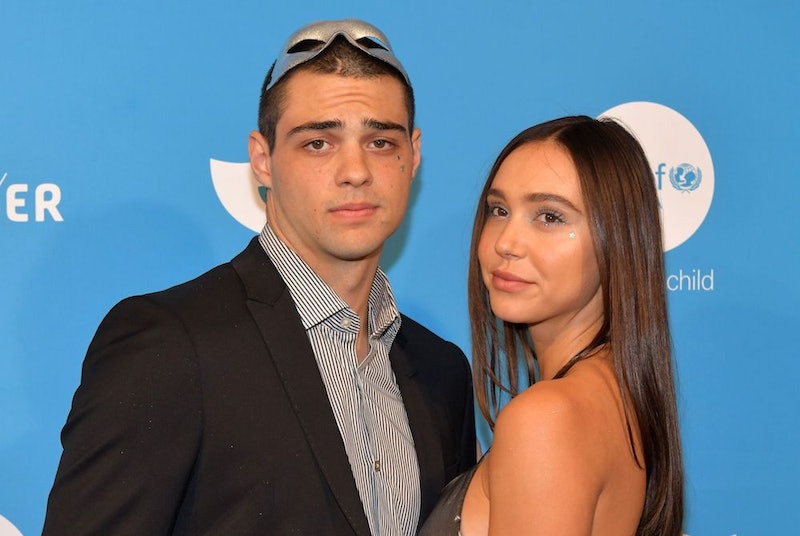 Both donned in silver ensembles, Noah Centineo and Alexis Ren are now red carpet official in coordinated outfits. Centineo, the internet’s boyfriend, and Ren, an Instagram model, made their first public appearance together at the UNICEF Masquerade Ball in Los Angeles on Saturday, Oct. 26 after several months of romance rumors. At their red carpet debut, the To All the Boys I’ve Loved Before actor wore a silver button up and masquerade mask under a black suit, while Ren wore a silver, floor-length dress with a slit on the side.

Centineo and Ren first sparked romance rumors in late September after they were spotted at a Whole Foods together in Los Angeles and later, in Vancouver taking pictures with fans, as per Us Weekly. The two were also spotted at dinner in West Hollywood with a group of friends. “He was with a group of five people,” a source told Us Weekly. “As he walked away, he wrapped his arm around [Ren] and kissed the side of her forehead and kept her in a tight side-hug. It looked pretty lovey to me.”

While romance rumors first emerged in September, Centineo and Ren could be linked as far back as May, as per the publication. The two reportedly engaged in PDA at an airport in Palm Beach, Florida back in May. “He picked her up as she was on my flight. He was waiting for her at baggage claim,” a source told Us Weekly. “He kissed her on the head [and] they were holding hands and hugging.”

Ren, a Dancing With the Stars alum, was last linked to her dance partner Alan Bersten; the two split in December 2018, as per PEOPLE. As for Centineo, the actor was last linked to Lily Collins after they were spotted at the Vanity Fair Oscars party together in February, but PEOPLE later confirmed that the two were just friends. Centineo’s onscreen chemistry with his To All the Boys co-star Lana Condor, on the other hand, has long resulted in fans pining for the two to become a real-life couple.

In an interview with PEOPLE in September 2018, however, Centineo squashed all rumors of the possibility and even spoke fondly of Condor's boyfriend, actor Anthony De La Torre. “From what she’s told me and from what I’ve seen, she’s so happy with her man, and I’m so happy for her with her man,” Centineo said. “[We’re] just friends. Lovely, lovely friends. She’s my favorite.”

Perhaps a To All the Boys double date is in order.