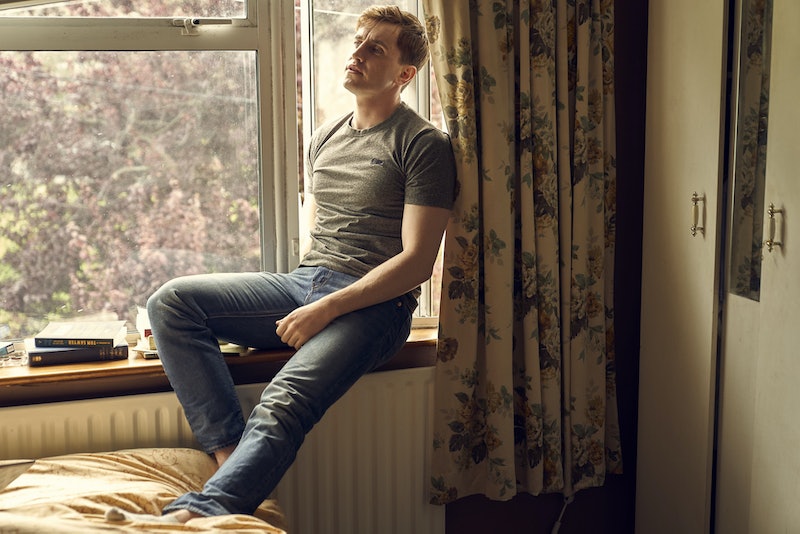 The BBC adaptation of Sally Rooney’s Normal People has been a massive hit, and made Paul Mescal and Daisy Edgar-Jones household names. And while they’ve gained a lot of attention since the show aired, one of Connell’s possessions has also come out on top. And now, Connell’s chain is being auctioned off to support a mental health charity. Here's how to enter the raffle, support a good cause, and own a little piece of Connell, too.

It’s hard not to be mesmerised by the thin, shiny piece of jewellery strung around Paul Mescal's neck. The screen time dedicated to Connell’s dainty chain has meant it now has its own Instagram following. The added layer of the raffle has sent some of us into an absolute frenzy.

On May 25, Mescal shared his cover of Stylist magazine via Instagram, accompanied with a caption detailing the importance of Connell’s mental health in the BBC adaptation and how he’d be raffling one the prized chain in order to raise money for Pieta House in Dublin. The charity provides free therapy to people who have been bereaved by suicide, engaging in self-harm, or had suicidal thoughts.

“In light of episode nine and 10 airing on BBC and RTÉ today and tomorrow, episodes that deal with mental health and suicide, I've decided to support @pieta.house," the heartthrob wrote. "I've personally seen the amazing work this charity has done in terms of helping those in need.” He continued:

“I will be raffling one of my chains by @roxannefirst and all proceeds will be going to Pieta. Anything you can do to support will be greatly appreciated. The link to the raffle is in my bio.”

It’d seem Mescal’s followers can’t adore him anymore as one wrote, “talking about mental health whilst also looking like an actual angel? Come onnnnn.” In the episodes Mescal is referring to, Connell struggles with his mental health after the suicide of a school friend. He reaches out to a counsellor at university but struggles to find the support he needs. In his interview with Stylist, Mescal revealed he met with a counsellor at Trinity College saying, “I wanted desperately for Connell’s pain to feel authentic. A massive percentage of people will experience something that Connell and Marianne are experiencing in regards to their mental health.”

Like so many charities during this time, Pieta has experienced setbacks and a gap in funding due to COVID-19. The raffle for one of Connell’s chains will be open for another 13 days and has already raised over £15,000. Donations start at €10 (£9) for ten entries. You can then donate up to €50 for 60 entries and more if you share the donation page. Entry will close on June 8 at 2 p.m. and a winner will be announced on a Facebook livestream on Pieta’s page at 3 p.m.