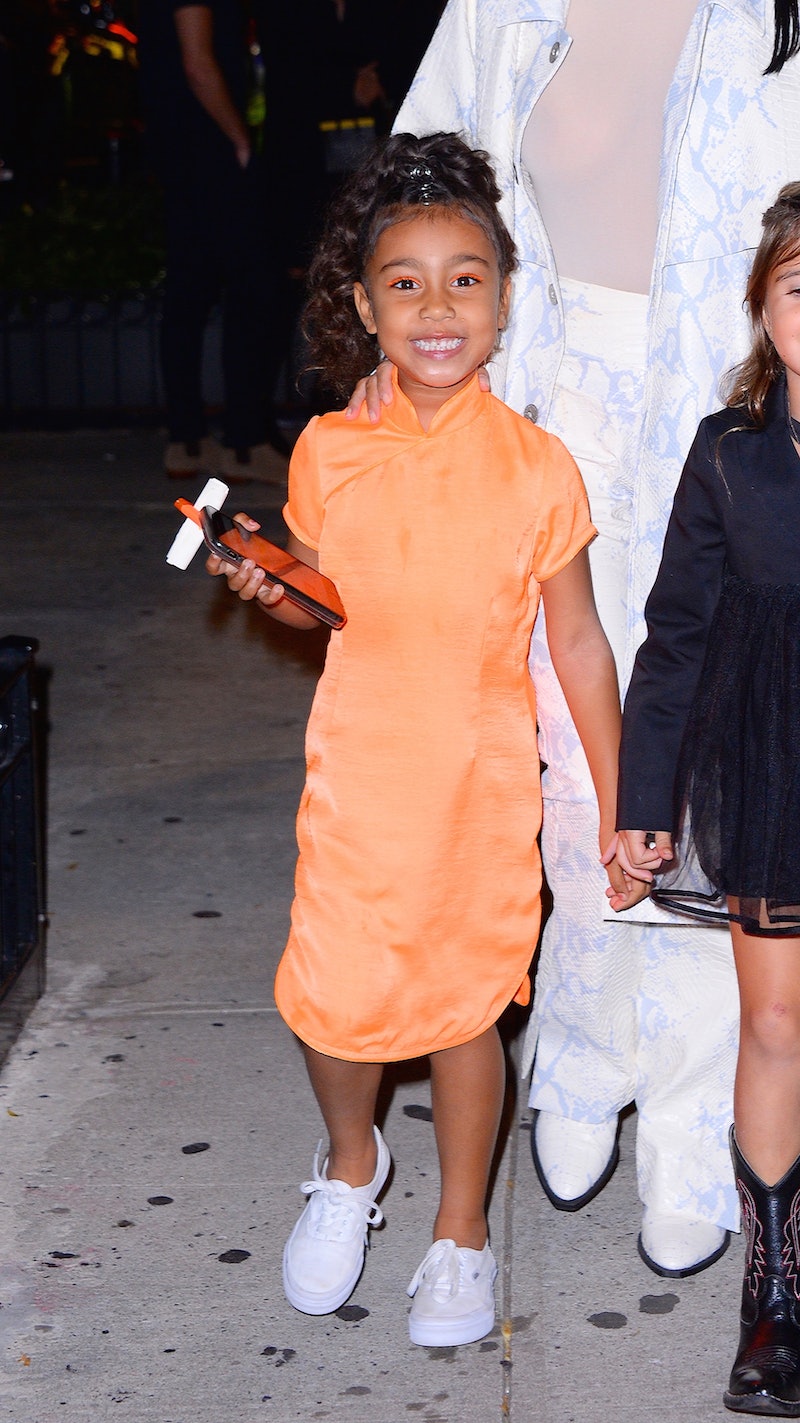 Move over, Kylie. The eldest member of the Kardashian-West family may be coming for your cosmetics crown. North West painted It clown makeup on herself and her siblings and it is a sight to behold.

In slides posted to her Instagram story, Kim Kardashian West explained to fans that her daughter North decided to venture into film makeup and turn herself and her siblings into It's Pennywise the Clown. The resulting looks were pretty accurate. In the first slide, Kardashian-West's followers see Chicago West's face downcast and covered in what seems to be red lipstick. Just like the famous clown, she's got triangles under her eyes and an exaggerated lip line.

Next up, is the artist herself, North. She took things a step further with her own look adding lines from her lips to the bottom of her chin in what Kardashian-West explains is supposed to be blood. While Pennywise is meant to be scary, it's difficult to look at the photo of a smiling Saint West and not immediately think about how cute he is despite the horror film makeup.

Unfortunately, the red lipstick wasn't limited to the Kardashian-West kids' faces. In her final slide of the evening, the KKW Beauty founder revealed that her couch was now also home to a new streak of red lipstick.

North West's latest foray into makeup likely isn't surprising for fans of the famous family. The eldest daughter of Kim Kardashian-West and Kanye West has had a penchant for beauty for a while now. Despite father Kanye West recently restricting the six-year-old's access to makeup, she's still allowed to wear a small bit for special occasions.

During the iconic Kardashian Christmas Eve party in 2019, North West was allowed to wear a pale pink lip color that seems to have been from Kylie Cosmetics. It's actually the second time Kardashian-West and her husband have allowed their daughter to don a shade for a party. In 2018, North wore red lipstick to the same party with her mother explaining to online mom shamers that the makeup was just for a special occasion.

While North West's attention has now moved to both hair and skin care (according to her mother) you shouldn't discount her makeup skills. After all, she's only six years old — imagine what looks she'll be able to create with a little more practice!