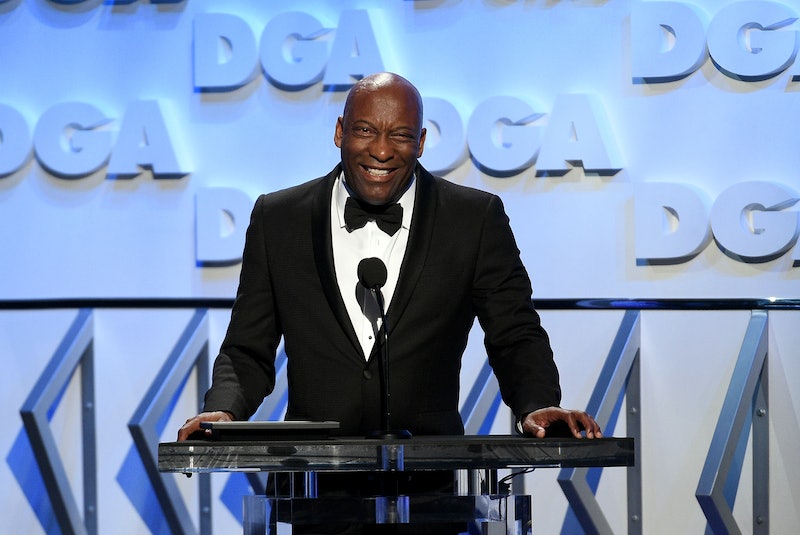 Days after the renowned filmmaker passed away, Barack Obama honored John Singleton as a director who did more than make movies. Writing on Twitter, the former president said that Singleton "opened doors for filmmakers of color," and gave voice to those whose stories are "too often ignored."

"Condolences to the family of John Singleton," Obama tweeted. "His seminal work, Boyz n the Hood, remains one of the most searing, loving portrayals of the challenges facing inner-city youth. He opened doors for filmmakers of color to tell powerful stories that have been too often ignored."

Singleton died in Los Angeles on Monday, his family announced, days after suffering a massive stroke that left him in a coma. He was just 51 years old.

In 1991, Singleton's debut film, Boyz n the Hood, became a runaway hit, and kicked off what would be a long and storied career for the young director. Based on Singleton's own experiences in South Central Los Angeles, the movie grossed $57 million on a $6.5 million budget, helped launch the acting careers of Cuba Gooding Jr. and Ice Cube, and made Singleton the youngest-ever person to be nominated for a Best Director Oscar, according to CNN.

Singleton's Boyz n the Hood didn't just impress people in Hollywood; the film's critical success ultimately won Capitol Hill over as well. In 2002, the United States Library of Congress inducted the film in the National Film Registry, according to Deadline. Even before that, Singleton's voice carried in Congress. In 1992, the filmmaker testified in front of the Senate Labor and Human Resources Subcommittee on Children, Family Drugs, and Alcoholism, according to NowThis News.

That year, Singleton spoke passionately about the need to create safe communities for American children in a hearing called "Children at War: Violence and America’s Youth." The filmmaker told the Senate, "The conditions under which these children live did not just prop up like magic. They were created."

"Anyone with common sense knows that the way to head off a disease is to stop it at the first symptom instead of waiting until the disease has manifested itself," Singleton said. "The same holds true when speaking of the violent environment that many of our children live with in some large American cities." You can watch Singleton's 1992 testimony below.

It's a death that has rocked Hollywood. Various celebrities have come forward to share loving praise for the late Singleton. Actor Samuel L. Jackson tweeted that the he was "mourning the loss of a collaborator and true friend." Jackson wrote that Singleton was an inspiration for aspiring filmmakers and that he remained "true to who he was and where he came from."

Yet another celebrity, Terrence Howard, released a statement on Singleton's death. "The world of entertainment lost a beloved family member and our ability to understand different cultures through a great story teller has now been diminished," Howard stated, according to CNN.

"We loved you John," Howard added, "and our hearts are breaking at the loss of a brilliant man. Until the next dance in the next life."

More like this
Michelle Obama Opened Up About The "Discord And Discomfort" Of Marriage
By Stephanie Topacio Long
Keke Palmer Finally Showed Angela Bassett Her Famous Impression Of Her
By Stephanie Topacio Long
You Definitely Know The Voice Of Shuri's AI In 'Black Panther: Wakanda Forever'
By Brad Witter
Jodie Turner-Smith & Joshua Jackson's Relationship Timeline Includes Her Proposing
By Jake Viswanath
Get Even More From Bustle — Sign Up For The Newsletter