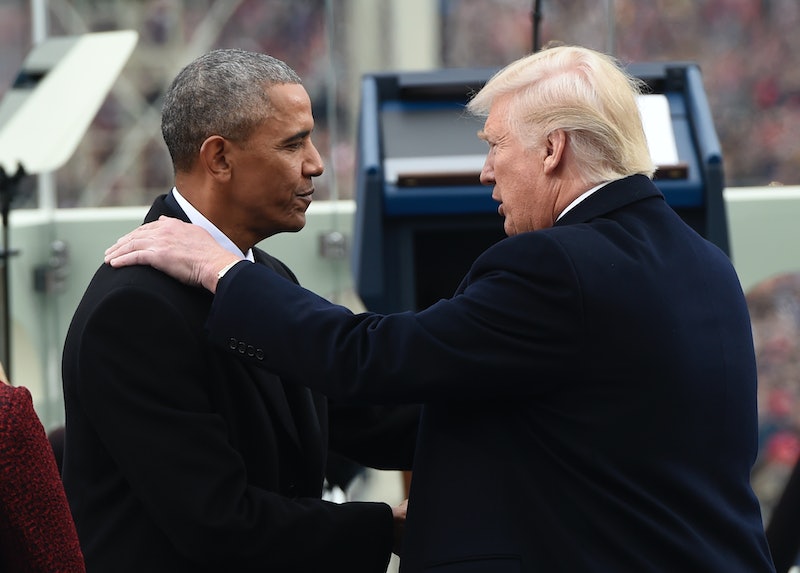 A tragic chemical attack in Syria on April 4 is being called the worst of its kind the troubled nation has seen in years. Several world leaders have spoken out to condemn the attack, including President Donald Trump. But, disappointingly, Trump used his statement on Syria to criticize Barack Obama rather than focus on the crisis at hand and the international response to come.

The attack occurred in a part of the country currently held by Syrian rebels. Several people died, including children, while many others suffered through the negative effects of the poison which may have been a nerve gas. Photos and videos of the scene on the ground show people struggling for air, others unconscious or dead, with a rush of people around them scrambling to help. At 69 people are reported killed.

It's a horrific attack for which U.S. officials are blaming Bashar al-Assad. The Syrian president has a history of killing the people he is supposed to serve. But judging from Trump's statement on the incident, most of the blame falls on Obama's shoulders for not adequately intervening sooner. "President Obama said in 2012 that he would establish a “red line” against the use of chemical weapons and then did nothing," the statement reads, referring to a warning the former president offered in the earlier years of the current Syrian civil war.

However, during the Obama presidency, Trump tweeted about the foolishness of U.S. military intervention in Syria. And, as Middle East Eye shows, he did so at least 13 times.

Many of Trump's tweets from late August to early September 2013 are critical of the "red line" statement that Trump now says Obama should have held to. Though, Trump's current statement on the chemical attack in Syria doesn't acknowledge his apparent flip flop from his past political position.

And, as the New York Times reports, Trump's opposition to intervention in Syria continued beyond 2013. The paper's Linda Qiu points to five statements Trump made, including one from a September 2015 CNN interview in which he says, “Let Syria and ISIS fight. Why do we care?” Trump even opposed intervention in Syria as recently as November 2016, when he questioned Sen. Lindsey Graham's pro-intervention stance to the New York Times.

So, though his inauguration was over two months ago, Trump seems pretty invested in continuing to take shots at Obama. What's less clear are his plans moving forward. The situation in Syria continues to be critical, so let's hope Trump gets his stance down pat soon.