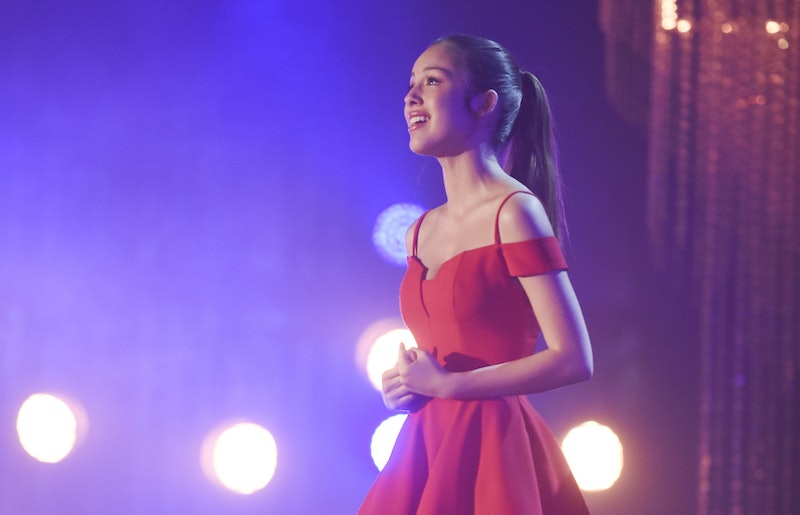 Before joining HSM: The Musical: The Series, Rodrigo starred as Paige Olvera on the Disney comedy Bizaardvark. The show followed two best friends making online music videos, which gave Rodrigo the chance to show off her singing chops. In fact, she even sang its theme song. When the series aired its final episode earlier this year, Rodrigo wrote on Instagram that it was "a privilege to get to grow up with" the show.

Now, she's moved on to Nini, who, as a total HSM fangirl, is ecstatic that she gets to play Gabriella. In real life, Rodrigo was just as excited. "I totally grew up watching [the High School Musical movies]," she recently told Decider, adding that walking into the high school where the HSM trilogy was filmed (and where the series also films) was a particular highlight. "[Sharpay's] pink locker is still there," she said. "It was like, "Oh my gosh. That's where [Gabriella] was when she was crying over Troy in 'When There Was Me and You.'"

Rodrigo also got to write two songs for the show herself. According to Playbill, she penned "All I Want," as well as co-wrote "Just a Moment" with her co-star Joshua Bassett (who plays Nini's ex-boyfriend Ricky, aka the "new Troy.") Per Decider, "All I Want" will be featured in Episode 4, while "Just a Moment" is included in Episode 9. If you want a sneak peak, Rodrigo also writes and performs songs on Instagram — but otherwise, you'll just have to be patient.