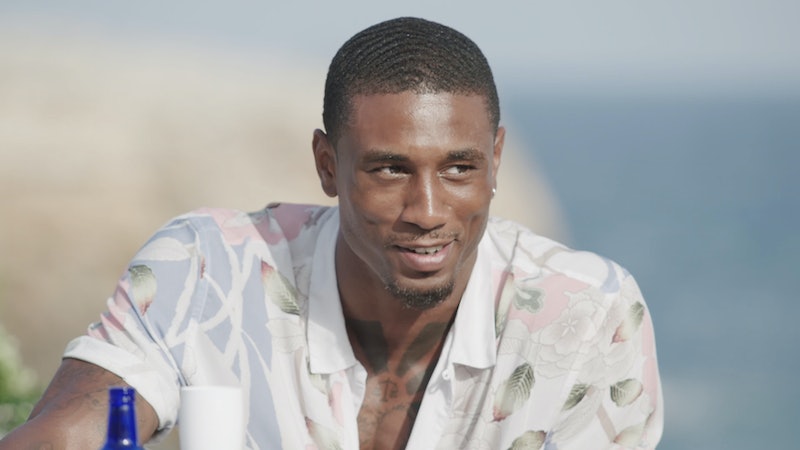 When professional basketball player Ovie Soko stepped into the villa during the hellish week of Casa Amor, the internet practically shut down with amount of thirst and the numerous marriage proposals. Unbelievably, the 6 foot 7 Londoner has been unlucky in love so far inside the villa, but there is no shortage of love pouring in from fans on the internet. Last night, after contestants in the villa had to make a tough decision for one of their fellow couples, Ovie did something so unexpected that "OMG Ovie" started trending on Twitter.

After Danny and Jourdan were sent packing on Monday night's episode, last night saw the remaining couples having to send home one more pair that received the lowest number of votes from the general public. It was between Lucie and George or Amy and Curtis. Couples had to vote in pairs and submit their vote together. Although their relationship had completely disintegrated beyond repair, the majority of the villa wanted to keep Amy and Curtis in, including Anna (who is coupled up with Ovie). Ovie, however, wasn't having any of it and did everything to save his bromance with George.

"I'm alone," He reasons with Anna. "I literally already gave up on the woman I came in here with that I wanted to pursue and then you want to rip my closest mate out of here too?" In the end, the house chose Lucie and the silent wonder George to leave. So Ovie starts crying. Like cry crying — head in hands crying — and although he tried to brush off the tears with, "I'm cool, I'm cool," his gentle sniffles can never be unheard.

Editing can obviously be a bit shady, so we didn't ever see Ovie and George's friendship play out. And unfortunately, George didn't seem like he made an impression with the others, probably because the man appeared to have said the best part of 3 sentences since being in the villa (but, again, editing may have played a role in that). But Ovie's tears meant they must of had something special.

Love Island is the kind of show where men shout at women for being childish when they've just broken said women's hearts (a'hem, Michael), not the place where we see them cry over the loss of friendship. In a world overflowing with toxic masculinity, this display of normal emotion absolutely wiped out Twitter. So he's tall, funny, talented, and emotionally mature? Who is the real winner of Love Island here?

But on top of that, "OMG Ovie" has been used on Twitter for practically anything cute or funny the 28-year-old says or does in the villa. Washing his legs in the outdoor shower? OMG Ovie! Wearing an adorable bucket hat in bed? OMG Ovie! Asking politely if he can be the bottom of the human love heart for Tommy's weird girlfriend proposal? OMG Ovie! Giving a sad Amber a shoulder to cry on? OMG Ovie! The truth is, a nice, handsome man with morals in Love Island is a rarity.

Ovie's had a tough time in the Love Island villa. He first went into Casa Amor with hopes of wooing fellow Londoner Anna who was still technically coupled up with Jordan. Although their romance was short lived, Ovie needn't worry. The queue for his hand is marriage is already winding around the corner.