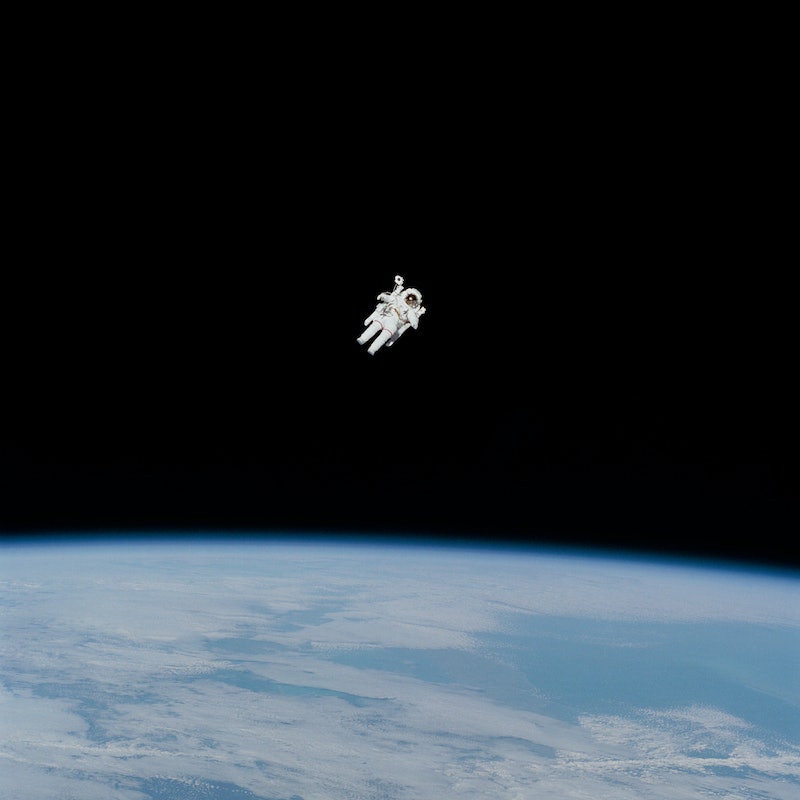 Feeling a little Sally Ride today? It's National Astronaut Day, the holiday on which every whippersnapper with an interest in the stars gets herself excited about the potential to one day be floating among them. There is, however, more to getting into space than just putting on a suit and jetting off into the stratosphere. While Hidden Figures highlighted the achievements of women of color in the early days of NASA, and figures like engineer Margaret Hamilton (who coded Apollo 11 by hand) are becoming more widely known for their contribution to space history, the reality is that female involvement in our understanding of the world beyond ours didn't begin when we started building spaceships. In fact, women have been some of the greatest movers and shakers in astronomical science for centuries.

Some women who were likely prominent figures in their era are, alas, largely lost to time; for instance, all we know about the 10th century astrolabe maker Mariam al-Astrulabi is that she lived in Aleppo and made astronomical instruments for the Emir.

Others, however, have made their mark more potently — often while working in environments of grotesque sexism that physically and educationally placed barriers in the way of their achievements. When it comes to our understanding of the stars, there are a lot of women to thank.

More like this
Your Daily Horoscope For August 10, 2022
By Mecca Woods
Samsung Just Dropped 2 New Foldable Smartphones
By Michelle Toglia
TikTok Is In Its Elle Woods Era
By Meguire Hennes
13 Selfie Instagram Caption Ideas That Exude Main Character Energy
By Jessica Booth and Emma Carey
Get Even More From Bustle — Sign Up For The Newsletter